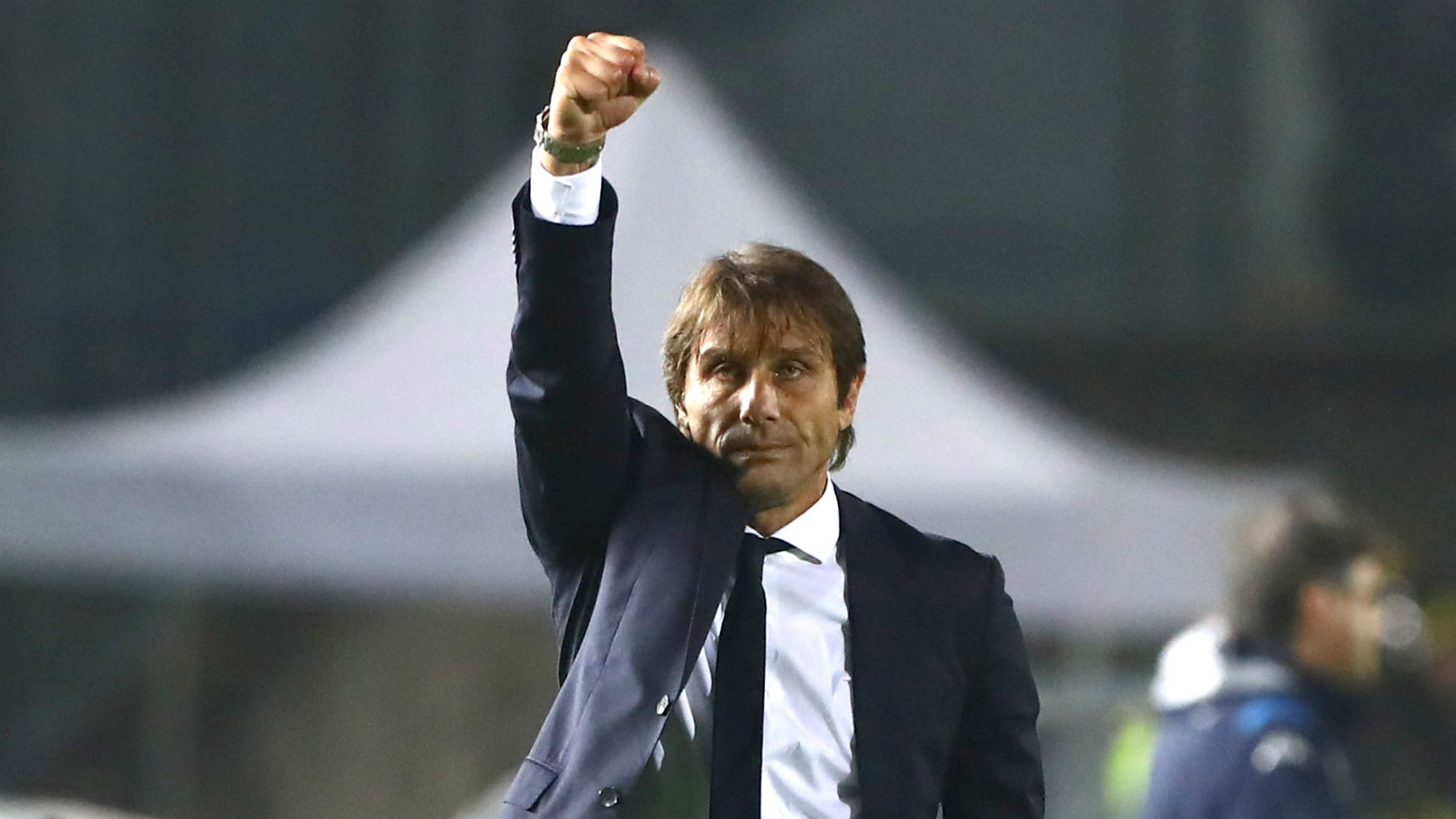 
Inter head coach Antonio Conte believes his side's fighting spirit will help sustain their efforts to challenge Juventus for the Serie A title.

Conte's side came back from a goal down at Bologna on Saturday to clinch a 2-1 victory which kept the pressure up on defending champions Juventus.

Romelu Lukaku secured the points for Inter with an injury-time penalty after he had earlier cancelled out Roberto Soriano's opening goal for the hosts, moving Conte's men top and two points clear of Juve, who have played a match less.

Conte told Sky Sport Italia: "Our objective was to become credible, to emerge with a shirt soaked through with sweat. We are achieving that.

"I knew that this job was a very, very difficult challenge for me in many ways.

"I like to seek out something tough, as my history speaks for itself, I always arrived in critical moments for top clubs and with hard work took them back to where they deserved.

"I did that at Juventus and at Chelsea, I hope with hard work to do the same at Inter.

"What makes me happy is working with a group of great lads who give everything and today they didn't let their heads drop or negative thinking to set in.

"The lads showed great inner strength to fight back and turn it around. We can be proud of what we're achieving this season."

Conte has urged his players to simply ignore Juventus' results and instead only concentrate efforts on what they can influence.

"We need to focus on ourselves and not think about what anyone else is doing," Conte said.

"We must work on improving ourselves and sending these signs to above all our fans.

"It's an excellent sign, because it can be too easy to judge when things are going well.

"A team that reacts to difficulties and turns them into a victory is a great sign."

Conte was also impressed with the manner in which Lukaku and Lautaro Martinez linked up.

Belgium international Lukaku took his tally to nine goals in 11 Serie A matches for Inter with that brace.

Although Martinez did not get on the scoresheet, his rapport with Lukaku on the pitch caught the eye.

"Potentially they can be the Inter partnership for another 10 years," added Conte.

"I had studied Lautaro a little before coming here. He is a centre-forward, but at the same time also a second striker, so he's atypical.

"Lukaku is an unusual striker too, because he has this physicality of a centre-forward, but if you give him space to run into, he is devastatingly fast.

"Above all I'm happy with the work they are both doing off the ball."