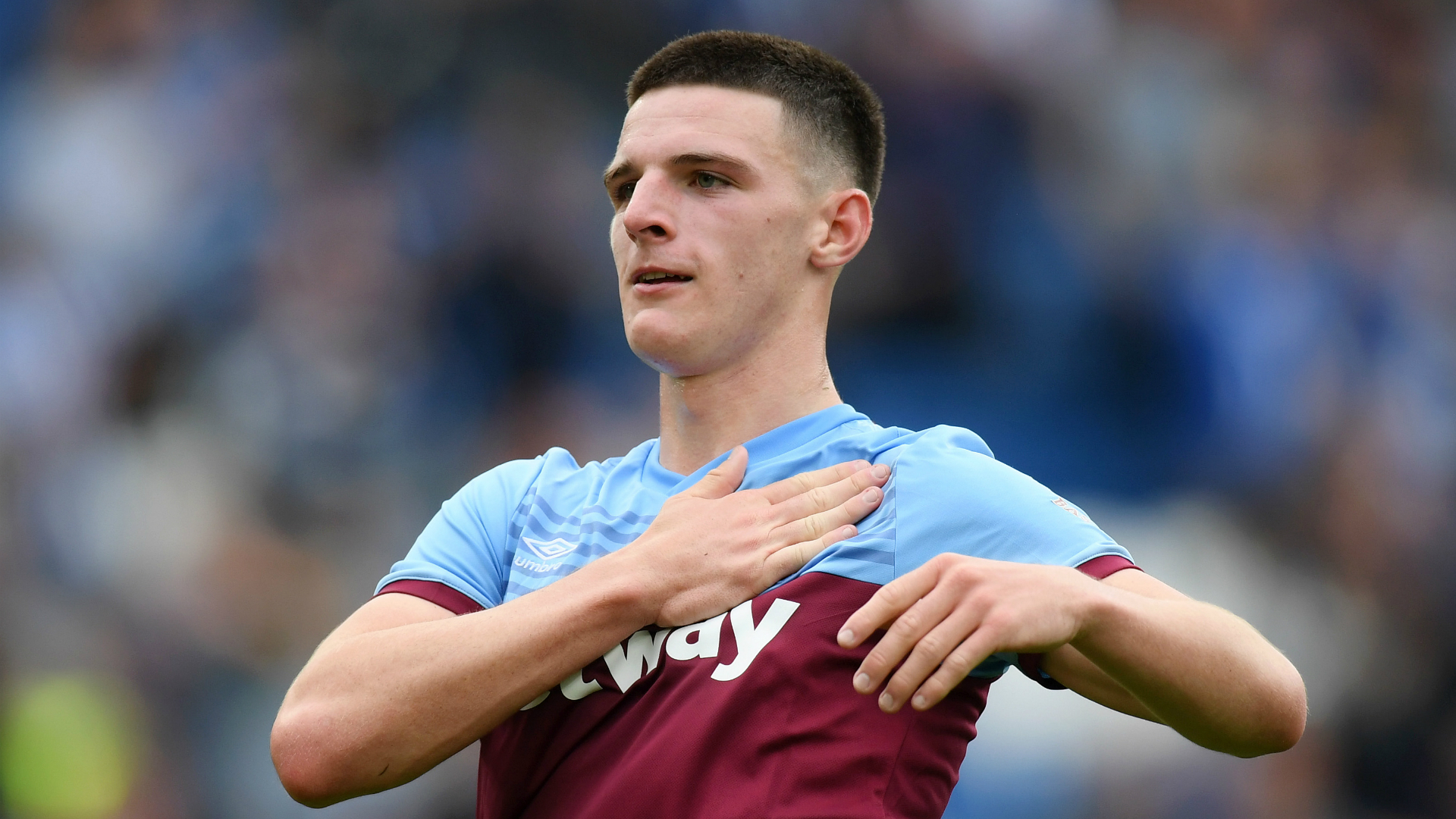 
Declan Rice has insisted he would not have signed a long-term contract with West Ham if he was targeting a move to Manchester United.

England international Rice agreed a new deal at the London Stadium in December, tying him to the Hammers until 2024.

Speculation over his future still arose during the close season as United reportedly considered making an approach amid a concerted effort from Ole Gunnar Solskjaer to refresh his squad.

But as the clubs prepare to meet in the Premier League this weekend, midfielder Rice made his loyalties clear.

"I've signed a long-term, five-year contract last season and if I didn't want to sign it, I wouldn't have done it," Rice told The Mirror.

"It makes me a West Ham player for the next five years and I'll be giving my best for the team and the supporters.

"All I can do is to keep my head down, play my football and I'm not taking any notice of what's going on outside."

"I’m still only 20-years-old and as a holding midfielder I’ve still got so much to learn. I’ve just got to keep my head down and keep working hard. I’ve got a manager who believes in me and I just need to keep playing my football." - @_DeclanRice pic.twitter.com/vb7z1pFrEK

West Ham and the Red Devils are level on eight points ahead of Sunday's match, the two clubs having both won two of their opening five games.

Victory at home would boost the Hammers' belief of breaking into the European places this term, a stated aim under Manuel Pellegrini.

"As a club, we want to get into Europe and his track record says he usually gets there," Rice said.

"If we make it this season that's a bonus, but we need to keep pushing.

"We produced a great performance at home to beat United 3-1 last season. We know it's another massive game and a chance to move up the table.

"Every time we play the top clubs, we look forward to it and we know the place is going to be rocking on Sunday."