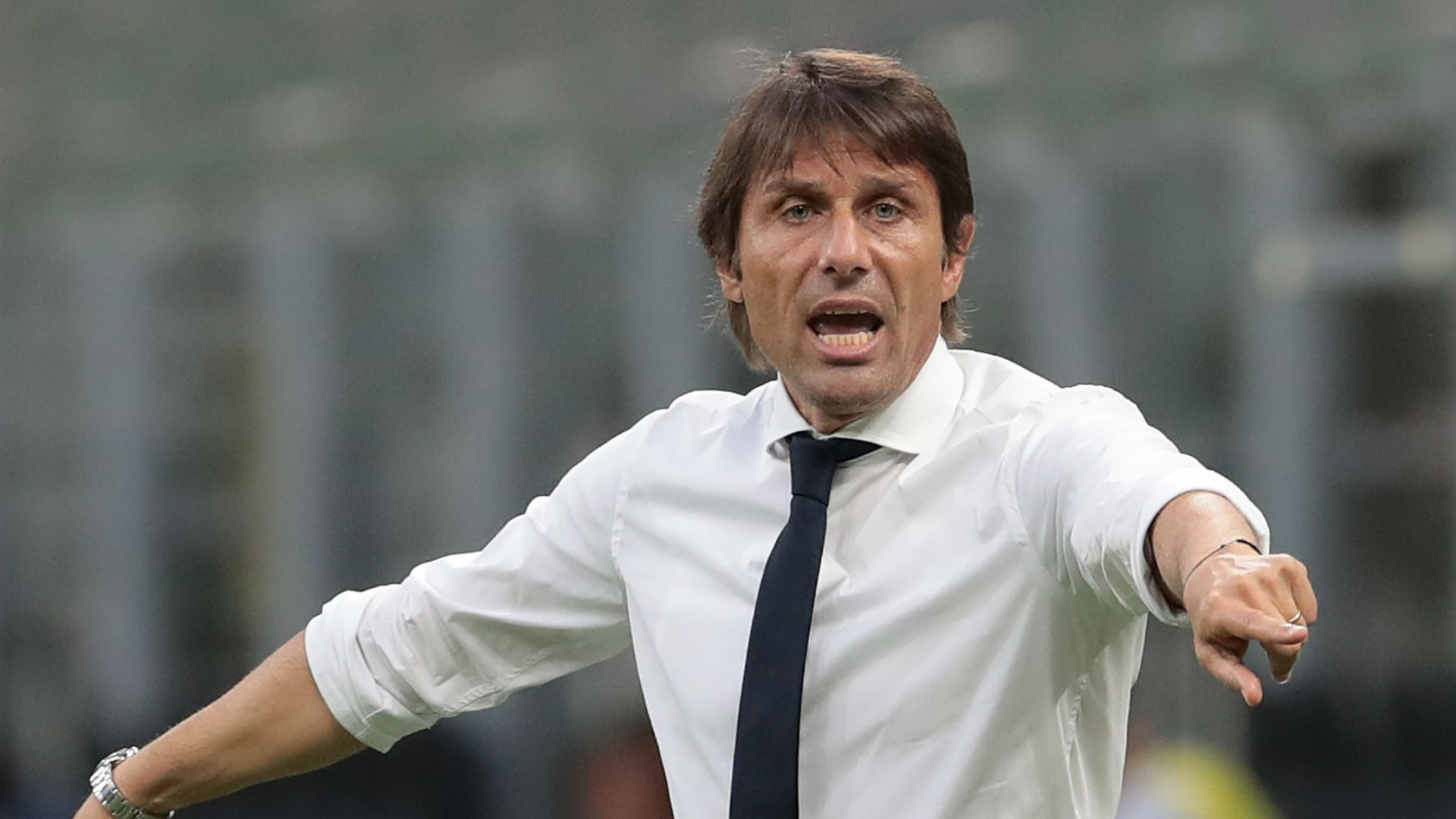 
Inter head coach Antonio Conte said he will not "hesitate" to leave if the club are unhappy, though the Italian remains committed to the Nerazzurri project amid question marks over his future.

Conte joined Inter at the start of the season but there have been reports the former Chelsea and Juventus boss could leave at the end of the 2019-20 campaign.

Doubts have emerged amid Inter's struggles and Conte's frustrations, with the team failing to fire since the Serie A returned last month after the season was halted in March due to the coronavirus pandemic.

Inter leapfrogged Lazio into second position in the table, eight points behind leaders Juve with six games remaining, following Monday's rallying 3-1 win at home to Torino and Conte was asked about his future.

"I was called to Inter for a three-year project, to bring them back where they deserve to be," Conte told Sky Sport Italia. "Inevitably, that takes time. I came here with so much enthusiasm. I have faith.

"I started a three-year project and [my contract] lasts three years. After that, if they want to extend my contract... I'm happy, I know there's a long way to go, but I don't want to overstay my welcome.

"If everyone's happy with the job I'm doing, and I think that's the case right now, from what I've been told, then I don't see why we shouldn't go on.

"If they're not happy with the job I'm doing then I won't hesitate to step aside."

Inter have seen their Scudetto bid derailed following a home defeat to Bologna and a draw with Hellas Verona, and they fell behind in the 17th minute on Monday.

Andrea Belotti was gifted the opener after Inter goalkeeper Samir Handanovic fumbled a corner at the Torino star's feet at San Siro – heaping further misery on Conte and his stuttering side.

But Inter – without Romelu Lukaku – rallied in the second half thanks to goals from Ashley Young, Diego Godin and Lautaro Martinez, who ended his five-game scoreless drought.

Conte added: "I honestly think we started the game very well. Then there was this corner kick. It was a period where there was an incident and we conceded a goal.

"I find it sensational that Samir messed up: he hardly makes mistakes. Overall, I think it was a game we dominated.

"The goal could've made us nervous and caused us problems, but we did well to score our goals.

"We're much less predictable than we were before as now we attack with more men. The result must crown the effort we put in and when it doesn't, it disappoints me.

"We've been punished excessively by certain incidents, but we're on the right track: playing attacking football and overloading our opponents' box."