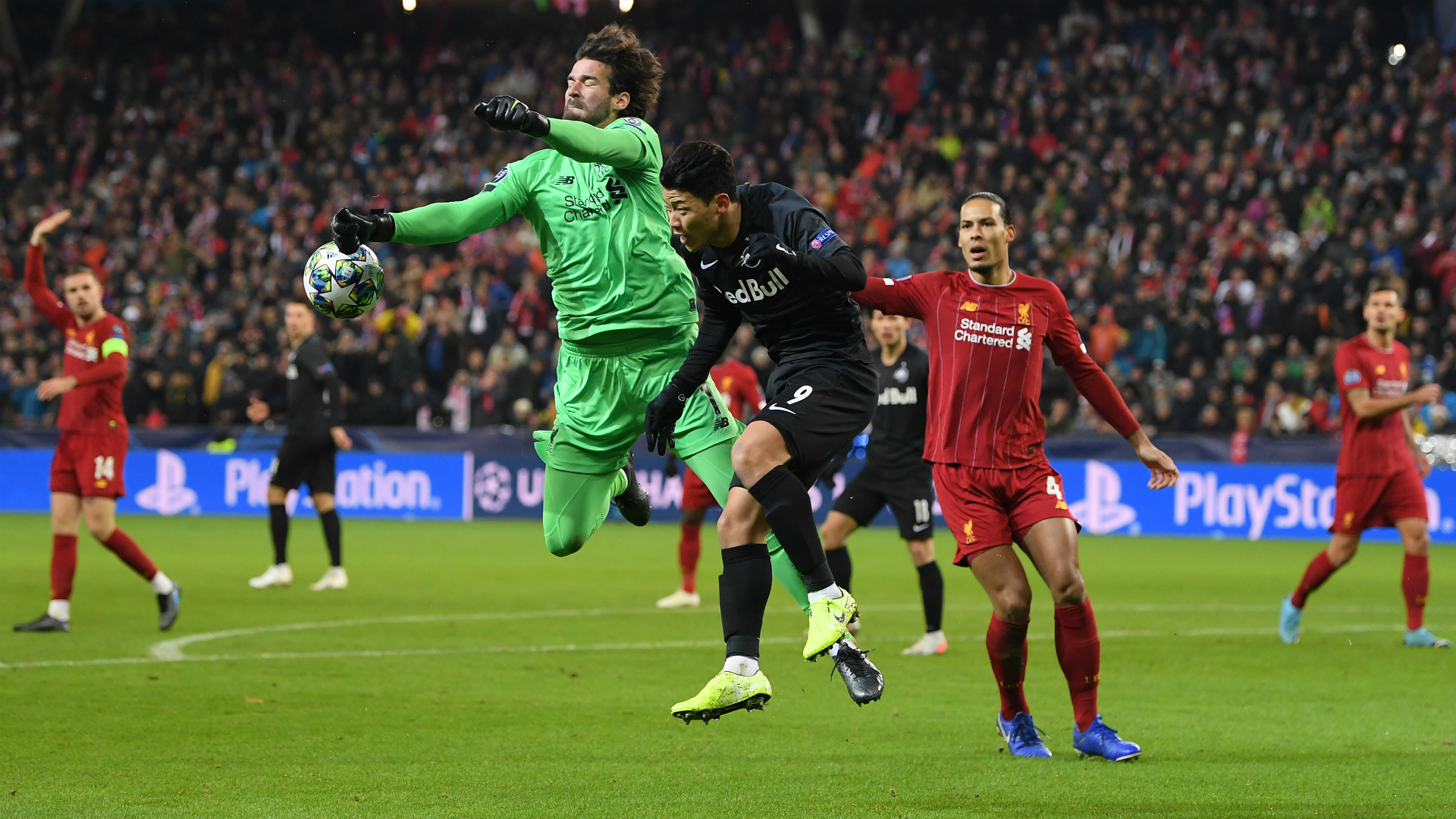 
Alisson has challenged Liverpool to sustain the defensive focus that has helped them secure back-to-back clean sheets for the first time since September.

The Champions League holders reached the last 16 on Tuesday thanks to a 2-0 win away to Salzburg, with Naby Keita and Mohamed Salah scoring the goals.

It was also Liverpool's second clean sheet in a row, following last Saturday's 3-0 Premier League win at Bournemouth, a result that leaves the Reds eight points clear at the top of the table.

Since losing the Community Shield on penalties in August, Klopp's side have only lost once in all competitions - a 2-0 defeat to Napoli in September - but their defence has nonetheless come under scrutiny following a run of 13 matches in which they conceded at least one goal.

However, with the Reds having now recorded consecutive clean sheets for the first time since victories over MK Dons and Sheffield United almost three months ago, Alisson - who played in neither of those September games - is eager to keep that run going.

"It was just a matter of time and of focus," the goalkeeper told Liverpoolfc.com when asked how their defence has improved.

"The last two games, we were focused for the full game. Even if they had chances we were there, the defenders were there, and I was there to help the team.

"We just need to keep going with this focus because we know our quality and we know what we can do on the pitch when we put in our whole intensity.

Alisson had to make a string of saves in the first half to keep Salzburg at bay before two goals in quick succession after the interval put Liverpool in control.

"In the first half they made our job more difficult with their intensity they put in," he said. "They had chances, of course, but we neutralised them in the chances, I could make the saves.