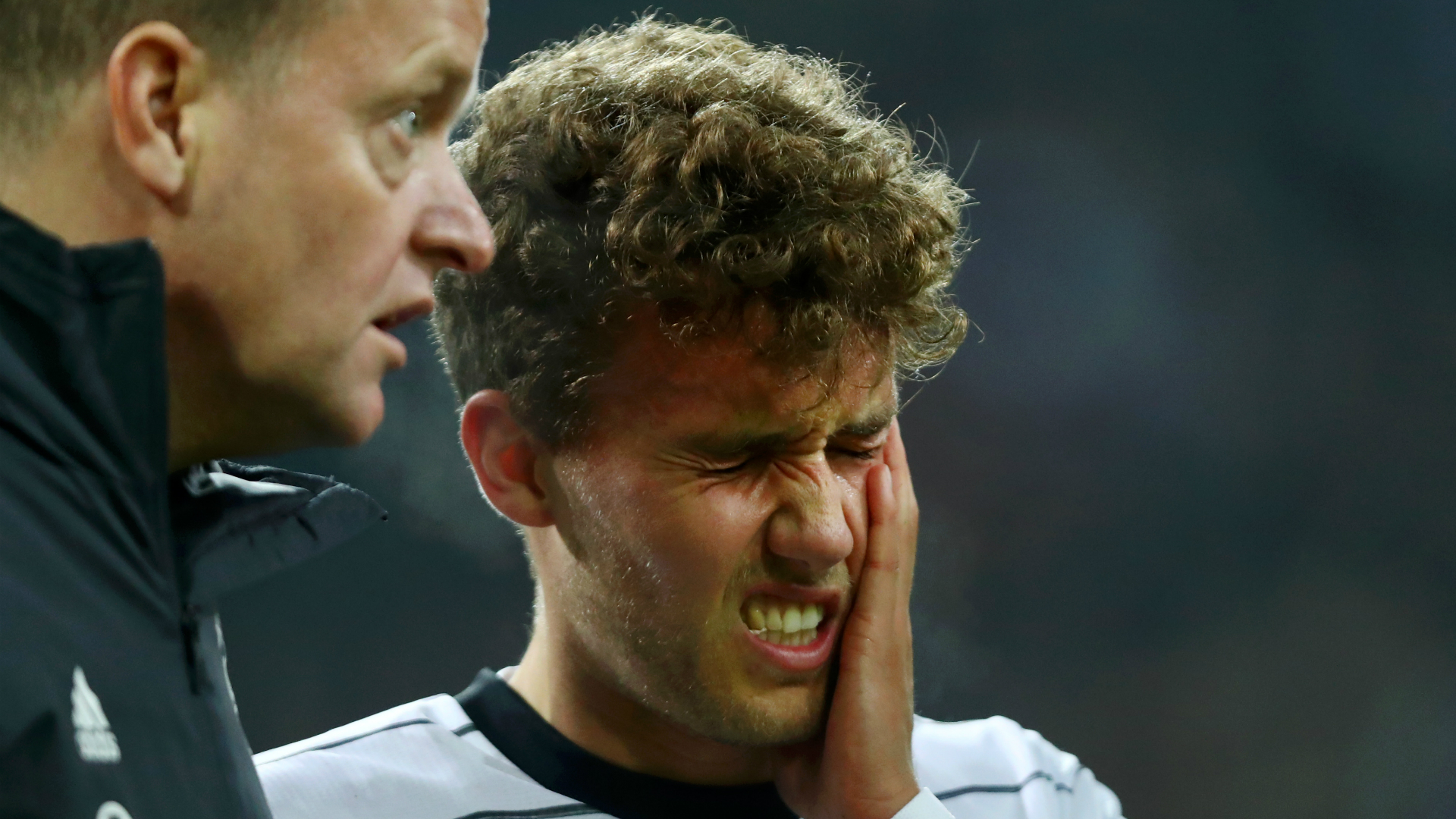 
Luca Waldschmidt suffered injuries to his face, knee and ankle in a seven-minute cameo against Belarus and will miss Germany's final Euro 2020 qualifier.

The Freiburg forward was taken to hospital after colliding with Belarus goalkeeper Aleksandr Gutor at Borussia Park on Thursday.

"Luca Waldschmidt suffered a midfacial fracture and concussion, as well as an injury to his right knee and ankle during Germany's 4-0 victory over Belarus on Saturday evening," the statement read.

"The DFB and Freiburg's medical departments will carry out further examinations in due course.

"The 23-year-old, who replaced Serge Gnabry in the 84th minute of the game, will travel back to Freiburg from the national team headquarters in Dusseldorf [on Sunday]."

Luca #Waldschmidt suffered a midfacial fracture and concussion, as well as an injury to his right knee and ankle during last night's match. He will undergo further tests in Freiburg.

Waldschmidt was taken off in the first minute of added time and will not be involved when Germany entertain Northern Ireland on Tuesday.

The match is effectively a dead rubber for Joachim Low's men, who sealed qualification for Euro 2020 and went top of Group C thanks to their victory over Belarus.