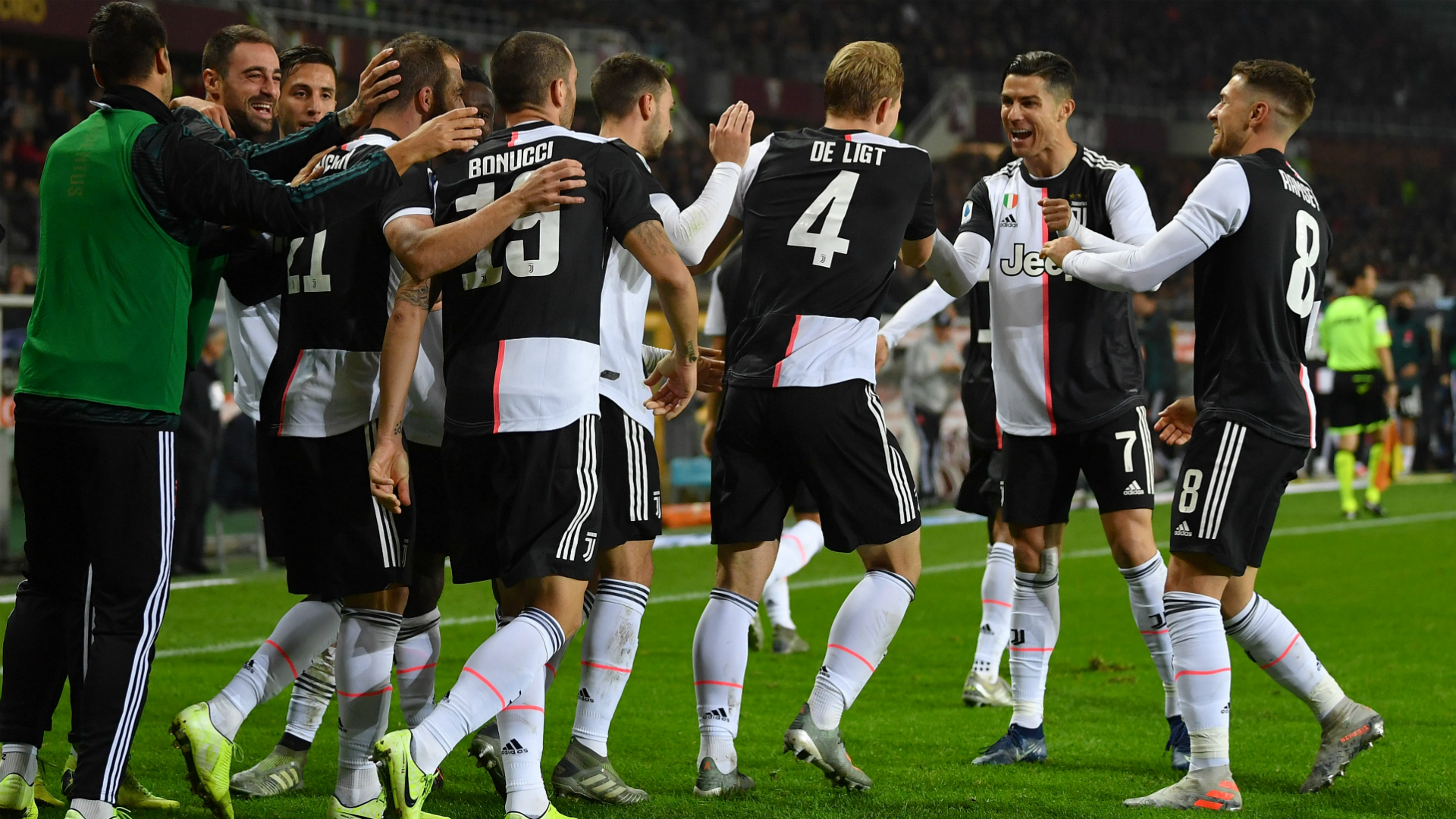 
Matthijs de Ligt said it was special to open his Juventus account with a Derby della Mole winner against Torino that sent the champions back to the top of the Serie A table.

De Ligt has been criticised for some erratic displays since joining from Ajax but the Netherlands centre-back came up with a crucial second-half goal in a 1-0 victory in Saturday's clash.

He turned home from close range after substitute Gonzalo Higuain knocked a corner into his path to help Juve reclaim top spot from Inter, who won 2-1 at Bologna earlier in the day.

"I am really happy, of course," De Ligt said to DAZN.

"It was a really important game, as Inter won also. We won 1-0 and it was my goal, so [it was] really special."

De Ligt was arguably fortunate not to concede a penalty for handball in the first half, but the defender feels referee Daniele Doveri made the right decision not to point to the spot.

"I am just standing like this and the ball hit me," he said.

De Ligt is confident he is starting to grow into his surroundings after finding the transition a little challenging following his move from Ajax for an initial fee of €75million.

"Obviously, when you come to a new club, it's always going to be hard," the 20-year-old added.

"It's going well, the guys made me feel welcome and I think I'm improving every game.

"I hope that I showed tonight what I can bring to the team.

"My team-mates are really nice, Higuain gave me an amazing assist and I'm really happy."