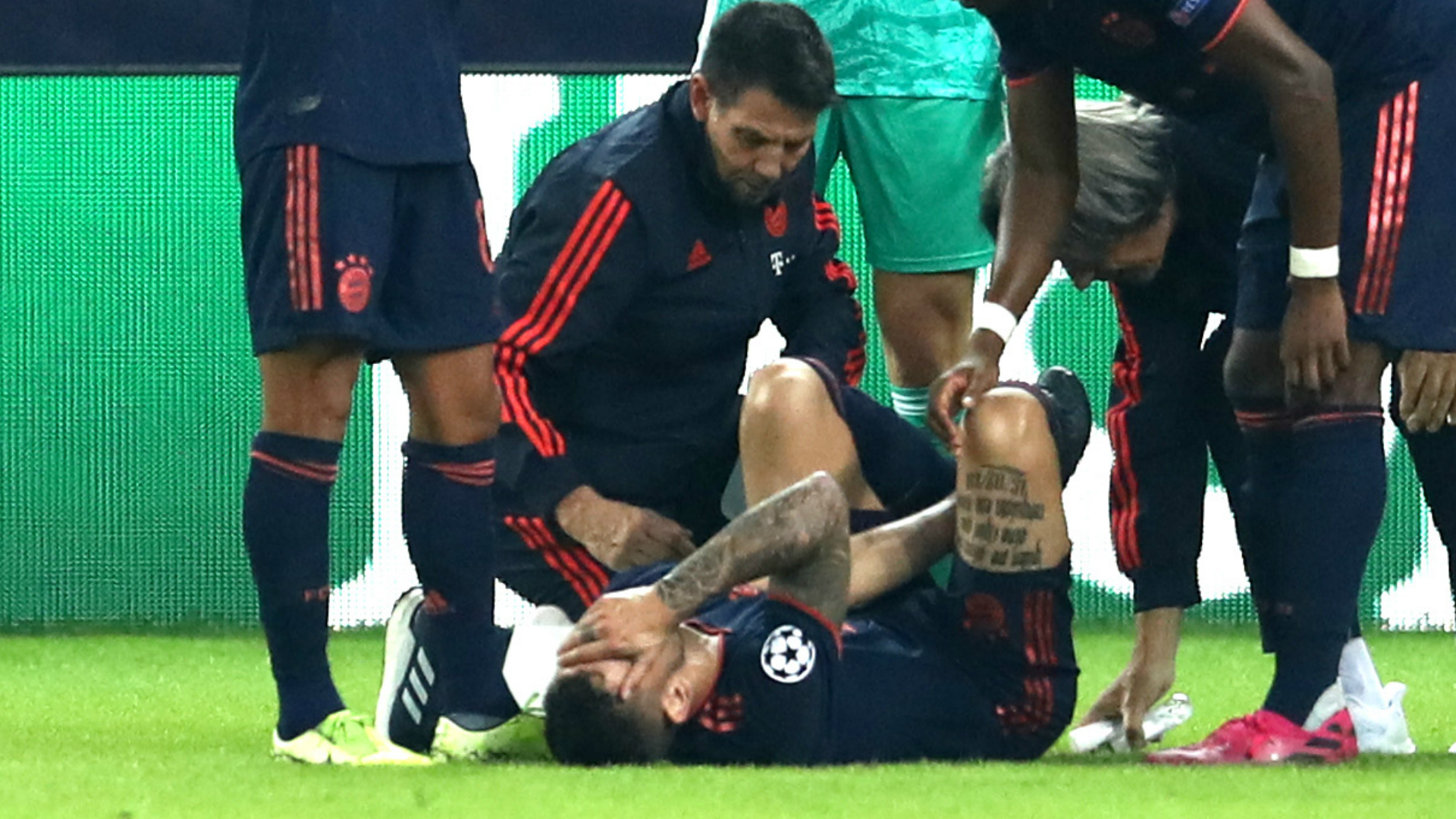 Hernandez was forced from the field before the hour mark in Bayern's hard-fought 3-2 win away to Olympiacos as the team's defensive crises worsened.

"He will be out for a long time. Several weeks," Salihamidzic told Sport1 following the match against Olympiacos.

On Hernandez, who was seen leaving the stadium on crutches, Bayern head coach Niko Kovac added: "Hernandez has problems with his ankle. We have to see whether the ligament was also affected.

"He has severe pain on the inside of his ankle; that's why we had to take him out. It's very frustrating."

Javi Martinez – who has been ravaged by injuries – was also substituted at half-time due to a muscle complaint.

"Martinez had a muscular problem in the first half, we didn't want to take any risks, so we reacted," Kovac said.

Robert Lewandowski was the hero as his two goals ensured Bayern stayed perfect with three wins from three games in Group B.

Bayern had fallen behind following Youssef El-Arabi's 27th-minute opener, but the Bundesliga champions rallied via Lewandowski and Corentin Tolisso before Guilherme's late strike set up a nervy finish.

"Our opponents did a really good job today. They put up a fight over 90 minutes in a great atmosphere here at the stadium. At the end of the day it was a hard-earned victory," said Kovac.

"We're still satisfied because we now have nine points, we have one foot in the last sixteen. That's our goal."