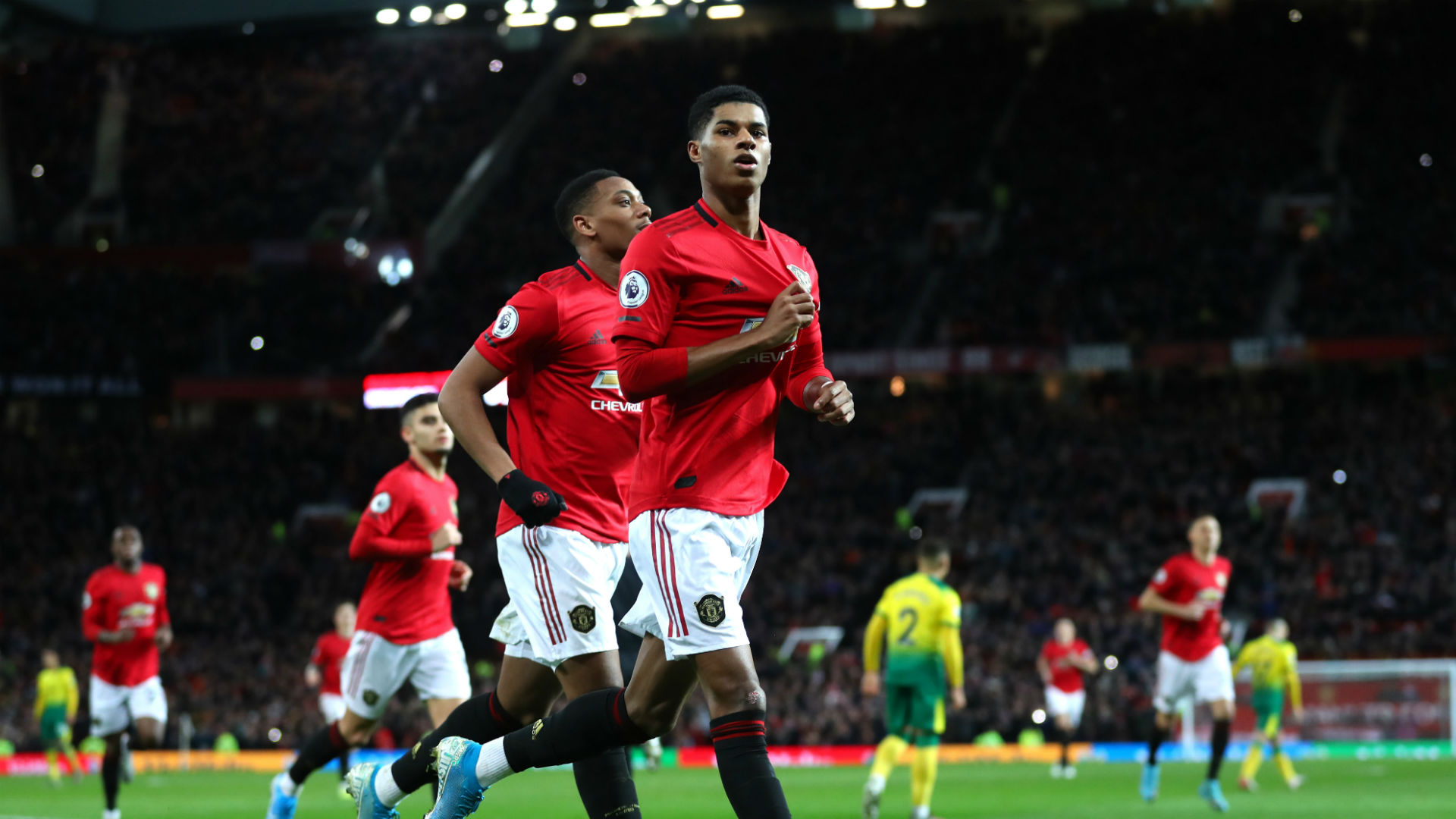 Talking Point: Will 2019-20 prove a springboard season for English strikers?


Harry Kane may have suffered an untimely injury, but England boss Gareth Southgate could well be blessed with a wealth of attacking options heading into Euro 2020.

Kane's hamstring injury should not see him miss the European Championship, but it has handed plenty of England hopefuls the chance to prove their worth.

And it seems as though this season, the Premier League belongs to homegrown forwards.

Jamie Vardy – who has retired from international duty – leads the way with 17 goals, ahead of three players sharing second place in the scoring charts with 14: Danny Ings, Marcus Rashford and Pierre-Emerick Aubameyang.

Arsenal striker Aubameyang is one of only four non-English players to take their place in the Premier League's list of leading scorers as things stand, along with Sergio Aguero, Sadio Mane and Mohamed Salah.

Raheem Sterling, Tammy Abraham and Kane complete the top 10 and, using Opta data, we assess whether the 2019-20 Premier League campaign is an anomaly or the start of something new.

13 - Tammy Abraham has scored 13 Premier League goals for Chelsea this season - Frank Lampard is the only Englishman to score more in a single campaign in the competition for the club (3 occasions). Exalted. #CHEBUR pic.twitter.com/KnirAylWBR

SIX OF THE BEST

Vardy's incredible form has been key to propelling Leicester City up the league, with Brendan Rodgers' side currently sitting third.

The 33-year-old has 17 league goals to his name this season, though it is another Englishman who has been making the headlines recently – one who downed the Foxes last time out.

Southampton's Ings has scored 10 goals in his past 11 top-flight appearances and is already the highest-scoring Southampton player in a single season since Jay Rodriguez in 2013-14.

Level with Ings is Manchester United's Rashford, who seems to have finally taken up the mantle as the Red Devils' talisman and has scored 19 times across all competitions, one less than England team-mate Sterling, who has 11 league goals.

Chelsea's transfer ban in the off season handed Abraham the chance to shine, and shine he has, scoring 13 times in the top flight, two more than England captain Kane.

It should also be noted the six leading English scorers all represent different clubs, showing that homegrown talent is shared across the league.

Of the English players leading the way this season, two – Rashford and Abraham – are 22, while City sensation Sterling is only just 25.

Indeed, only Vardy, of the English forwards in the top 10, is above the age of 30.

After overcoming a glut of injury issues, Ings is finally hitting his stride once more, with Southampton the benefactors.

But, with the 27-year-old averaging a goal every 109.8 minutes in the league – a figure bettered only by Vardy among the other English players – Ings must be in serious contention for a place in Southgate's squad for the upcoming friendlies against Italy and Denmark.

There is also plenty of potential for the future outside of the players in the top 10. After Sterling and Kane, Dominic Calvert-Lewin is the highest-scoring English player and the 22-year-old seems to be coming into his own for Everton.

He has scored eight league goals and 10 in total across all competitions, while United's Mason Greenwood is the highest-scoring teenager in the competition.

Away from the Premier League, Borussia Dortmund forward Jadon Sancho has been lighting up the Bundesliga since his move from City in 2017.

Only twice in the past nine Premier League seasons has an English forward won the Golden Boot, with Tottenham star Kane doing so in both 2015-16 and 2016-17.

Last season, the award was shared between Mane, Salah and Aubameyang, though each only managed 22 goals – the lowest amount since Carlos Teves finished top of the charts with 20 in 2010-11.

Since the start of the previous decade there has been a steady increase in the number of English players finishing in double figures for the season, with five last term being the most. But with six players inside the top 10 – and Calvert-Lewin not far away – this season, 2019-20 is proving the best season for homegrown strikers in that timeframe.

With Euro 2020 on the horizon, it appears this could well be the season that kick-starts a new wave of English talent starring in the big time.