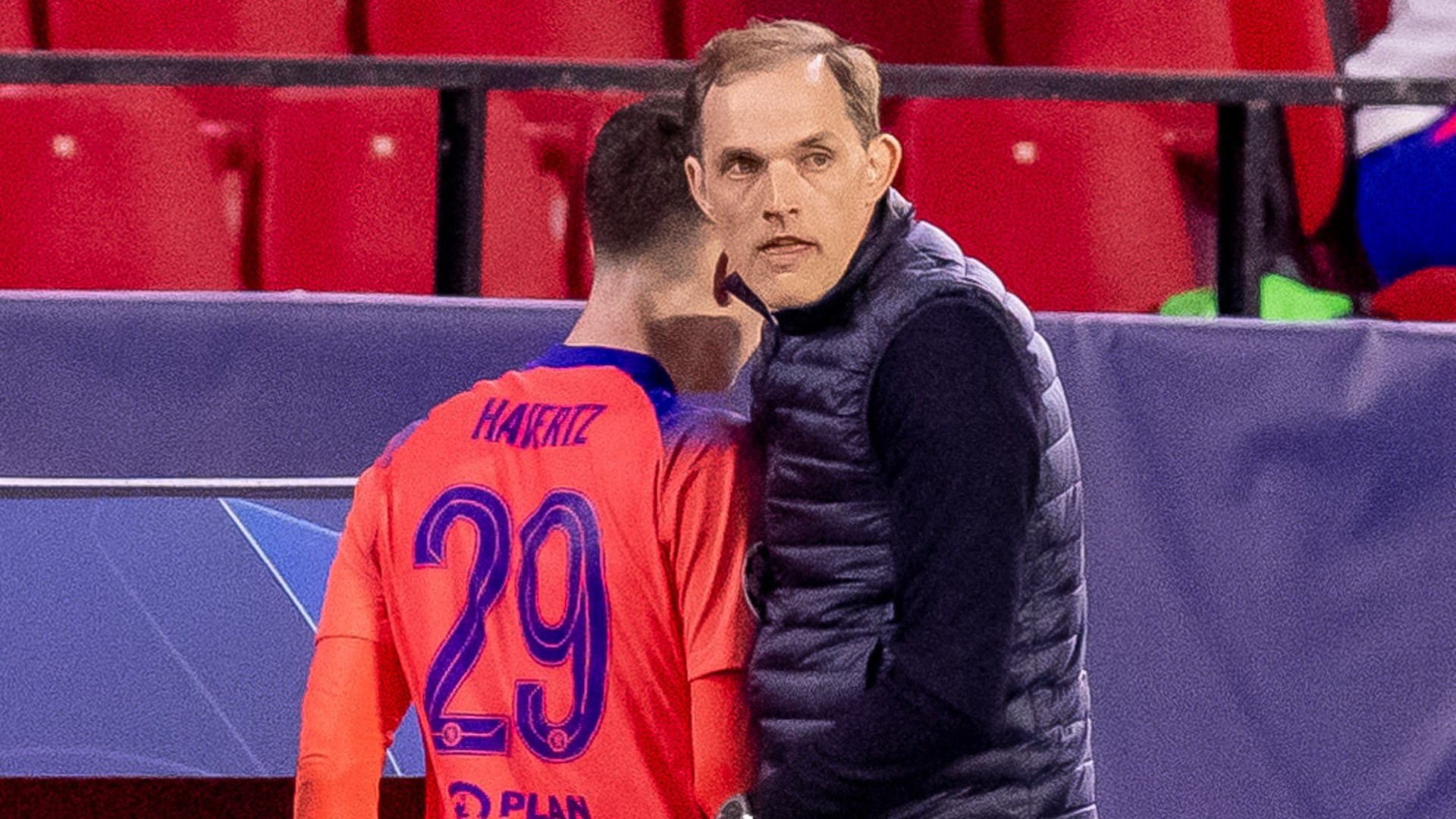 Mason Mount and Ben Chilwell scored as Chelsea drew first blood against Portuguese outfit Porto in the quarter-final tie with a 2-0 victory in Seville midweek.

It was a necessary response for Tuchel, whose 10-man Chelsea were sensationally humbled 5-2 by lowly West Brom in the Premier League last time out.

But Chelsea did not have it all their own way against Porto, who were the better side for periods of the game and only just second best in terms of expected goals (xG) – 1.8 to 1.7 in the former's favour.

Havertz and Werner particularly struggled, the German duo replaced by Olivier Giroud and Christian Pulisic with 25 minutes remaining, and Tuchel explained his changes.

In his last 29 games in all competitions, Werner has missed 20 big chances, with an xG of 10.5 and 3.5 shot conversion rate.

"I accepted that it was a tough match for Timo and for Kai today," Tuchel told reporters after Chelsea won consecutive away knockout fixtures in the Champions League for the first time since 2004. "They did not have their best day but we did not deliver so well [for them].

"The connection between the deep seven players that we needed for the build-up and the front three, we lost a bit the connection to them.

"The balls we delivered were not the best balls and I could feel our two German players up front, Kai and Timo, did not play on their highest level today so I wanted to have an impact from the bench."

No side has conceded fewer goals (two) or kept more clean sheets (seven) in this season's Champions League than Chelsea (level with Manchester City on both counts).

Since Tuchel's first game in charge of Chelsea (January 27), no goalkeeper playing for a top-five European side has kept more clean sheets in all competitions than Edouard Mendy (10).

What a night in the #UCL for our Blues! #PORCHE story of the game

Tuchel added: "Christian has a good momentum, Oli has waited long and has good experience and memories of this stadium. We wanted to give the sign that we keep on going [in the game].

"This is the mentality in general that I like about this club and this team and that we want to implement. Once you lead, it is very hard to not play with the mentality of having something to lose. You want to keep what you have.

"I am happy about the impact of our substitutions. It is absolutely necessary that we have this bond between the players and we have this impact from the bench physically, but also with quality. That's why we are super happy with a big win today. The job is half done and we are aware of that and we need another top performance on Tuesday."