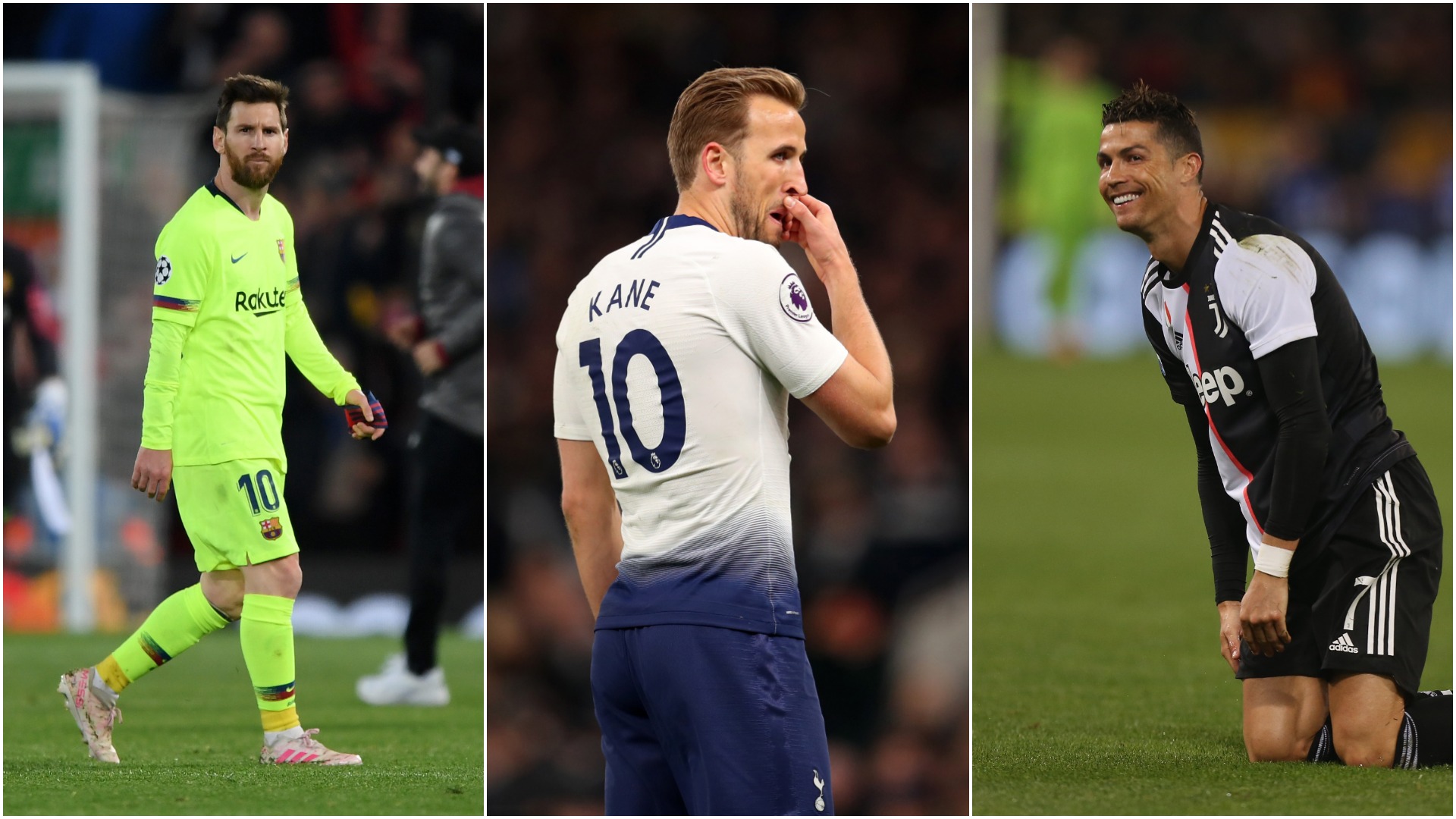 How does Atletico's Griezmann reliance compare to Messi, Ronaldo, Kane and more?


Antoine Griezmann looks set to be at the heart of 2019's major transfer saga, having announced his intention to leave Atletico Madrid.

Griezmann has been Atletico's leading light since he joined from Real Sociedad five years ago, but he confirmed on Tuesday he will leave the Wanda Metropolitano at the end of the season, with Barcelona reportedly his preferred destination.

Atletico can reflect on a period of success for the club with Griezmann playing a key role, the France forward firing them to Europa League glory last year before winning the World Cup with his country.

Replacing Griezmann will prove a major challenge for Diego Simeone as the striker has scored 133 of their 463 goals in all competitions since 2014-15, 28.7 per cent of the club's total.

But how does that figure compare to some of the other elite strikers of European football in recent seasons?

There was European disappointment for Cristiano Ronaldo this season, but he helped Juventus cruise to another Serie A title and contributed 28 of the 86 goals they scored in all competitions - 32.6 per cent.

That figure is remarkably similar to his record at Real Madrid between the 2009-10 and 2017-18 seasons, where he was responsible for 450 of their 1,378 goals - 32.7 per cent - contributing to a historic run of three consecutive Champions League crowns.

Griezmann could line up with Lionel Messi at Camp Nou next term, with the Argentina attacker on track to win the European Golden Shoe for a record sixth time.

Messi, now captain at Barca, has scored 27.9 per cent of his team's goals since breaking into the team as a teenager in October 2004.

Griezmann is widely expected to be a successor to Luis Suarez, with the Uruguay international aged 32 and seemingly coming towards the end of his career.

3 - @atletienglish's @AntoGriezmann is one of the three players to have scored 15+ goals in LaLiga in each of the last five seasons, alongside Lionel Messi and Luis Suarez. Prince. pic.twitter.com/CGd7wk78dZ

Bayern Munich look set to clinch another Bundesliga title, their success continuing to be built around the reliable goalscoring of Robert Lewandowski.

Poland international Lewandowski joined Bayern in July 2014 and has since scored 189 goals in all competitions for the club, 29.7 per cent of their total in that time.

Pep Guardiola once famously described Tottenham as 'the Harry Kane team' and the Opta numbers bear out his assessment to a degree.

England captain Kane has scored 30.6 per cent of Spurs' 519 goals in all competitions since the start of the 2014-15 campaign, winning two Premier League Golden Boots in the process.

This team!!! Never give up! Unreal #COYS #UCL pic.twitter.com/ixIiSYBxw2

Perhaps surprisingly, Manchester City's all-time record goalscorer Sergio Aguero has the joint-lowest percentage for his club among the strikers we examined.

Since joining City ahead of the 2011-12 season he has scored 231 of their 1,019 goals in all competitions for a comparatively low 22.7 per cent. However, that still marks a hugely significant contribution to City's ongoing success.

ChampionsVery excited to obtain another title with this fantastic FC, and on the most competitive league in the world. We've achieved this together — the players, the coaches, the staff, the board, and our amazing supporters. Thank you all, and we're aiming for more! pic.twitter.com/lHlHYsSuwX

Paris Saint-Germain's all-time leading goalscorer Edinson Cavani has had an injury-hit campaign for the Ligue 1 champions.

Since 2013-14, Suarez's international team-mate Cavani has scored 192 of PSG’s 847 goals in all competitions - 22.7 per cent - although he did play wide when Zlatan Ibrahimovic was at the club.