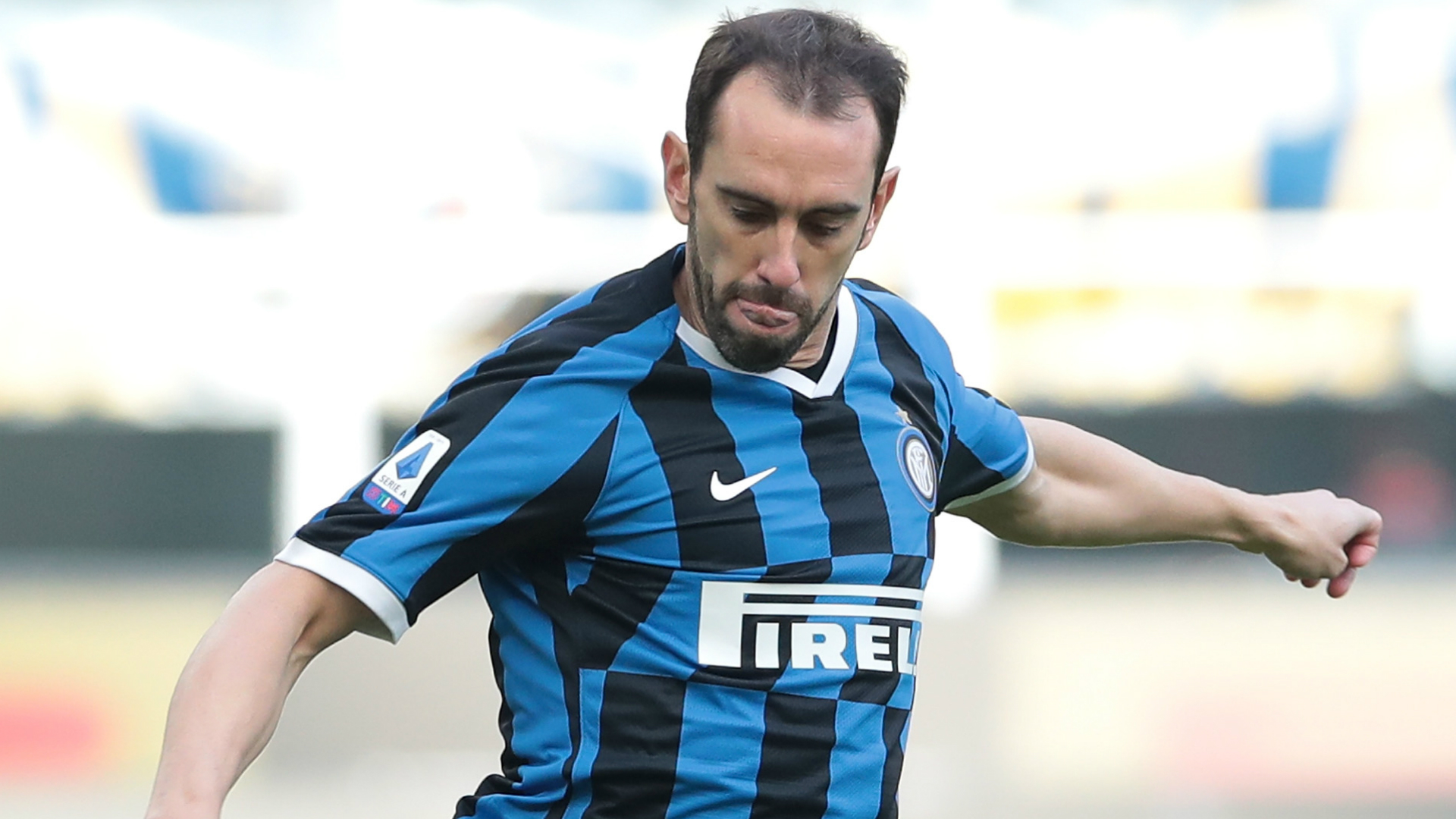 
Diego Godin said Inter have not given up on the Scudetto as they look to close the gap on Serie A leaders Juventus following their 3-1 win over Torino.

Inter overcame a Samir Handanovic howler to leapfrog struggling Lazio into second position in the table with six matches remaining.

Andrea Belotti was gifted a 17th-minute opener after Inter goalkeeper Handanovic fumbled a corner at the Torino star's feet at San Siro – heaping further misery on Antonio Conte and his stuttering side.

But Inter – without Romelu Lukaku – rallied in the second half thanks to goals from Ashley Young, Godin and Lautaro Martinez, who ended his five-game scoreless drought.

Inter are eight points behind defending champions Juve and after scoring his first Nerazzurri goal, veteran defender Godin told Sky Sport Italia: "When we're in a spot of bother, it's important to win any way we can.

"The game started in a way we didn't expect. We won't look back with any regrets. Instead, we'll learn from it and engage in some healthy self-criticism.

"We have the opportunity to stay second and we'll do everything to defend this position. Now, we must think about winning every game to also get closer to Juventus.

"We'll go game by game and see where we are after that."

Godin has struggled as part of Conte's back three since arriving from LaLiga outfit Atletico Madrid on a free transfer at the start of the season.

The Uruguayan's form has led to suggestions he may leave Inter at the end of the campaign.

However, Godin said: "I feel good on a positive level. I felt good at Verona and I felt good tonight. I try to help the team whenever the coach asks me to.

"I came here to help the team on and off the pitch. I've always brought a winning mentality wherever I've gone, the ability to work every day, with positivity.

"I have a three-year contract: I want to stay here and do great things with Inter."