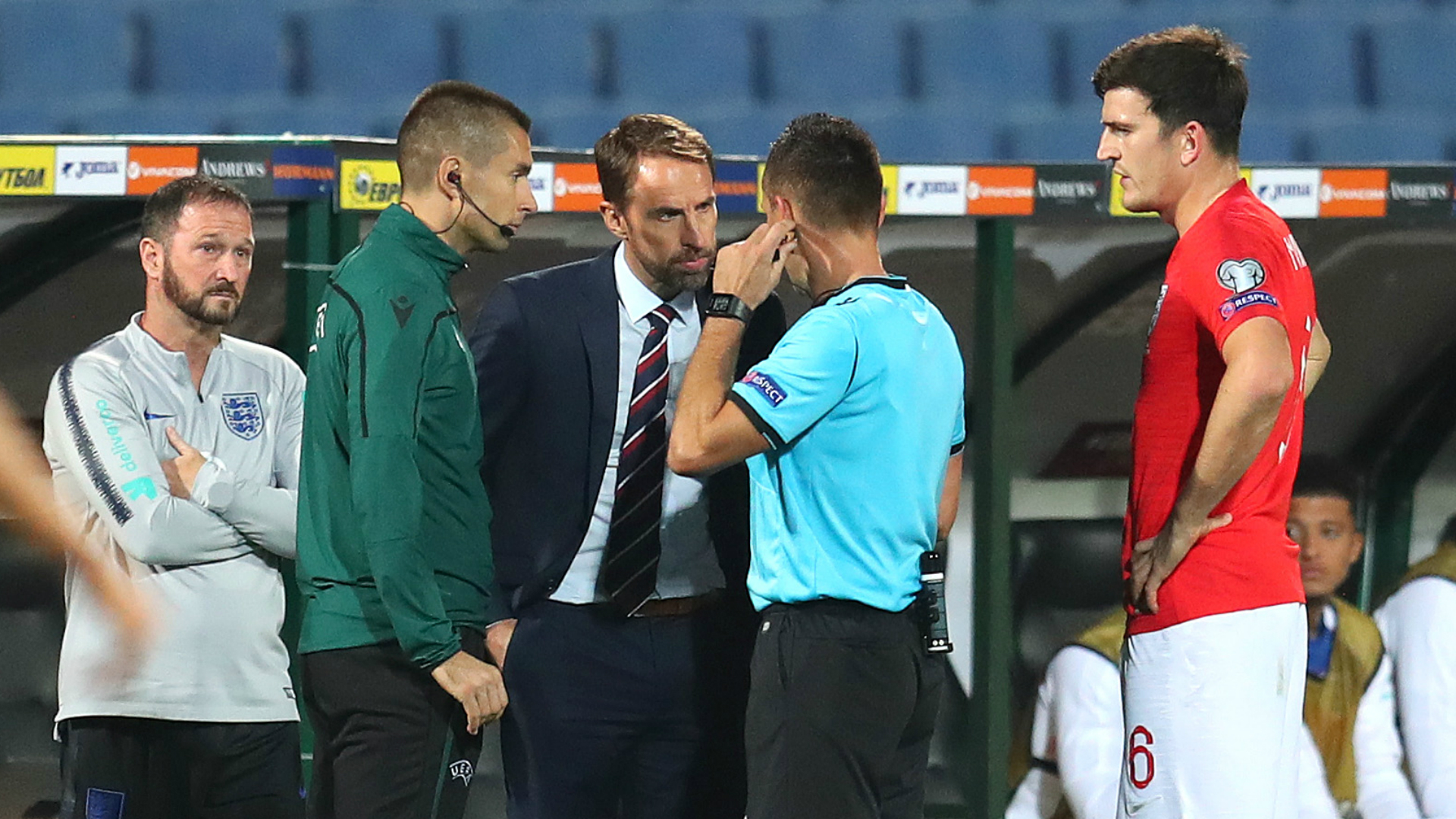 
Bulgaria's prime minister has called for the resignation of the Bulgarian Football Union (BFU) president after the country's 6-0 defeat to England in Monday's controversial Euro 2020 qualifying match.

Prime minister Boyko Borissov described the loss in Sofia as a "shameful" result and condemned the the racist abuse directed at England players, which forced two stoppages in play in the first half.

The first break prompted an appeal over the stadium's public address system urging fans to refrain from racist behaviour, in line with UEFA protocols.

In a statement published on social media, Borissov threatened to withhold support and funding for the BFU unless its president, former Levski Sofia and Reading goalkeeper Borislav Mihaylov, steps down.

The statement read: "I urge Borislav Mihaylov to immediately resign as president of the Bulgarian Football Union!

"After yesterday's shameful loss of the Bulgarian national team and in view of the poor results of our football, I ordered the minister [of youth and sports] Krasen Kralev to terminate any relations with the Bulgarian Football Union, including financial ones, until Borislav Mihaylov's resignation.

"I also strongly condemn the behaviour of some of those present at the stadium.

"It is unacceptable that Bulgaria, which is one of the most tolerant countries in the world, and [where] people of different ethnicities and religions live in peace, [is] associated with racism and xenophobia."

England were leading 4-0 when Gareth Southgate and his players chose to see out the remaining 45 minutes following a half-time discussion.

After the match, Bulgaria head coach Krasimir Balakov claimed not to have heard the racist taunts.

"I was concentrating on the game, I didn't hear anything," Balakov said.

"I just talked to the English press and I told them that if this is proven to be true then we have to be ashamed and apologise for it.

"But once again, first it has to be proven to be true."

Bulgaria captain Ivelin Popov was seen talking with a section of Bulgaria supporters at half-time, with his actions drawing praise from England forward Marcus Rashford.