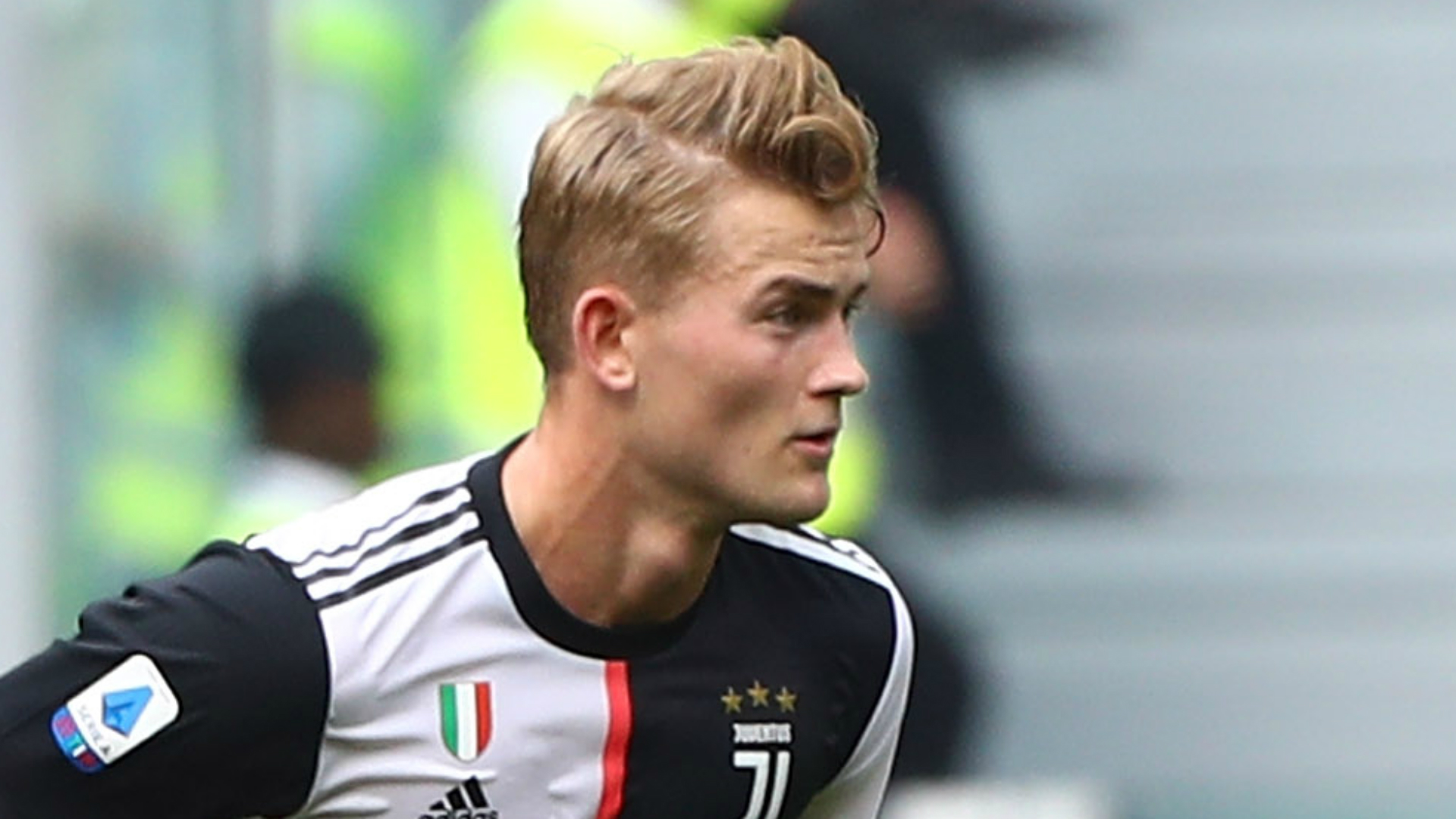 
Matthijs de Ligt scored his first Juventus goal as the Serie A champions earned a 1-0 win at rivals Torino in the Derby della Mole.

The start of De Ligt's Juve career has not been easy but the Netherlands centre-back had a moment to remember in the 70th minute of a bad-tempered clash on Saturday.

Juve had been unable to break the deadlock but when Gonzalo Higuain knocked a corner into his path, De Ligt showed a striker's instinct to break Salvatore Sirigu's resistance.

Victory moved Juve back to the top of the Serie A table above Inter, with the Bianconeri now having won on 10 of their past 11 league visits to Torino.

With Walter Mazzarri seeking his first win over Juventus since 2011, handball appeals were rejected in both penalty areas during a stodgy opening.

Juve took until the 32nd minute to create a clear chance, Paulo Dybala dancing into the box but placing his shot too close to Sirigu, the Torino goalkeeper then making a comfortable save to keep out Cristiano Ronaldo's snapshot.

The pressure in Torino's box grew in the minutes before half-time, Sirigu showing strong reactions when De Ligt diverted Ronaldo's cross-shot at goal.

Sirigu made another smart stop to keep out Ronaldo in the 56th minute, diving low to his right, before Maurizio Sarri replaced Dybala with Higuain.

The substitute's stunning volley was tipped on to the crossbar in sensational fashion by Sirigu, but the goalkeeper was beaten from the resulting corner as De Ligt turned home from close range.

Wojciech Szczesny prevented Cristian Ansaldi giving the hosts a rapid response as Juve closed out yet another derby victory to pile more pain on Torino, who had an injury-time equaliser from Bremer rightly ruled out for offside.

What does it mean? Juventus back on top

Romelu Lukaku's late double at Bologna earlier in the day sent Antonio Conte's Inter top of the table but Juve regained the summit with their hard-fought victory.

Mazzarri's days in charge of Torino may be numbered as his side have only taken two points from their past six league games, leaving them 13th in the table.

Torino's goalkeeper produced a wonderful performance between the posts, but it was not enough to keep a clean sheet against the attacking might of the champions. Sirigu's save to keep out Higuain's terrific strike was superb, but he was beaten moments later.

Dybala unable to unlock the door

Argentina attacker Dybala went into the derby in good form, with three goals in his past three games for Juve, but he was far from his best and only managed to get one of his three shots on target. It was no surprise to see him make way in Sarri's first change.

- Juventus have taken 29 points this season. Only twice have they gained more points after the first 11 Serie A games in the three-points-per-win era (30 in 2005-06 and 31 in 2018-19).
- Juve are the only team to manage a minimum of 10 shots on target in at least four Serie A matches this term.
- The champions have won 10 of the last 11 Turin derbies played away from home (L1), keeping eight clean sheets in this period.
- Only four players younger than Matthijs de Ligt (20 years and 82 days) have scored a derby goal for Juventus: Felice Borel, Bruno Nicole, Umberto Menti and Guglielmo Gabetto (De Light is the youngest since Nicole in 1959).
- The last Dutch player to score a goal for Juventus in Serie A before De Ligt was Edgar Davids, in the Turin derby in November 2002. They are the only two Dutchmen who have scored for Juve in Serie A.

Juve go to Lokomotiv Moscow in the Champions League on Wednesday before hosting AC Milan in the league four days later. Torino will seek their first win since September when they head to struggling Brescia on Saturday.