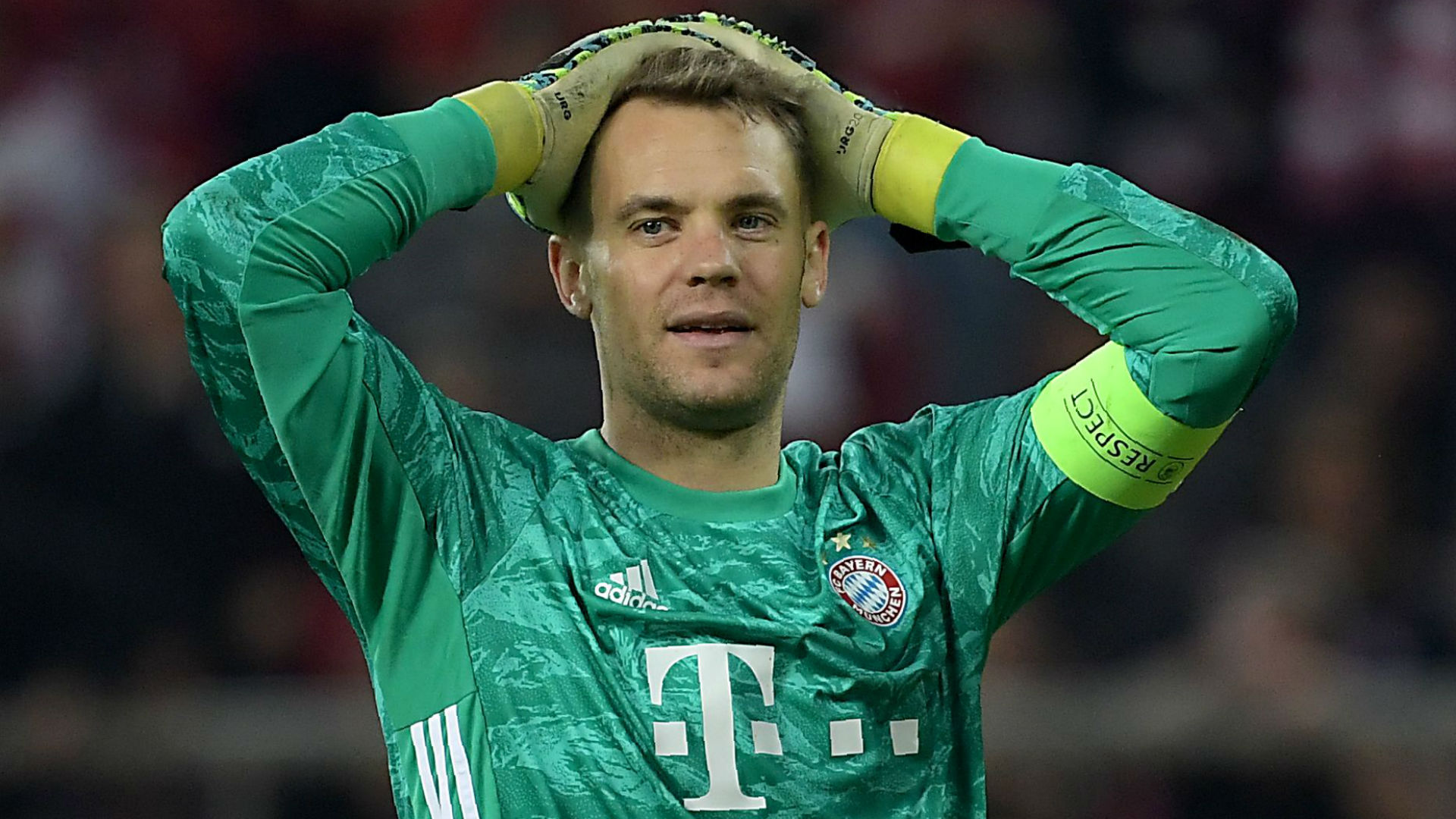 Two goals from in-form striker Robert Lewandowski helped Bayern make it three consecutive wins in Group B but the Bundesliga side had to endure a nervous finish to Tuesday's match.

Neuer was on hand to make two vital late saves and felt the gloss was taken off the win because of a poor defensive display away to Greek side Olympiacos.

Bayern have conceded 10 goals in eight Bundesliga matches and four in three games in the Champions League.

"The problem at the moment is that we need to score three goals every game to win because we keep conceding two," Neuer told UEFA.com.

"We made it difficult for ourselves again and didn't have enough conviction.

"We need to continue working on that, analysing and seeing what we can do better."

Robert Lewandowski's record in this competition:

Bayern defender Benjamin Pavard felt the team's defence have improved in recent weeks, but acknowledged there was work to be done on the training ground.

Pavard said: "I believe that we made some progress defensively compared to previous matches.

"The second goal today was bad luck, a deflected shot wrongfooting Manuel. We took these three points and will work harder to concede less goals.

"We knew it would be a tough match here. Olympiacos' fans didn't stop pushing their team until the last minute. We did concede the opener but didn't panic.

"We played good football and achieved our aim to win the three points. Now we have to prepare for the reverse tie at home, in two weeks. It's an important game; if we win, we will qualify."

Bayern striker Lewandowski showed typical predatory instincts as he took his tally for the season to 18 goals in club football.

The 31-year-old Poland international netted with two close-range finishes and said his relaxed personality has been a key factor during a prolific spell.

"I know that every single situation on the pitch can prove important and can decide if we win or if we lose," added Lewandowski

"That is why I want to stay focused, calm and do my job. For us it was a very important game, not only because we wanted to keep winning in the Champions League but also because of the dropped points in the league.

"We knew that with three points here, we would be in a great position to win the next match at home as well and make it to the next round. We want to qualify as quickly as possible."