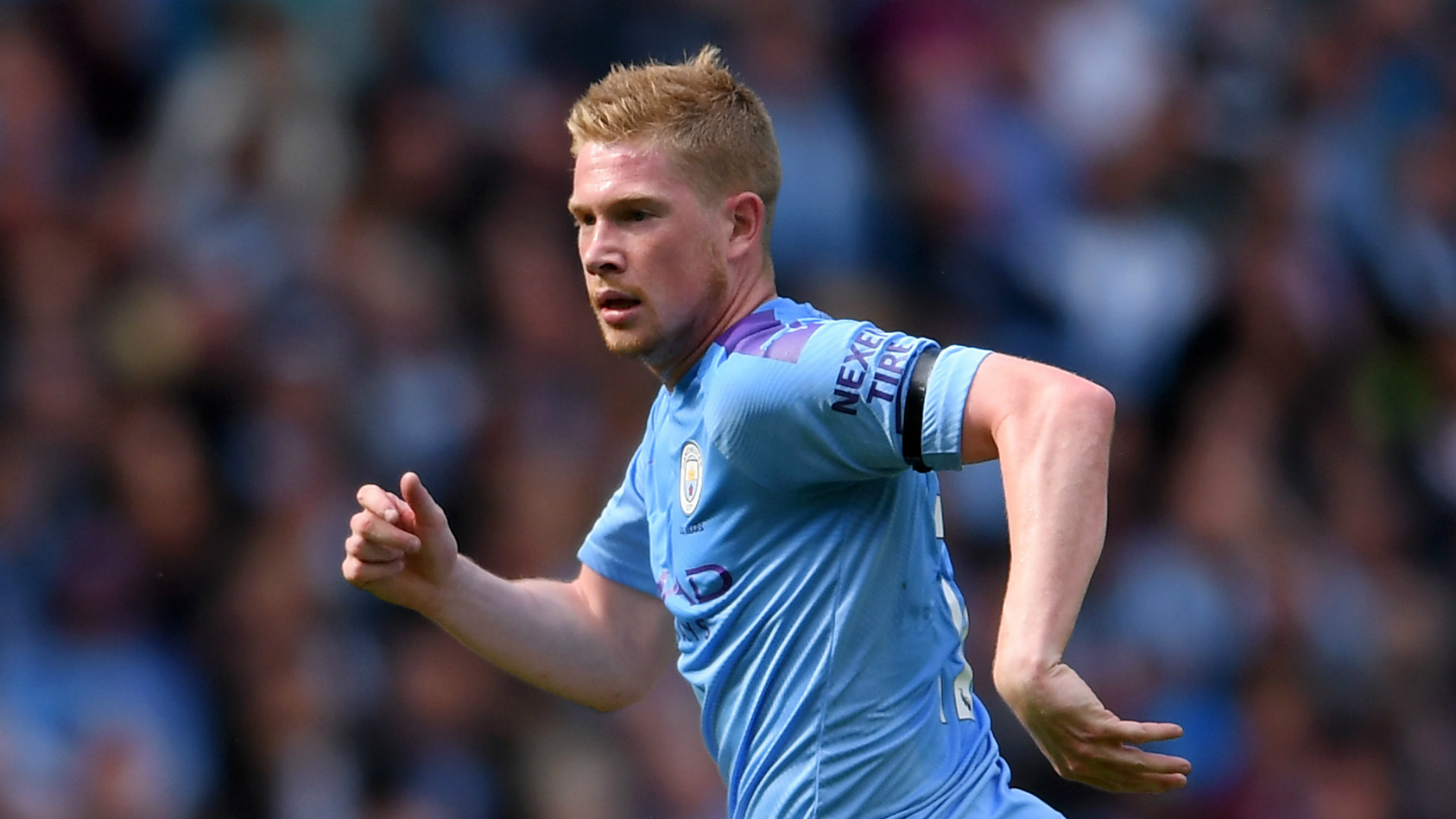 De Bruyne 'not too scared' by Ederson absence for Anfield trip

The Brazil international was taken off at half-time of City's 1-1 Champions League draw with Atalanta on Wednesday at San Siro with a muscular problem.

Substitute keeper Claudio Bravo was later sent off, leaving full-back Kyle Walker to take over in goal for the closing minutes.

City boss Pep Guardiola confirmed at Friday's pre-match media conference that Ederson will not be fit to play this weekend but De Bruyne is confident Bravo can step in and fill the void.

"It's obviously a blow because he's our first-choice goalkeeper but I have confidence in Claudio also," the Belgium international told BBC's Football Focus.

"I think he had a wonderful pre-season and played against Liverpool in the Community Shield and did really well. He's an experienced keeper so I have all the confidence that he can do a good job. I'm not too scared about that."

How are we feeling about tomorrow?!

City are six points behind leaders Liverpool, having suffered surprise defeats to Norwich City and Wolves already this campaign, while Jurgen Klopp's men remain unbeaten in the league.

City have failed to win at Anfield since 2003 but De Bruyne says they have every intention of leaving Merseyside with all three points.

"We always go to win; that's how we are built to play," he added. "It's our mentality in the team."

Asked if it was City's biggest game of the season so far, De Bruyne responded: "Probably, but people will obviously make this bigger than it eventually can be. Obviously at this moment in the year, it is a big game, but it is not all telling for me."

A win for Liverpool would give them a nine-point advantage over City at the Premier League summit – a gap some believe would be too big for Guardiola's side to bridge.

De Bruyne, however, says it will be too early to predict the outcome of the title race, regardless of Sunday's result.

"You can only talk about the importance of the game after the season is over," he told Sky Sports. "This game is too early. If it was in April, that would give another incentive to it but even if we win, draw or lose, I would still feel confident because there is still so long.

"If you lose, you know there is going to be a big gap, but we have to take it as it is, compete, and see what happens.

"We could take any reaction after the game, like saying our season is over if we lose, but there are so many circumstances that could go on.

"Maybe they [Liverpool] drop some points and we win lots of games and we end up being on top in March or April, then people will say this game didn't even matter."