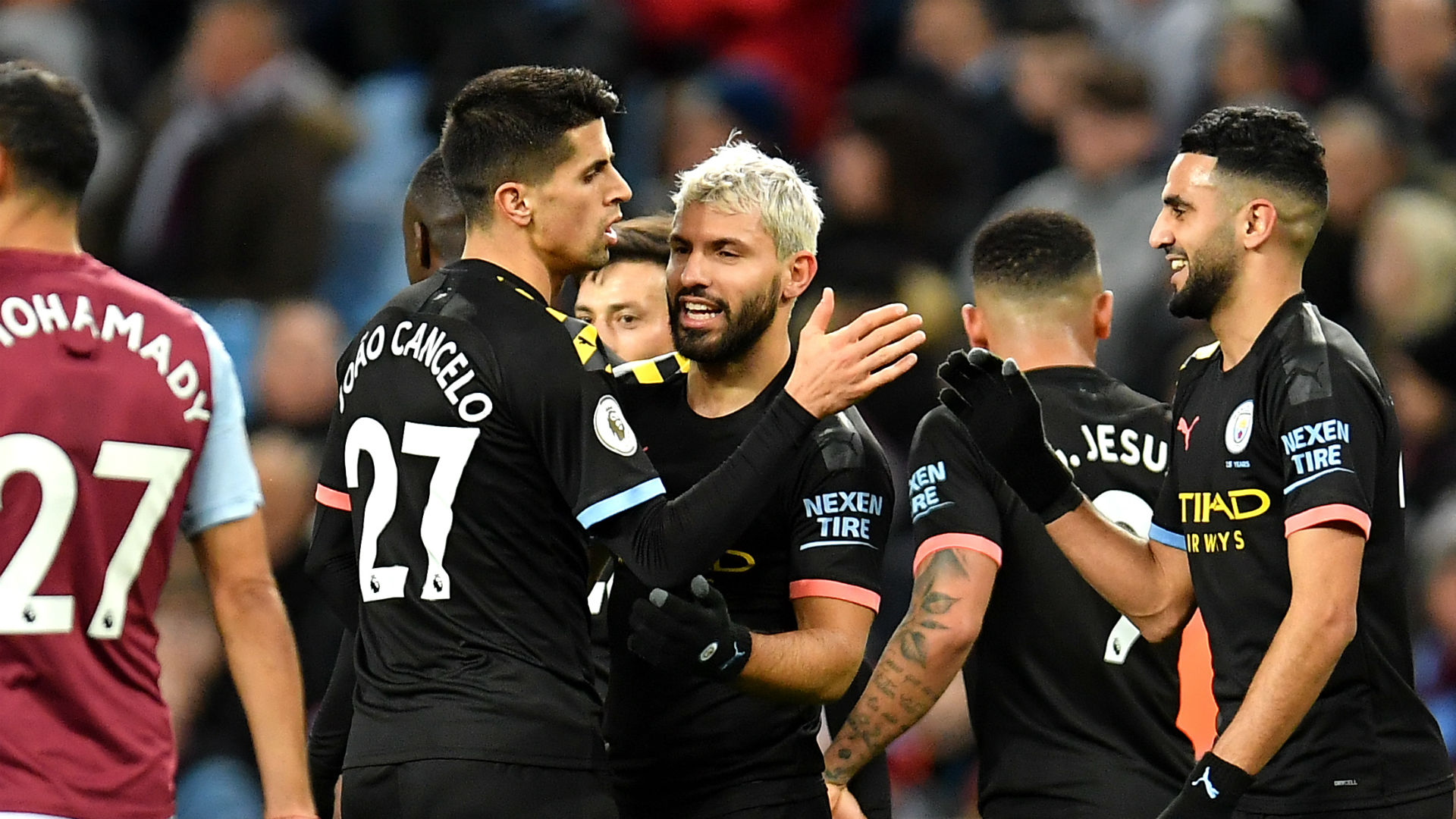 
Sergio Aguero is the top-scoring overseas player in Premier League history after he netted twice during Manchester City's match at Aston Villa on Sunday.

The Argentina striker rifled in a blistering strike from 20 yards to give Pep Guardiola's side a 3-0 lead inside half an hour at Villa Park, before collecting a pass from David Silva and placing home his second after the break.

It moved Aguero on to 176 goals in England's top flight, surpassing the mark of 175 established by Arsenal and France great Thierry Henry.

Aguero, who joined City from Atletico Madrid for £38million in July 2011, is his club's record goalscorer with 248 in all competitions.

176 - Sergio Agüero is now the outright fifth-highest scoring player in Premier League history, and has scored more goals than any overseas player: