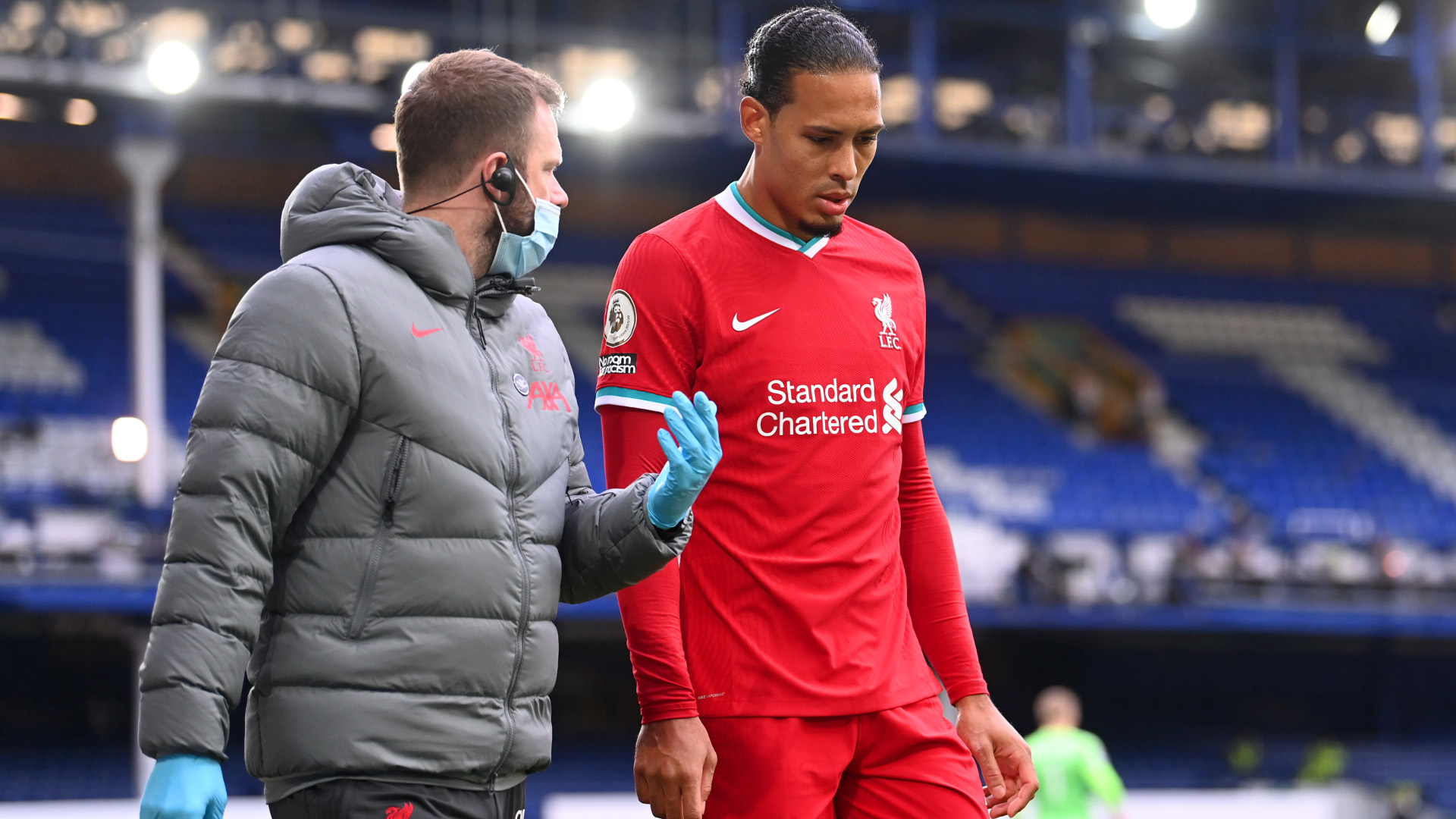 
Virgil van Dijk has confirmed he will not be taking part in Euro 2020 for Netherlands due to injury.

The Dutch captain will miss the tournament and complete his recovery with the aim of being ready to start pre-season training with Liverpool.

Van Dijk, 29, has missed much of the season having suffered an anterior cruciate ligament injury against Everton in October, ruling him out ever since.

And Liverpool manager Jurgen Klopp recently dented fans' hopes of seeing Van Dijk in action again this season by saying he is still "quite a way" from returning to training despite footage of the player running.

Van Dijk has now confirmed he will not risk his recovery by playing at the Euros, though he is disappointed to miss out.

The defender told Liverpool's website: "In this latest stage for myself, I have come to a decision that I had to make: would I be involved in the Euros, yes or no?

"With everything that is going on, I feel physically it is the right decision that I've decided not to go to the Euros and to go into my last phase of rehab during the off-season.

"So, the full focus will be on pre-season with the club and that's a realistic goal, so I am looking forward to that.

"I think the decision to not go is the right decision in the grand scheme of things. It's tough, but I'm at peace with it.

"I am looking forward to football hopefully with fans and with Holland, we will try to reach the next tournament [the World Cup].

"Hopefully I can lead the boys there for a historical tournament, but we're not there yet.

"It's going to be a very, very hard but hopefully a promising 18 months for club and country."

Van Dijk's status for the Euros has been a talking point ever since his injury, with debate over whether he should risk playing if he is not fit to return for Liverpool.

His leadership and imperious attributes made him a huge part of the Reds' Premier League title triumph last season, playing all 38 matches.

Only one defender in the league bettered his 191 aerial wins, he attempted – and completed – more passes than any of them and Trent Alexander-Arnold was the sole defensive player to have more than his 3,624 touches of the ball.

His excellence did not only help keep them solid at the back but his influence stretched to their wider philosophy on the ball as well, yet they have been without that for most of 2020-21.

The injury absence of Van Dijk and a host of other players, particularly in defence, has hit Liverpool hard in a campaign where they are now struggling to finish in the top four.

"We all know how the season has gone – and we're not happy with how it's gone," added Van Dijk. "It's been frustrating for all of us, for all the Liverpool fans.

"With everything that is going on in the world and in the football world as well, personally it has been a very tough year, but I am looking forward to next season.

"It has been a very, very tough journey so far, but I am in a good place right now and I'm progressing nicely.

"Seven months ago I got injured and it's been a very, very long road. I had to take it step by step, as I have done. Things have been going well, I've not had a real setback or anything, I've just progressed nicely.

"I am not the youngest anymore; I'm obviously not old, but I am quite mature and I know by now what could be a good decision.

"I think this decision has definitely been the right one, in my opinion, to give my body and my knee a little bit more extra time.

"But I think it’s the right thing to do to stay a little bit more patient and work even harder during the off-season and get ready."

Netherlands are in Group C for Euro 2020 along with Ukraine, Austria and North Macedonia.