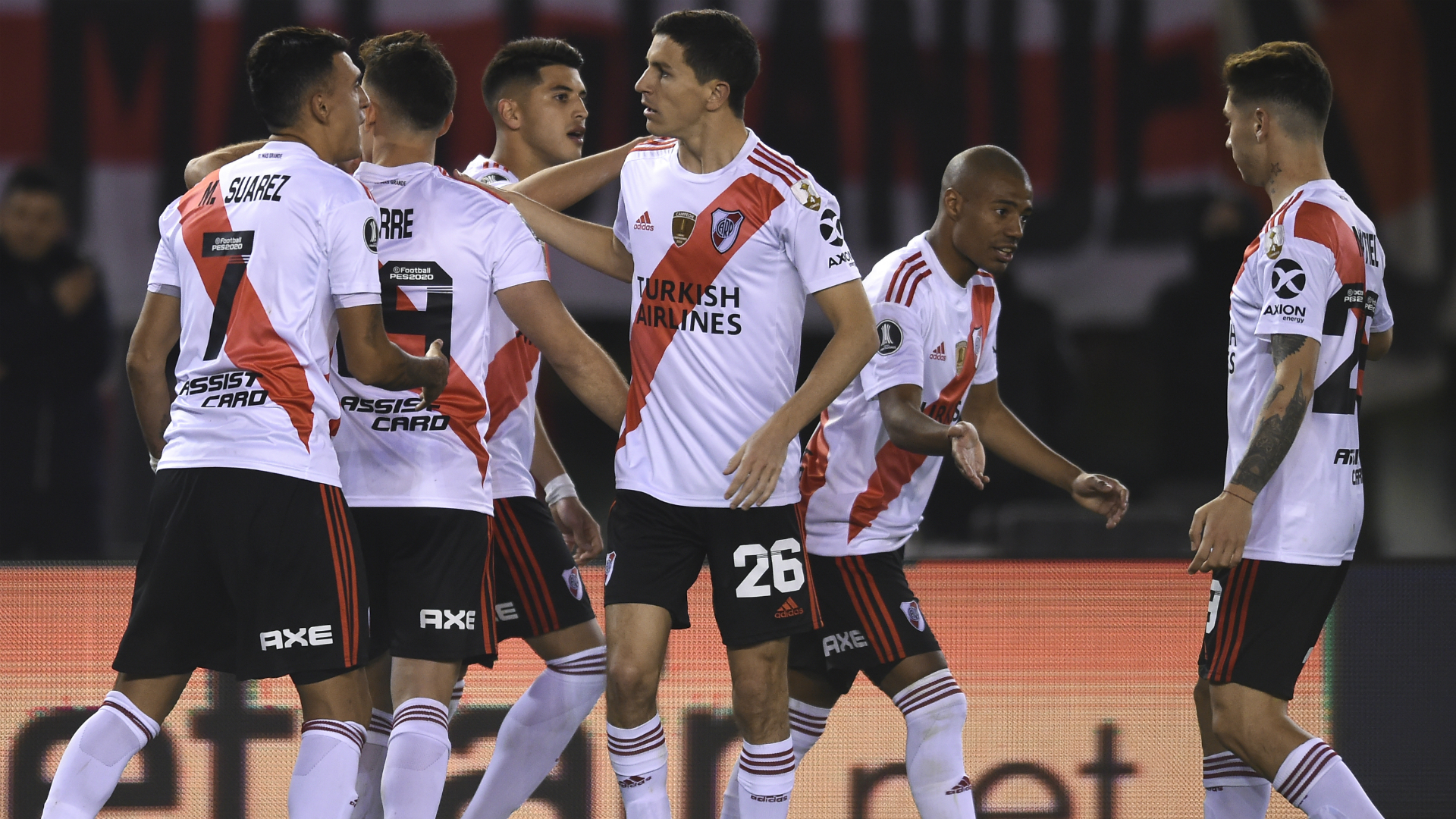 
Copa Libertadores champions River Plate took a giant step towards the semi-finals after claiming a 2-0 win over Cerro Porteno in the first leg of their quarter-final tie.

Ignacio Fernandez and Rafael Borre both scored penalties in each half to lead River past Paraguayan visitors Cerro Porteno in Buenos Aires on Thursday.

After reviewing a handball against Joaquin Larrivey in the penalty area, Fernandez eventually stepped up to convert the spot-kick following Cerro Porteno protests.

River forward Borre made it 2-0 for the Argentine giants with a penalty of his own in the 65th minute.

After having a goal ruled out 12 minutes earlier following a foul in the build-up, Borre made no mistake from the spot.

River will travel to Cerro Porteno for the return leg on August 29, with a potential semi-final against Boca awaiting the Libertadores holders.