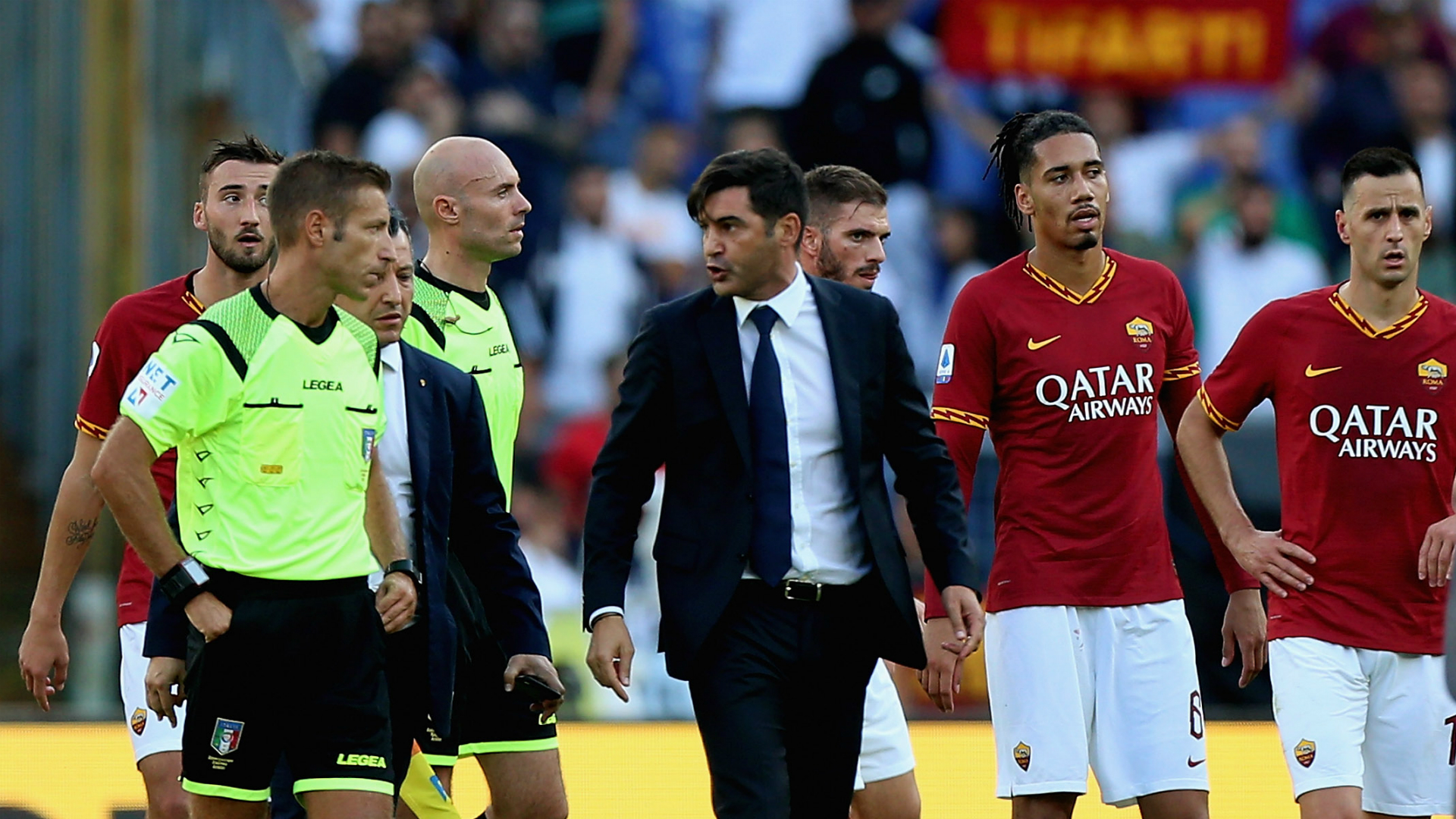 
Roma coach Paulo Fonseca has had his Serie A touchline ban reduced from two matches to one.

Fonseca was handed a two-game ban by the Lega Serie A after continuing to aggressively shout at referee Davide Massa following his dismissal in Roma's 1-1 draw with Cagliari on October 6.

However, the 46-year-old appealed the decision and will now only miss one game - Sunday's trip to Sampdoria - before returning to the dugout for next week's home meeting with AC Milan.

Roma, who confirmed the news on their official Twitter page on Thursday, sit fifth in Serie A ahead of their return to action this weekend.

The Sports Appeal Court has reduced Paulo Fonseca's league ban from two games to one. In Serie A, the coach will return to the dugout for #ASRoma’s match against AC Milan. pic.twitter.com/Dsgo0iVfEp