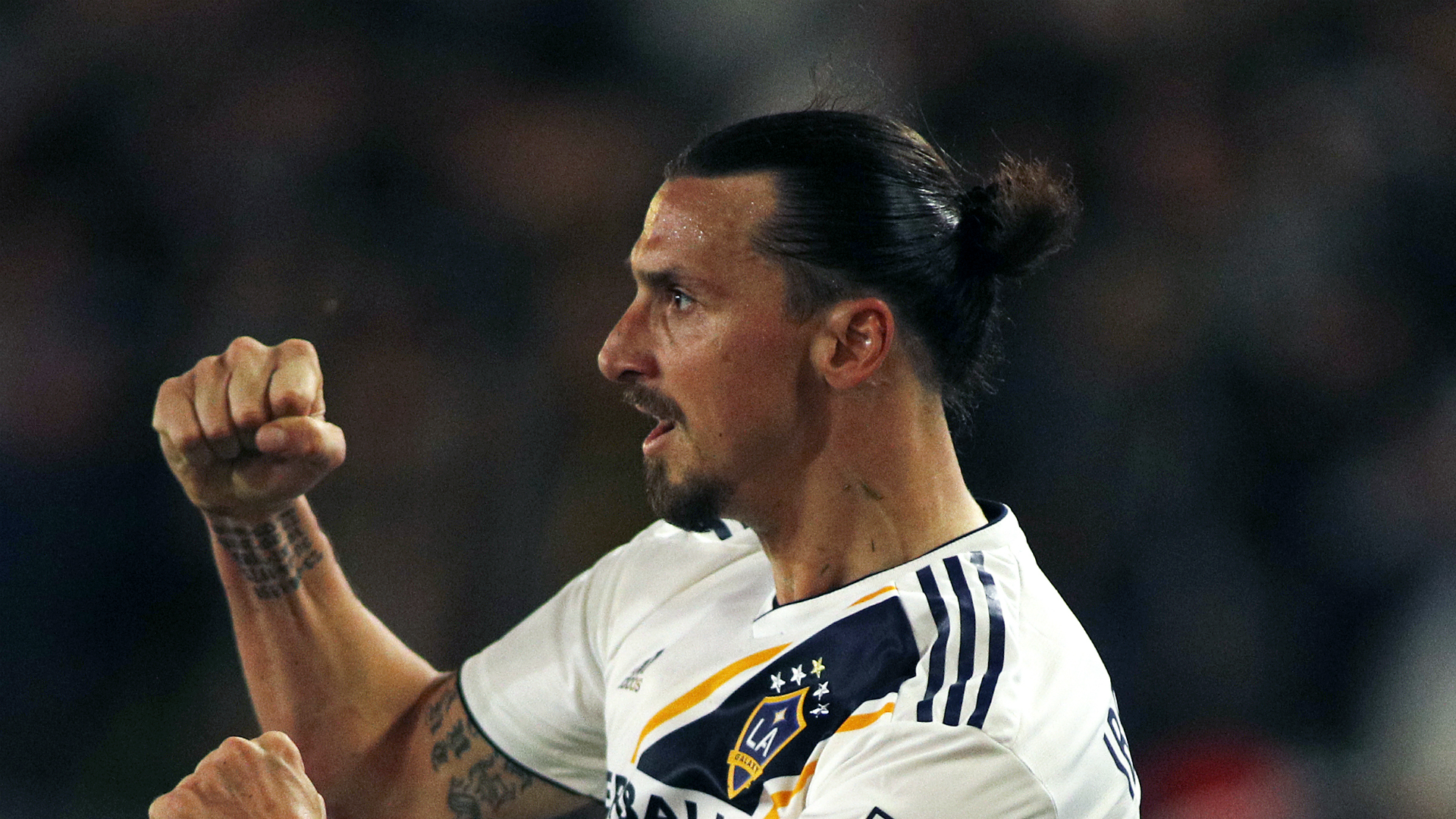 
Zlatan Ibrahimovic is a "great player" but Stefano Pioli is unsure if the striker will return to AC Milan.

The 38-year-old's contract with MLS side LA Galaxy expires at the end of the year and he has been linked with a move back to European football.

MLS commissioner Don Garber claimed this week Ibrahimovic is "being recruited" by Milan, where he spent two seasons before leaving for Paris Saint-Germain in 2012.

Milan have been tipped to strengthen their squad in January following a poor start to the campaign, but Pioli was unwilling to confirm Ibrahimovic is a target.

"Ibra is a great player," he told a news conference on Saturday. "But the January market is far away. There will be time to make assessments."

Here’s the squad travelling to Turin for #JuveMilan

Milan have won one of their four matches under Pioli, who was brought in to replace Marco Giampaolo last month.

The 18-time Serie A champions are in the bottom half of the table after 11 matches and travel to Juventus on Sunday.

Despite the 16-point gap to champions Juve, however, Pioli has full faith in his players and is relishing the chance to pick up a potentially season-defining result.

"I trust my players, even if the table says we are far away from Juventus," he said.

"Matches start from 0-0, 11 players against 11. It's a great challenge, but the big challenges also mean having a great opportunity.

"Talking about turning points is always difficult. It is clear that on a mental level, doing well tomorrow would mean a lot for us.

"It's a difficult challenge but a great opportunity, one that we need to be ready to fight for."

Ronaldo has failed to find the net in three of his past four outings, but Pioli is well aware of the Juve forward's capabilities.

"It is difficult to say how to stop him," he said. "He has many chances to hurt teams. We are talking about a phenomenon, a champion.

"Against him we must be much more careful and determined, giving him little space to work in. He is among the best players ever, alongside [Lionel] Messi, Pele and [Diego] Maradona."

Franck Kessie, Samu Castillejo, Mateo Musacchio and Fabio Borini are all out of Milan's squad to face Juve, but Suso returns after missing the 2-1 loss to Lazio last weekend.