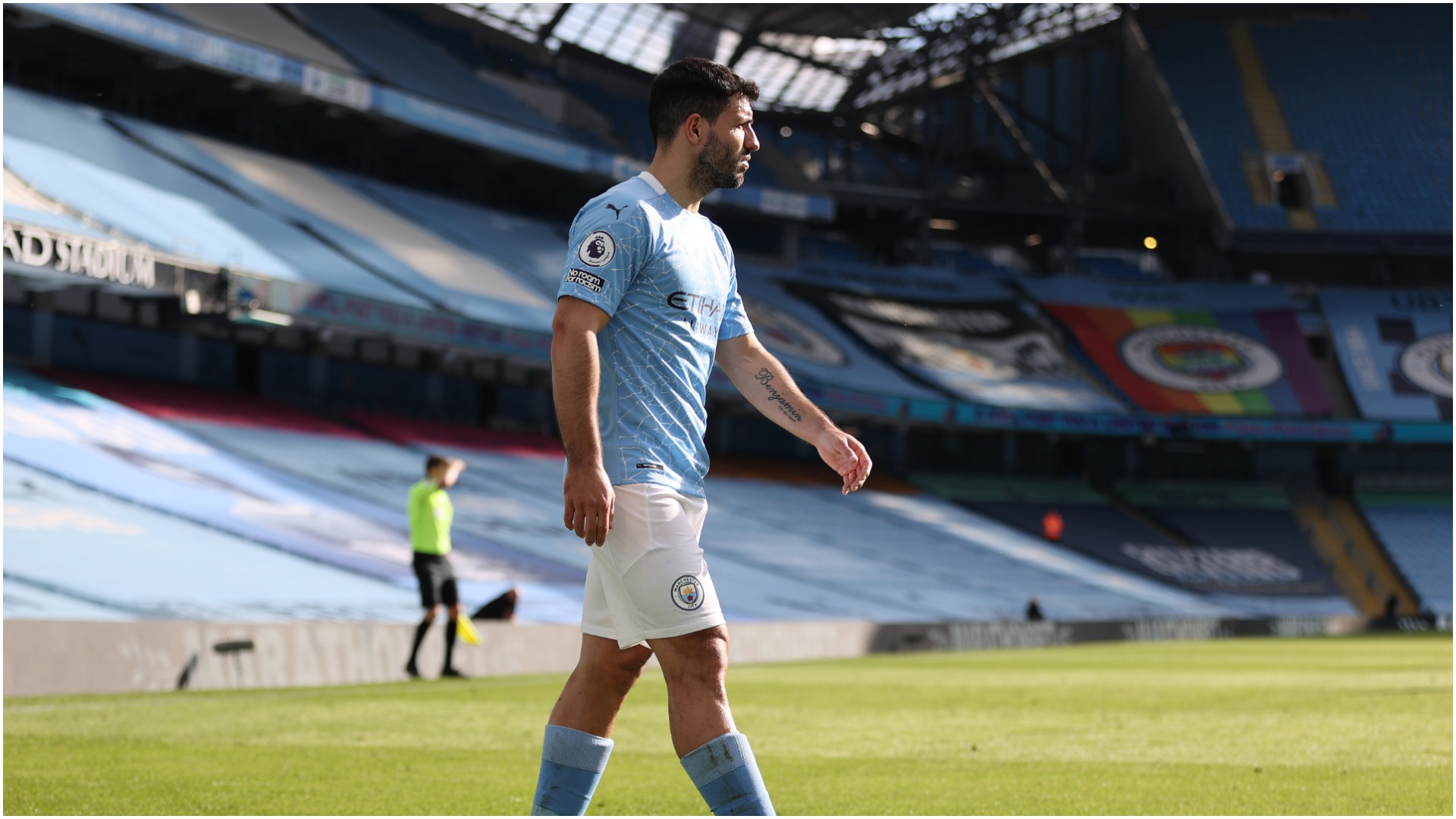 
Pep Guardiola will manage Sergio Aguero carefully, as he explained the difficulties of keeping each player in his Manchester City squad satisfied.

City made it 20 successive wins in all competitions on Saturday, as they edged past West Ham 2-1 in the Premier League thanks to goals from defenders Ruben Dias and John Stones.

Aguero made just his fourth start of the season in total – and his first since October – with the City great, who is out of contract at the end of 2020-21, having struggled with injuries through the course of the campaign.

The 32-year-old failed to have an attempt and created just one chance before he was taken off in the 61st minute, having had 32 touches – less than any other outfield player to have started the game for City.

Guardiola, however, insisted Aguero will need time to pick up his sharpness, though the striker's minutes will have to be managed precisely.

"Sergio has been out for more than a year, he played cup games but got injured again, then it was surgery," Guardiola told a news conference.

"With Sergio, at this part of this season, having that special talent and special quality is going to help.

"So it's good that he played 60 minutes, that's good for his legs. In the next games, we might need him for 10, 15 minutes or from the beginning.

"It's not easy for him but he just has to play better and better and he can help us in the sense of his ability."

Guardiola concedes Aguero wants to play more, but reiterated that he has to balance his squad, namechecking Eric Garcia, whose stay at City is set to end at the culmination of the campaign.

Barcelona have been heavily linked with a move for the 20-year-old, who ended last season as the club's first-choice centre-back alongside Aymeric Laporte.

Garcia has made just three league appearances this season, and last featured for City in an FA Cup win over Swansea City in early February.

"There are other players who want to play too, so I know Sergio is so important for us. What he has done for this club – he has scored the most important goal for us," Guardiola continued.

"We want to help him and see him good but, at the same time, Raheem [Sterling] didn't start, Phil [Foden], Bernardo [Silva] didn't. So I try to handle it so everyone can be involved.

"You cannot imagine how I feel about Eric Garcia, he's like a son. Last season, during lockdown he was the best defender that we had.

"He'd never make a mistake like Ruben, John and Aymeric have not this season. He was the reason we qualified for the Champions League, clubs like Bayern and Barcelona wanted him and that's not because he was an average player.

"In the last two games he was not selected, that's why it's difficult to put all of the players in. Players have to be patient and at the end all you judge is the performance. If the players are performing well they will have more chance to play again."

Asked if sentiment will come into play with Aguero's game time as his time at City potentially draws to a close, Guardiola replied: "From day one, my message here is what happened before is over – we learn from this and onto the next one.

"It's not just for Sergio, it's for everyone. I think about who is best in this position, who is in the best condition. If I am fair to one player, I am unfair to another one, that is the difficulty.

"Now it's for him to prepare if we need him, at the end there will be games that are tough and difficult and we will need a goal! Who is the best guy to do that – it's him.

"Every player needs time, especially him but everyone needs time. We have trophies to fight for, soon we'll be going to Goodison Park for a quarter-final, the second leg of the Champions League.

"Many nice things to fight for and everyone needs to be ready."