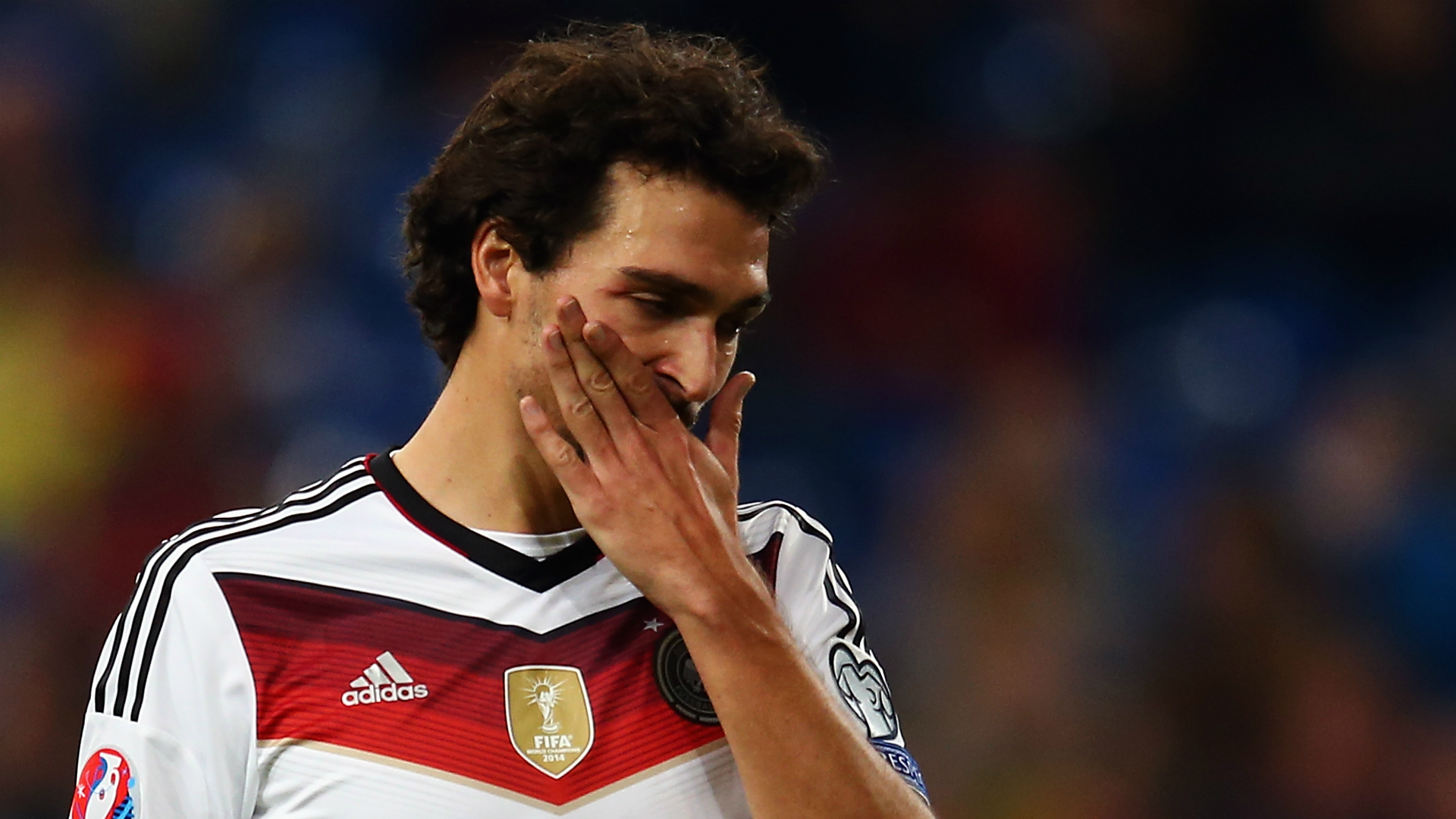 Germany boss Low's stance on Hummels should be respected - Heinrich


Joachim Low's decision not to select Mats Hummels for Germany must be accepted, according to former Borussia Dortmund player and coach Jorg Heinrich.

Hummels was suddenly dropped from the national team in March, along with his then Bayern Munich team-mates Thomas Muller and Jerome Boateng.

The centre-back subsequently rejoined Dortmund from Bayern and has been in fine form in the early weeks of the 2019-20 Bundesliga season.

Low, though, has continued to leave Hummels out of his squad despite defensive injuries affecting his latest selection, with Freiburg's Robin Koch called up for the first time.

"Jogi Low has his strategy with dealing with this topic," Champions League winner Heinrich told Omnisport. "When Hummels played in Munich it was not a big topic for us.

"Now he's playing very well for BVB and everybody would be happy to see him in the DFB shirt, but in the end it's a decision of Joachim Low and we have to respect that."

Zorc prematch presser ahead of #SGEBVB:

“Mats Hummels is the best German central defender. I say this now and I will continue to say this in 2020.” pic.twitter.com/1PcHU3t5QP

Low has turned to youth in a bid to inspire a turnaround in Germany's fortunes after flopping at Russia 2018, where their World Cup defence ended in the group stages.

"Joachim Low is very courageous to work with such a lot of young, talented players," former Germany international Heinrich added.

"It's not an easy situation after the great success we had in 2014 to build a new team.

"He's doing very well. We have very, very talented players in Germany that have to play at a high level to improve. We're looking in a very positive way."