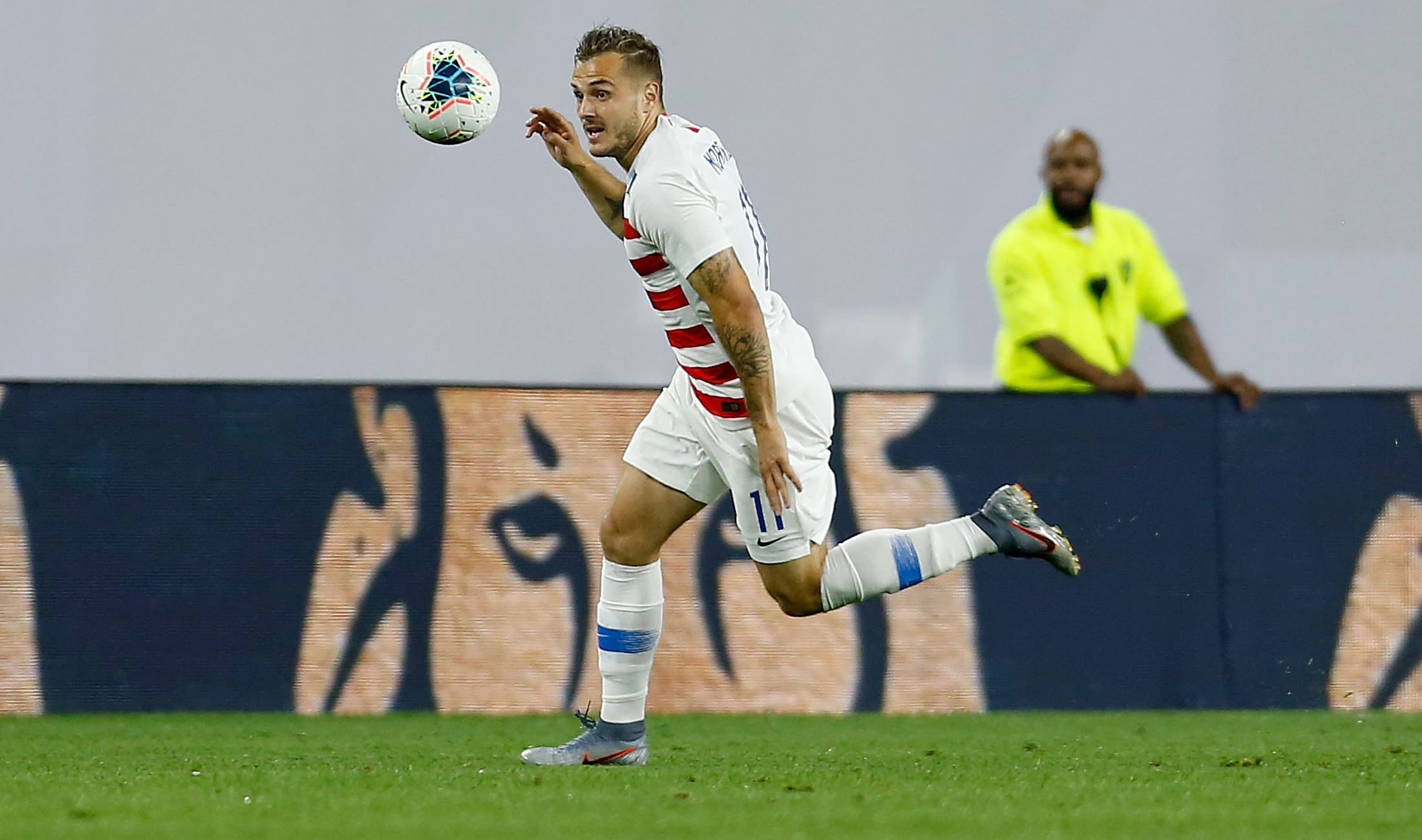 
The United States moved into the CONCACAF Nations League semi-finals after a 4-0 win over Cuba on Tuesday.

USA were ahead inside a minute in the Cayman Islands through Josh Sargent and never looked back, Jordan Morris adding a first-half brace.

Morris continued his fine run of form for USA before Sargent sealed his side's victory during a quieter second half.

The win ensured Gregg Berhalter's side of top spot in Group A of League A and a spot in the semi-finals on goal difference.

USA opened the scoring inside 40 seconds through Sargent.

Paul Arriola did the hard work down the right before crossing for Sargent, who scored from close range as he put Cuba goalkeeper Sandy Sanchez under pressure.

USA dominated the first half and Weston McKennie had a goal-bound effort cleared off the line by Erick Rizo in the eighth minute.

However, the visitors doubled their lead through Morris, who made no mistake in a one-on-one with Sanchez after a great flick-on header by McKennie.

Long's ball from the left side of the area went over Sanchez and Morris tapped in on the goal-line to make it 3-0.

After a quieter start to the second half, USA added to their lead through Sargent's second.

Tyler Boyd flicked Reggie Cannon's back-post cross into the path of Sargent, who converted from inside the area in the 66th minute.

USA cruised late on, easing to an important victory and seeing Cuba finish without a point in the group.

What does it mean? USA put Canada hiccup aside

A 2-0 loss to Canada in Toronto in October had Berhalter under enormous pressure at the helm, but USA have responded. Wins over Canada (4-1) and Cuba this international break – and a spot in the semi-finals – have surely been enough to ease the pressure on Berhalter.

For the second game in a row, USA scored inside two minutes. They also netted three times in the opening nine minutes against Cuba in October and Berhalter will be hoping they can continue their fast starts going forward.

Morris' brace meant he has scored in four of his past five appearances for USA. The Seattle Sounders forward has netted five of his 10 international goals since September in a fine run of form.

@A_Lolo12 with the chip for @JMorris13 who makes sure on the door step. #CUBvUSA pic.twitter.com/Iti2Y37M7I

Both countries have played their final games of the year, but USA can look forward to the Nations League semi-finals in June 2020.