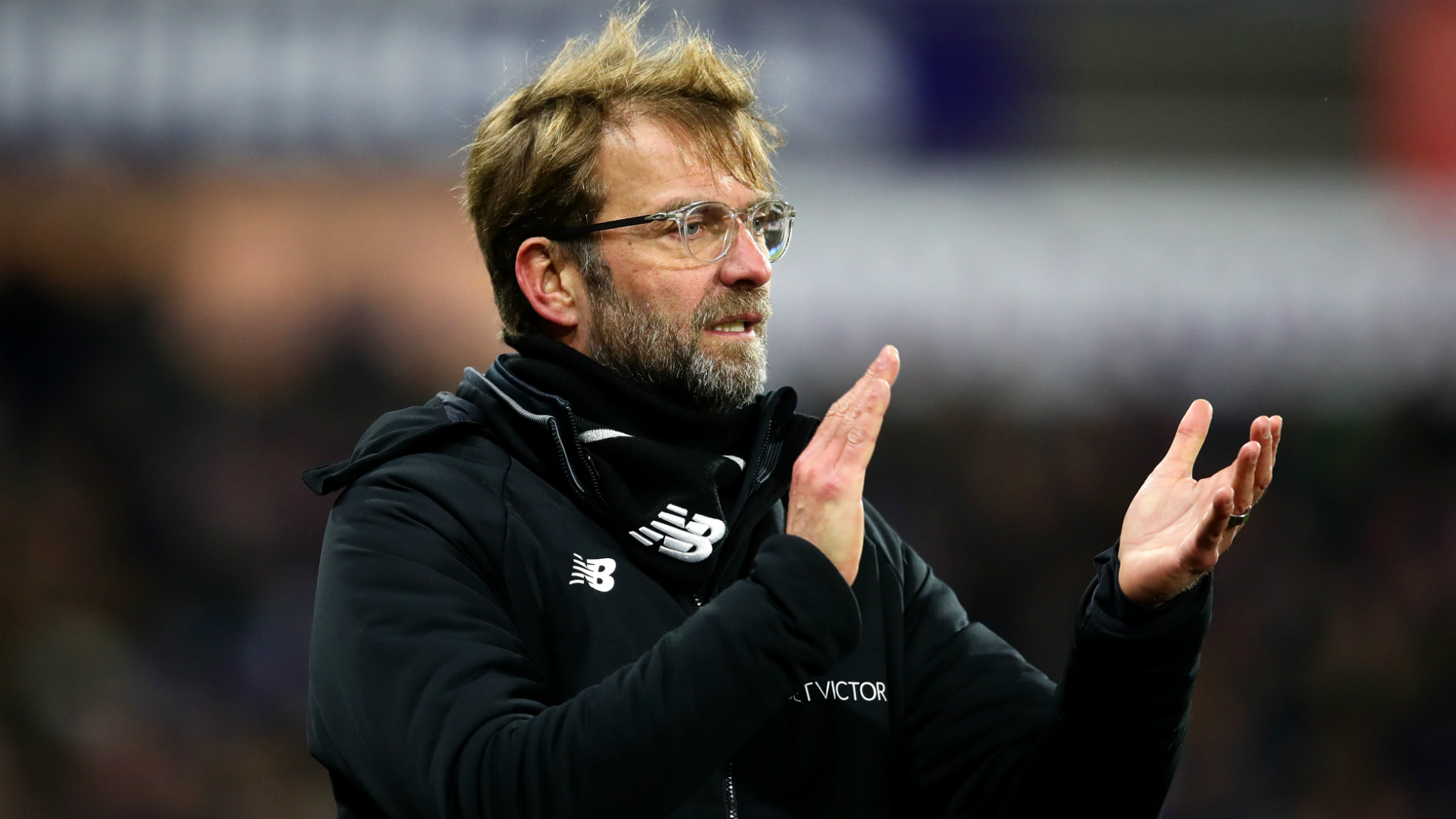 Liverpool fell behind at Selhurst Park thanks to a Luka Milivojevic penalty in the 13th minute, which came as a result of Loris Karius' clumsy tackle on Wilfried Zaha.

But Sadio Mane levelled just after the break and the in-form Mohamed Salah wrapped up the win six minutes from the end.

Next up for Liverpool is City at home in the Champions League and Klopp thinks they are going into the game in a great mood as a result of the comeback.

"In the moment, nobody should be worried about our mood," Klopp told reporters at his post-match news conference.

"The boys are really on fire, I like that, but I know as a football professional you always have to deliver, deliver and deliver.

"We really took back [players] from completely different countries and time zones, then you have two days – or one-and-a-half –  to be prepared.

"Then you saw physically we were not at our best today and you need all what you have to beat Crystal Palace. You have to fight, we fought and I am really happy about it.

"We didn't play the best football we can play, no problem with that but it helps, especially in the Premier League.

"It will still be very difficult against Manchester City. I don't think it gives us a big advantage against them, but no problem with that.

"We will be excited about the opportunity to play City in a quarter-final early enough, but in the moment we are still enjoying this result."

Salah's goal was his 37th of what has been a remarkable debut season with the Reds and Klopp lauded his striking abilities.

"That makes him a proper striker," Klopp added. "If you only score on a perfect day then you cannot score 37 goals, that's clear.

"[He is] outstanding. Just having him on the pitch on a situation like that is good. Hopefully it stays like this, that's the most important thing."