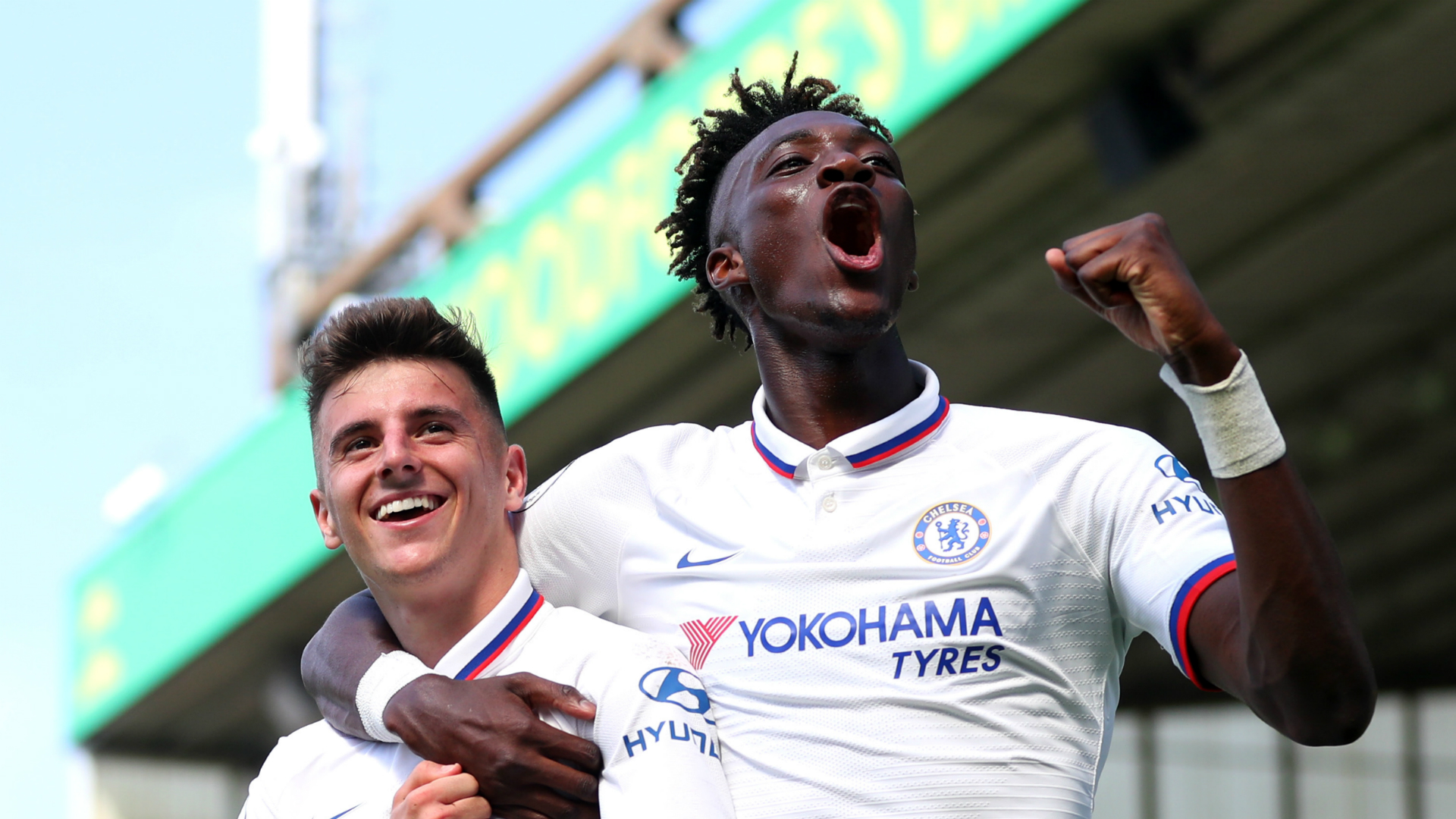 
When Tammy Abraham and Mason Mount fired Chelsea into the lead on a sunny afternoon at Norwich City, they became the first two English players aged 21 or under to score in a Premier League match for the Blues in 27 years.

Eddie Newton and Graham Stuart were the last pair to achieve the feat, back in August 1992, and since then Chelsea have become synonymous with international imports who flourish at the expense of academy graduates.

But the transformation taking place under Frank Lampard was epitomised by the manner of their early goals, first when Abraham had the poise and presence of mind to half-volley home in the third minute.

Mount's strike was even more emblematic of the spirit building at Stamford Bridge, the 20-year-old cutting inside his marker before rifling his second goal in as many games high into the net with all the confidence of a young player enjoying the freedom to express himself in a positive, attack-minded team.

That team was Chelsea's youngest in the Premier League since February 1994, with Ross Barkley's late inclusion as a replacement for Pedro bringing the average age down to 24 years and 208 days.

After defensive frailties and Norwich's opportunism pegged them back to 2-2 at half-time, Lampard's young charges swamped their hosts in the second half and, when they needed a winner, Abraham delivered with a fine finish from outside the box.

The goal capped a fine afternoon for Abraham and clinched a deserved Chelsea victory that left Blues supporters with several young, English reasons to be optimistic about the season ahead.

Five goals in 31 appearances while on loan at Swansea City was Abraham's Premier League return prior to his second start of this season at Norwich and he converted his first opportunity of the afternoon with some style.

He went one better with his second, composing himself 20 yards from goal and shooting through the legs of Grant Hanley to beat Tim Krul and send a message not only to the rest of the division but to England manager Gareth Southgate.

Say it quietly, but Chelsea fans are starting to forget about Eden Hazard as Mount's abundant qualities apply ointment to the wound left by the Belgian's departure.

Goals in consecutive matches this season only tell part of the story, and what will delight Lampard as much as Mount's marksmanship is his intuitive interplay with Ross Barkley and Christian Pulisic.

England midfielder Barkley started just 13 league games under Maurizio Sarri last season and is by no means guaranteed his place under Lampard.

But if the 25-year-old continues to offer the leadership qualities and engine room presence that were key to Chelsea's first win of the season, he will be difficult for the boss to overlook.

More starlets on the sidelines

Promising defender Fiyako Tomori watched the win at Norwich from the bench but he knows Lampard trusts him after being a regular in the Derby County team last season.

Lampard will welcome Callum Hudson-Odoi back into the fold in September, with Ruben Loftus-Cheek a little further behind in his recovery from a ruptured Achilles, and the Blues could be fielding a half-home-grown team before long.

Patience required, but Lampard must plug the leaks

A first league win of the season will relieve some of the pressure that was starting to creep into Lampard's dugout, but Roman Abramovich is not known for his patience.

The Chelsea owner will be pleased for his former captain and belief in the new project may be growing, but after seeing his side leak seven goals in three games the now stay-away owner would be justified in asking for some clean sheets in exchange for his faith.

Three goals and our first @PremierLeague win of the season! #NORCHE pic.twitter.com/PKv9cA5JoY