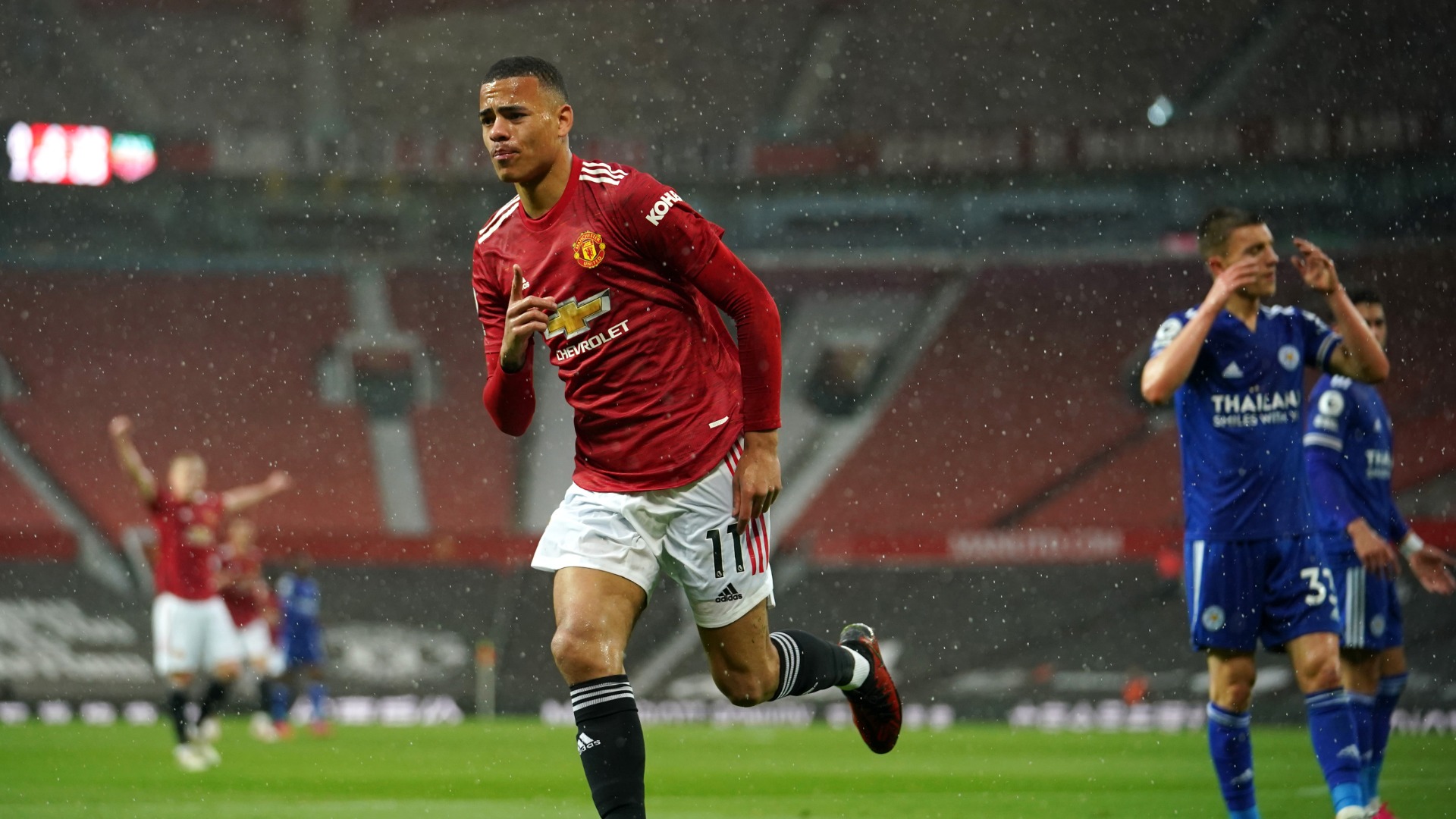 
Ole Gunnar Solskjaer applauded Mason Greenwood for playing with responsibility alongside some of Manchester United's younger players against Leicester City and wants him to retain that authority when teaming up with first-team regulars.

United lost 2-1 at home to Leicester on Tuesday, a defeat that confirmed Manchester City as Premier League champions for the third time in four years.

The result did not come as a huge surprise, however, given Solskjaer had made 10 changes to his starting XI from the 3-1 win over Aston Villa just two days earlier – Greenwood the only player to keep his place.

The England international got United's goal, a tidy finish into the bottom-left corner after skipping past Caglar Soyuncu to cancel out Luke Thomas' spectacular opener.

Alongside him in the United attack were 18-year-old Amad Diallo, making his Premier League debut, and Anthony Elanga, who was playing his first ever game for the senior side – Greenwood, although only six months older than the latter, was making his 102nd appearance.

Solskjaer felt Greenwood – occupying the central striker position – played with greater authority and responsibility as a result and he wants the 19-year-old to take that into their next game against Liverpool on Thursday, when the likes of Bruno Fernandes, Marcus Rashford and Paul Pogba can expect to be back in the team.

"You saw some definite leadership, the way he had to take responsibility," Solskjaer said.

"He's got Amad and Anthony next to him, looks at them and thinks, 'I've got 100 games here so I need to help them', which is great.

"He did really well, considering his age he's got 100 games and has got loads of experience.

"The way he took responsibility, I was really pleased with it. That's maybe not as easy when you've got Bruno, Paul, Marcus and Edinson [Cavani] next to you, which is natural.

"I still want him to take that responsibility when he plays. No matter how old you are, if you believe in yourself, trust in yourself, and think it's the right decision, you make that decision.

"He did that [against Leicester] and I still want him to do that on Thursday, when he plays with the more experienced ones."

It has been a testing season for Greenwood, who struggled early on to replicate the remarkable form he had shown in 2019-20.

The teenager had to cope with the death of a close friend and was then involved in controversy on England duty, finding himself sent home after making his debut and then being excluded from the next selection.

Greenwood also appeared to become something of a target for certain sections of the British media, and his form suffered considerably, only managing three goals across all competitions between the start of the season in September and the end of 2020.

His struggles continued into 2021 and the forward went on a run of 15 appearances without a single goal from late January, but he ended that barren spell against Leicester City on March 21 and has since netted eight times in 11 matches.

No Premier League player has scored more goals on all fronts over the same period, with Greenwood once again showing the kind of killer-instinct in front of goal that made him so feared in 2019-20, when he scored 17 goals.

Ten of those came in the league from an expected goals (xG) value of just 2.9, meaning he scored 7.1 goals more than expected. No player in the division could match that xG overperformance.

This would generally indicate elite-level finishing or a player getting lucky. Greenwood's form earlier this season suggested it was the latter, but since March 21 his xG overperformance across all competitions is 5.0 – almost double the next-most efficient player in that time, Kelechi Iheanacho (xG overperformance of 2.9).

After a shaky period, Greenwood is seemingly back on track and showing the finishing talents that made people sit up and take note last season.

While Solskjaer wants him to keep playing with authority for United, on current form many would even be backing him to take extra "responsibility" with England at Euro 2020.