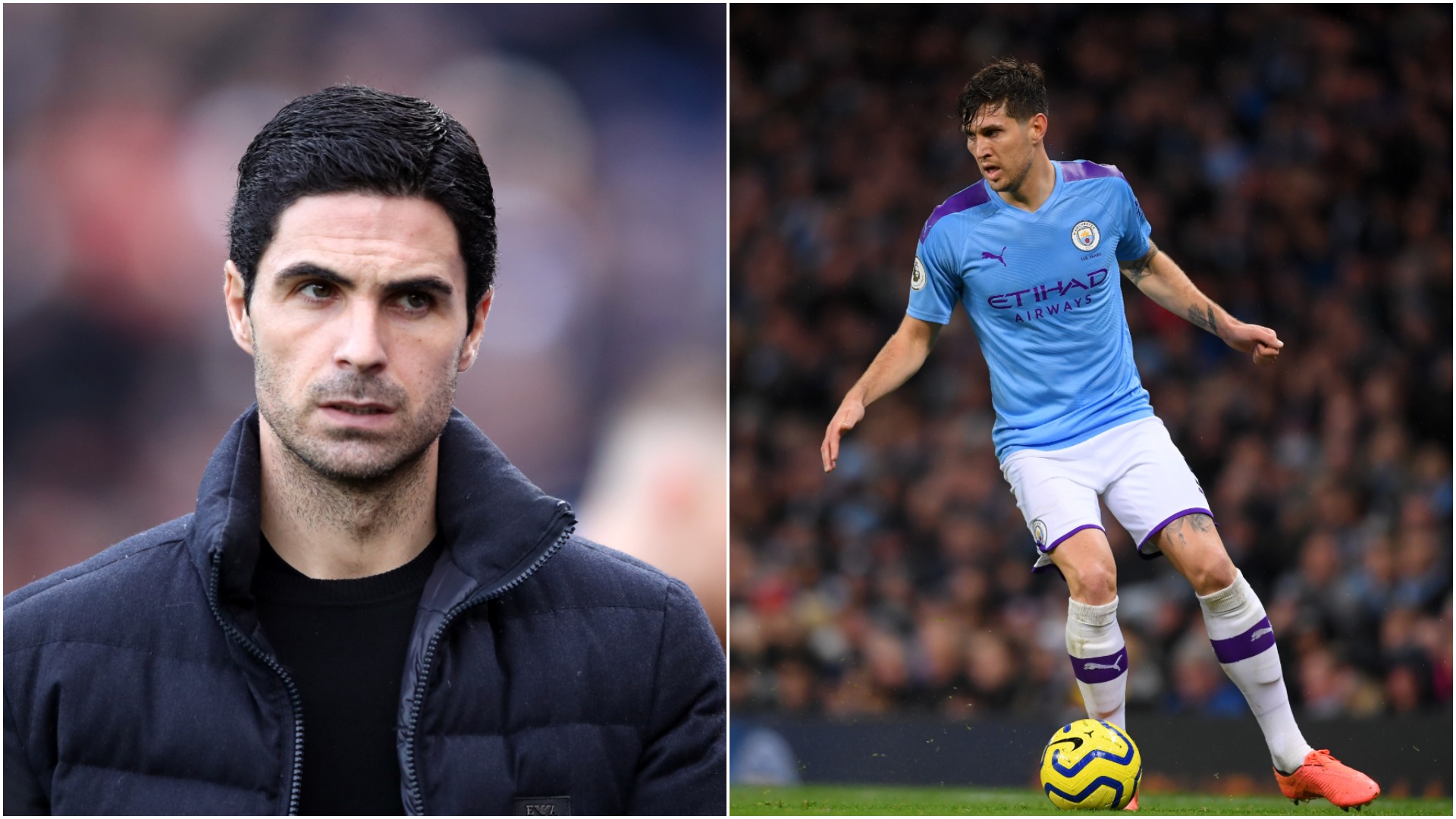 'No truth' in Stones to Arsenal rumours, claims Arteta


Mikel Arteta has claimed there is "no truth" in speculation linking Arsenal with a move for Manchester City defender John Stones.

Injuries to Sead Kolasinac, Calum Chambers, Kieran Tierney and Hector Bellerin have left Arsenal short of numbers at the back.

Reports casting doubt over Stones' future at City have also emerged, with Arteta having been linked with a move for the England international, who he worked with for three-and-a-half years at City.

However, Arteta insisted there is little truth behind the speculation, despite acknowledging his admiration for Stones, who has not been a regular starter for City this season.

"Bad news for you guys I have nothing to say," Arteta told a news conference when asked if Arsenal were expecting any immediate incomings in the January transfer window.

"No, no truth at all," he added when pressed on the Stones reports, while the Gunners' coach also dismissed links with Milan midfielder Franck Kessie.

"John is a player I really like. When I look at centre-backs he's got many attributes I like but I'm not looking at him."

Check out our latest look inside Colney

Arteta did, however, confirm Arsenal are keen to bolster their squad this window if the right opportunity arises.

"It has to be the right player, in the right context, that financially, we can do and attract," he said. "All these factors, we put them together, it's not easy in this market. I have a [wishlist] yes.

"We have a lot of injuries, it can happen, between December and January it's very common. We have to live with the situation, it's what we have. We have to put 11 players out on the pitch on Saturday. They will try their best and I will try my best to select the ones which are the best fit."

Arsenal will be without leading scorer Pierre-Emerick Aubameyang for Saturday's clash with Sheffield United and subsequent meetings with Chelsea and Bournemouth – in the Premier League and FA Cup respectively – after the striker's three-match suspension for a red card against Crystal Palace was upheld.

It means much of the goal-scoring burden will be on Alexandre Lacazette, who has not found the net in a Premier League match since December 5.

"It's a concern for me if he is concerned about not scoring," said Arteta of Lacazette. "In terms of his performances, I'm really happy.

"You can give him confidence but the ball has to end up in the net. That's the best medicine."