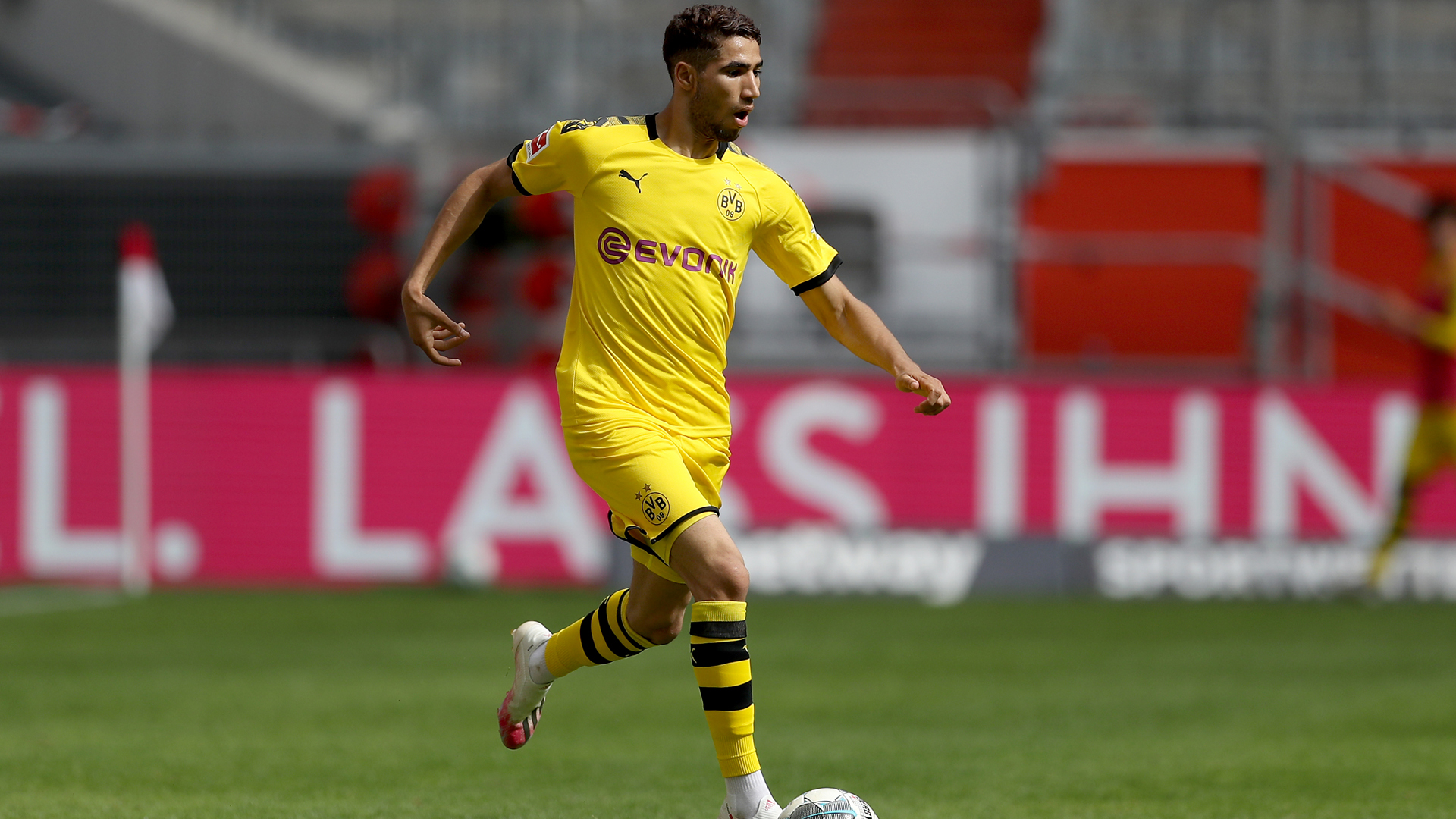 
Achraf Hakimi has joined Inter in a permanent move from Real Madrid, the Italian club confirmed.

Hakimi, 21, has reportedly cost Antonio Conte's side an initial €40million and he joins on a five-year contract.

A statement issued by Madrid read: "The club wants to thank Achraf for all these years of dedication, professionalism and exemplary behaviour since he came to our academy in 2006 and wishes him good luck in his new phase."

The Spain-born Morocco international has spent the past two seasons on loan at Bundesliga side Borussia Dortmund, particularly impressing this term when deployed as a right-sided wing-back ahead of a three-man defence.

On top of an impressive haul of five goals, Hakimi also had 10 assists in the Bundesliga this term – the best of any defender.

Dortmund were not shy about their desire to see Hakimi remain at Signal Iduna Park, but the writing appeared to be on the wall when BVB confirmed the capture of Thomas Meunier on a free transfer from Paris Saint-Germain following reports of Inter closing in on their target.

Hakimi had been at Madrid since 2006 and broke into the first-team squad in 2017-18, playing back-up to Dani Carvajal.

He was sent out on a two-year loan to Dortmund and, although he enjoyed a wonderful 2019-20 in Germany, there are those who are unconvinced by his defensive qualities, particularly in a back four.

10 - Achraf #Hakimi is the 2nd youngest player to have provided at least 10 assists in the current season in the Top-5 European Leagues, behind only Jadon Sancho. Glacial. pic.twitter.com/dYTyLfX8yR

Similarly, Hakimi's contract with Madrid was due to expire in 2021, and a potential unease at being behind Carvajal in the pecking order again could have given rise to the possibility of losing him for free next year.

Their loss is Inter's gain, however, as Conte finally gets his hands on a world-class wing-back, having had Ashley Young, Victor Moses, Antonio Candreva, Cristiano Biraghi and Kwadwo Asamoah as his options in 2019-20.