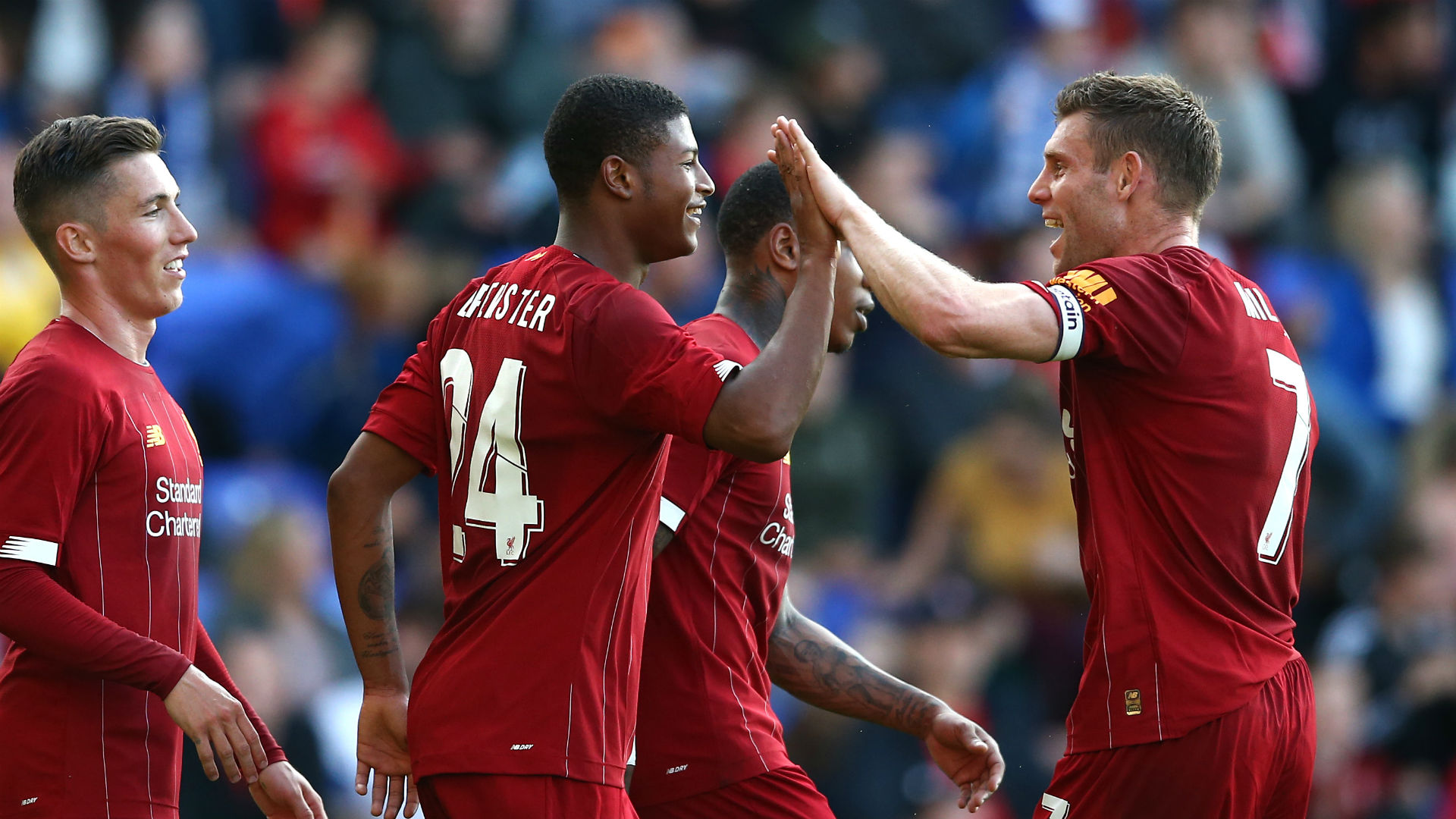 Six of the best for Liverpool as Marseille lose to Accrington

Champions League final goalscorer Divock Origi was among those to find the net as England youth international Rhian Brewster hit a brace.

James Milner turned in an influential first-half performance in midfield alongside Alex Oxlade-Chamberlain and Adam Lallana.

Brewster was the provider in the sixth minute, laying on Nathaniel Clyne to slam into the top corner on his first appearance in a Reds shirt since spending the second half of last season on loan at Bournemouth.

Harry Wilson turned Milner's cross back across goal for Brewster to open his account and the striker doubled his tally on the stroke of half-time when Tranmere goalkeeper Scott Davies could only parry Milner's shot.

A brace from Brewster.

Jones swept in Ben Woodburn's 53rd-minute cross at the back post before Origi's sublime first touch allowed him to beat Davies with ease.

Bobby Duncan's close-range finish completed the scoring at Prenton Park before proceedings bizarrely ended with a pitch invasion at full-time.

Tranmere's League One counterparts Accrington Stanley fared somewhat better in a friendly of their own against a European giant, beating Marseille 2-1.

France international Florian Thauvin pulled one back for Andre Villas-Boas' side, who went down to Sean McConville's header and Offrande Zanzala's penalty before half-time.