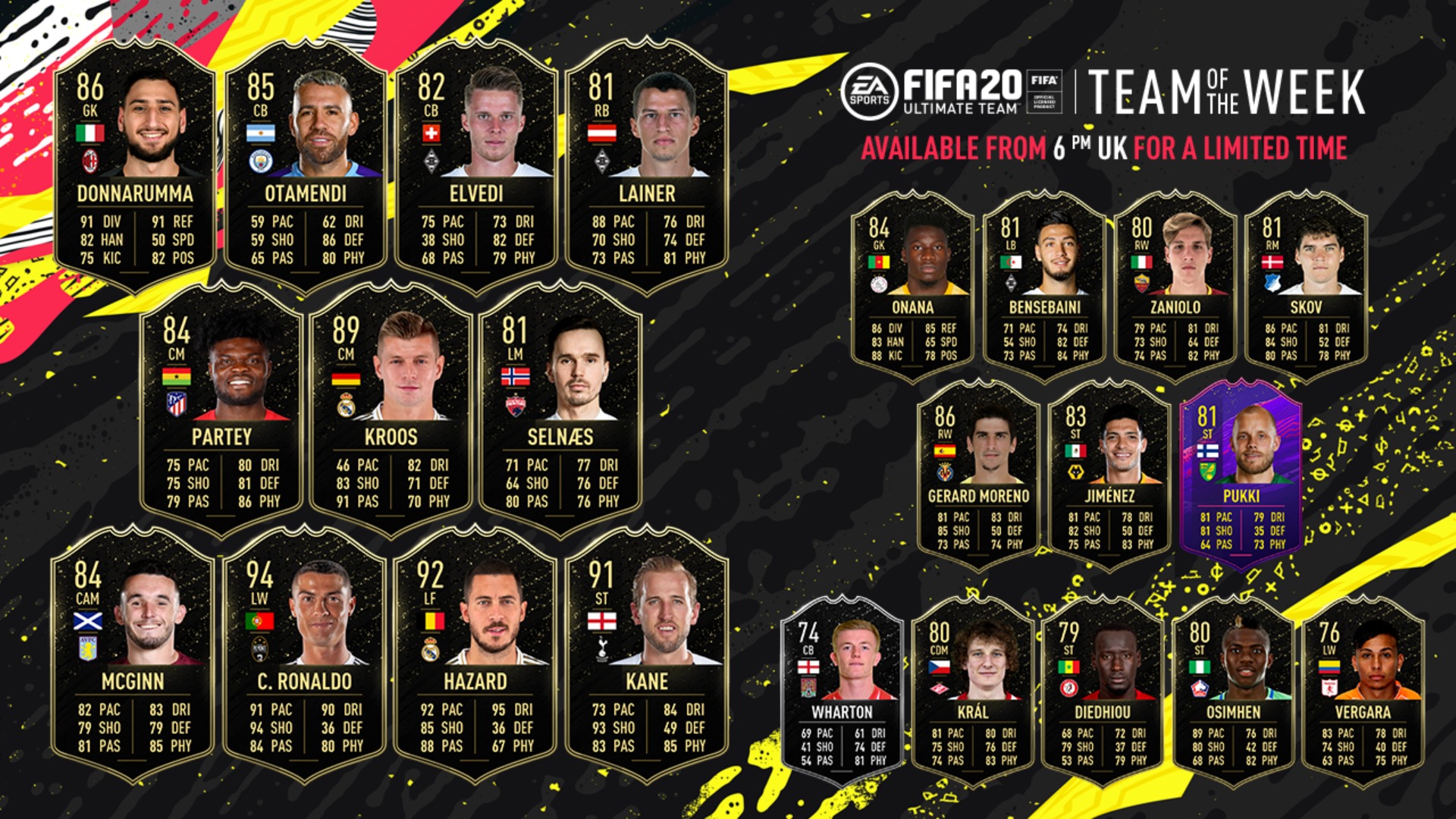 
Cristiano Ronaldo has made FIFA Ultimate Team's latest Team of the Week after moving onto 99 international goals for Portugal.

Juventus superstar Ronaldo is closing on Ali Daei's all-time world record of 109 after another four goals in the international break.

Ronaldo hit a ruthless hat-trick against Lithuania in Euro 2020 qualifying, before netting again against Luxembourg to nudge towards three figures.

He is joined in a thrilling FUT front three by Harry Kane and Eden Hazard.

Kane ended the qualifying campaign having netted in all eight matches, hitting 12 goals in total as the competition's leading scorer.

Hazard is struggling for Real Madrid but scored twice in Belgium's win at Russia, while midfielders Toni Kroos and John McGinn were rewarded for their own goalscoring exploits.

Nicolas Otamendi, often seen as a liability at Manchester City, earned a place with his performances for Argentina.

We take a look at the latest squad in full below.

FUT TEAM OF THE WEEK

Great end to 2019 with @England . A couple of hat trick balls and a big summer to look forward to in 2020! #ThreeLions pic.twitter.com/2AeNPZVrZf

That face when you book your country's place in a major tournament next summer! #ncfc pic.twitter.com/b6VubwOWQ8