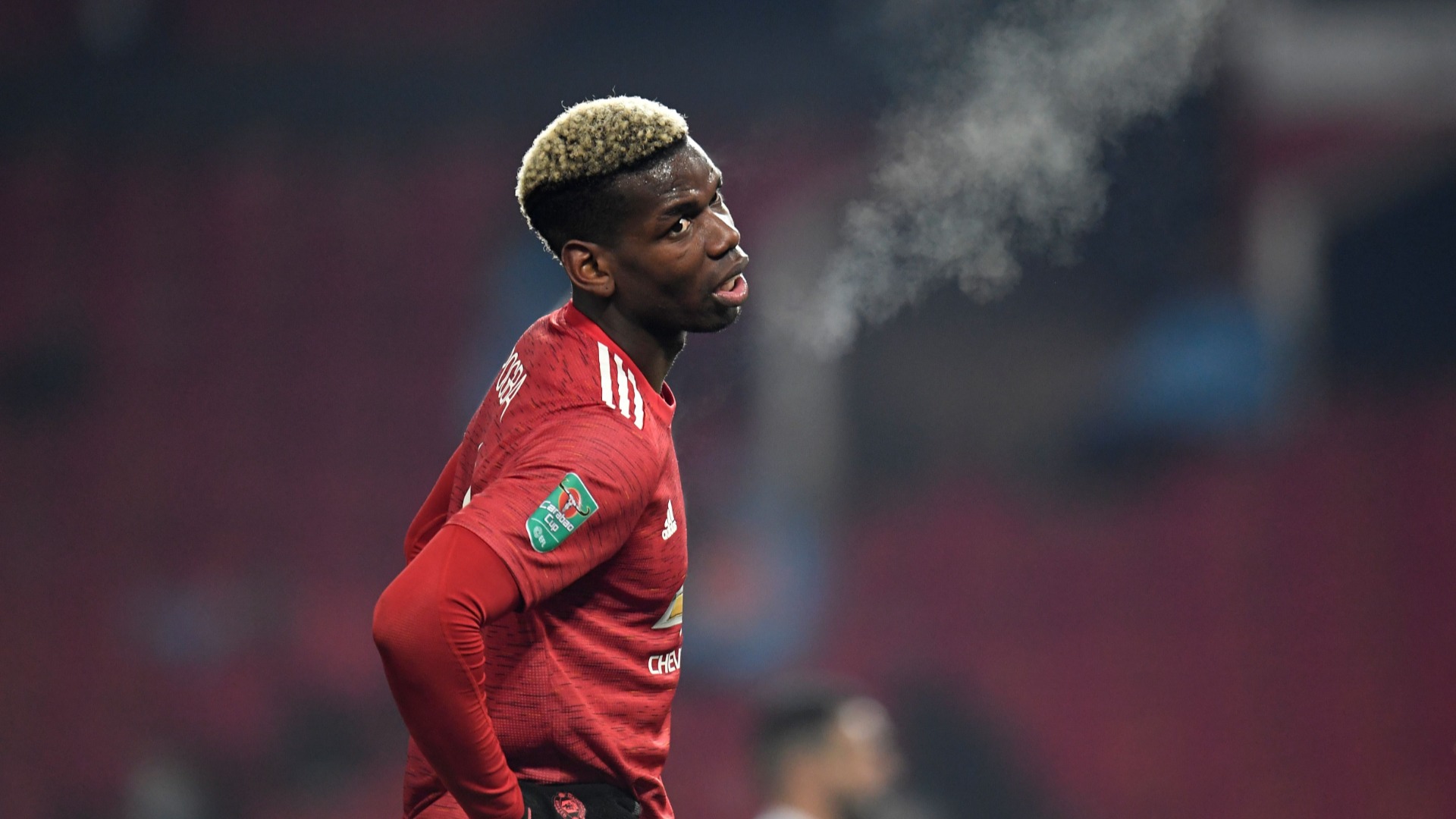 
Paul Pogba is 20 per cent short of his physical peak and still has so much more to give Manchester United, says the club's former striker Louis Saha.

A revived Pogba has been crucial to United going on a 12-match unbeaten run in the Premier League.

He scored in last week's win over Burnley and earned praise from manager Ole Gunnar Solskjaer for playing in an unfamiliar right-wing role in Sunday's 0-0 draw against Liverpool.

That point against the champions at Anfield kept United top of the table, with this being the first time they have held that status at this stage of a season since Alex Ferguson's final campaign in charge.

"I still think he is got a good 20 per cent [more] to give to the team, fitness-wise," Saha told United's website about Pogba.

"He had to recover from COVID-19, he had to fight a lot to be back technically to where he can be.

"Tactically, now with the two sitting midfielders it allows him to bomb forward, whether he's on the left or the right.

"I think he's done really well to read the game better. He has to be a pain for the opposition.

"He needs to have that drive to allow him to bombard and give us another option other than Bruno Fernandes. I think it's a good balance."

The draw with Liverpool was not always pretty, but Saha was encouraged by what he saw.

Next on the agenda: a trip to south-west London #MUFC #FULMUN pic.twitter.com/dQhCfj2iEk

The two-time Premier League-winning Frenchman added: "You need to make sure you hang in there and are tough to beat, that is the main thing.

"You could see the spirit of the guys [on Sunday], the things that we want to see week in, week out.

"We know they have the talent and, when on song, they can do the magic, but this is the foundation that needs to come. Then you have all the confidence to express yourself.

"The lack of organisation before, the lack of confidence, maybe fitness, all this combined was the reason why we were not able to compete but I think it was a good response.

"If you look at how far we’ve come since Ole joined, you can see those players getting more and more direction – concrete decision-making – which is what made us very proud on Sunday I think."

Next up for United is an away game against Fulham on Wednesday.