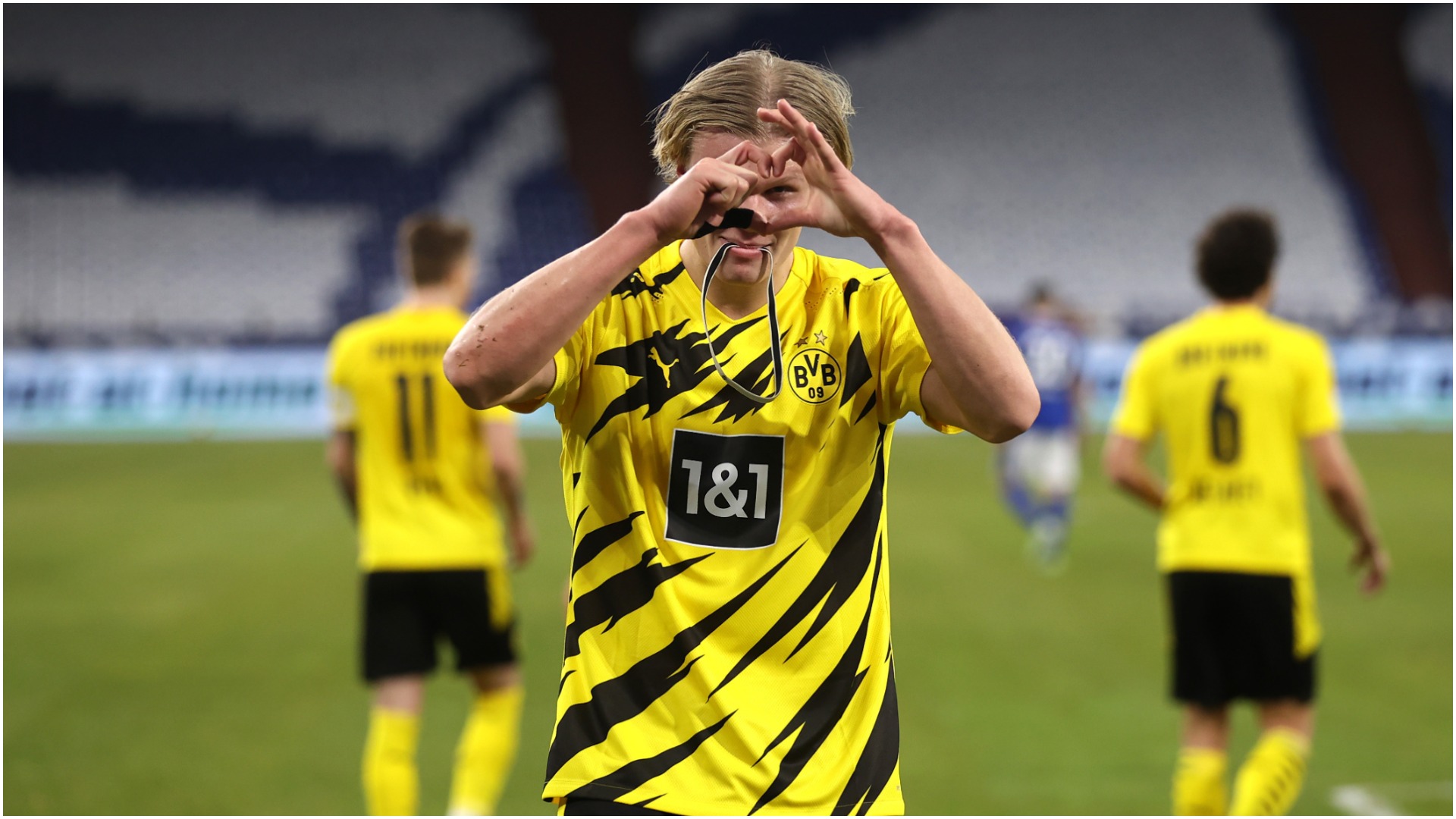 Only 10 teams can afford Haaland - and four are in the Premier League, says Raiola


Erling Haaland can be a star for the next decade but only 10 clubs are realistically in the running to buy the striker when he leaves Borussia Dortmund, according to Mino Raiola.

The Norway international has been prolific since joining the Bundesliga club midway through the 2019-20 season, soring 43 goals in as many appearances in all competitions.

Only Robert Lewandowski (56) at Bayern Munich and Juventus forward Cristiano Ronaldo (50) have managed more for a team in the top five European leagues since the start of January last year – and Haaland is still only 20. His minutes-per-goal average of 79.51 is better than both, though.

Haaland's contract at Dortmund is rumoured to include an agreement allowing him to leave for a €75million fee at the end of the 2021-22 campaign.

In an interview with BBC Sport, Raiola - who is the player's agent - explained why the list of potential buyers only just reaches double figures, with four possible destinations in the Premier League.

"It is obvious that everybody is looking at Erling as one of those potential new future stars because it's so difficult to do what he does at his age at his level," Raiola said.

"He will be one of the future stars of the next decade because we see that stars such as [Zlatan] Ibrahimovic, Ronaldo and [Lionel] Messi are coming to an age where everyone asks themselves: 'How long can we still enjoy them?' So everyone is looking for the new generation.

"Only a maximum of 10 clubs can afford to buy [Haaland] and give the platform you would like after you've been in Dortmund… and four of those clubs are in [England].

"I don't think there's a sports director or trainer in the world who would say 'not interested'. It's like saying: 'Is there a Formula 1 team who would not be interested in having Lewis Hamilton?'"

17 - @BlackYellow ‘s Erling Haaland is the first player in @ChampionsLeague history to score as many as 17 goals in his first 13 appearances. Lethal. #SEVBVB #UCL pic.twitter.com/QpAGqkvcng

Raiola made clear he does not expect the financial impact of the coronavirus pandemic to have an impact on "extraordinary talents" such as Haaland and Paul Pogba, another of his clients.

He caused a stir in December when suggesting ahead of Manchester United's crucial Champions League game with RB Leipzig that the midfielder was not happy at Old Trafford, making a contract extension appear unlikely.

United lost that game in Germany, a result that saw Ole Gunnar Solskjaer's side miss out on the knockout stages of the competition.

"I don't think that it destabilised anybody, because they had a fantastic run and they were even first, for a period, in the league," Raiola said of his comments.

"You think big players like Pogba - or Solskjaer, who won everything in his life - get destabilised by what Mino Raiola says? Come on, please."