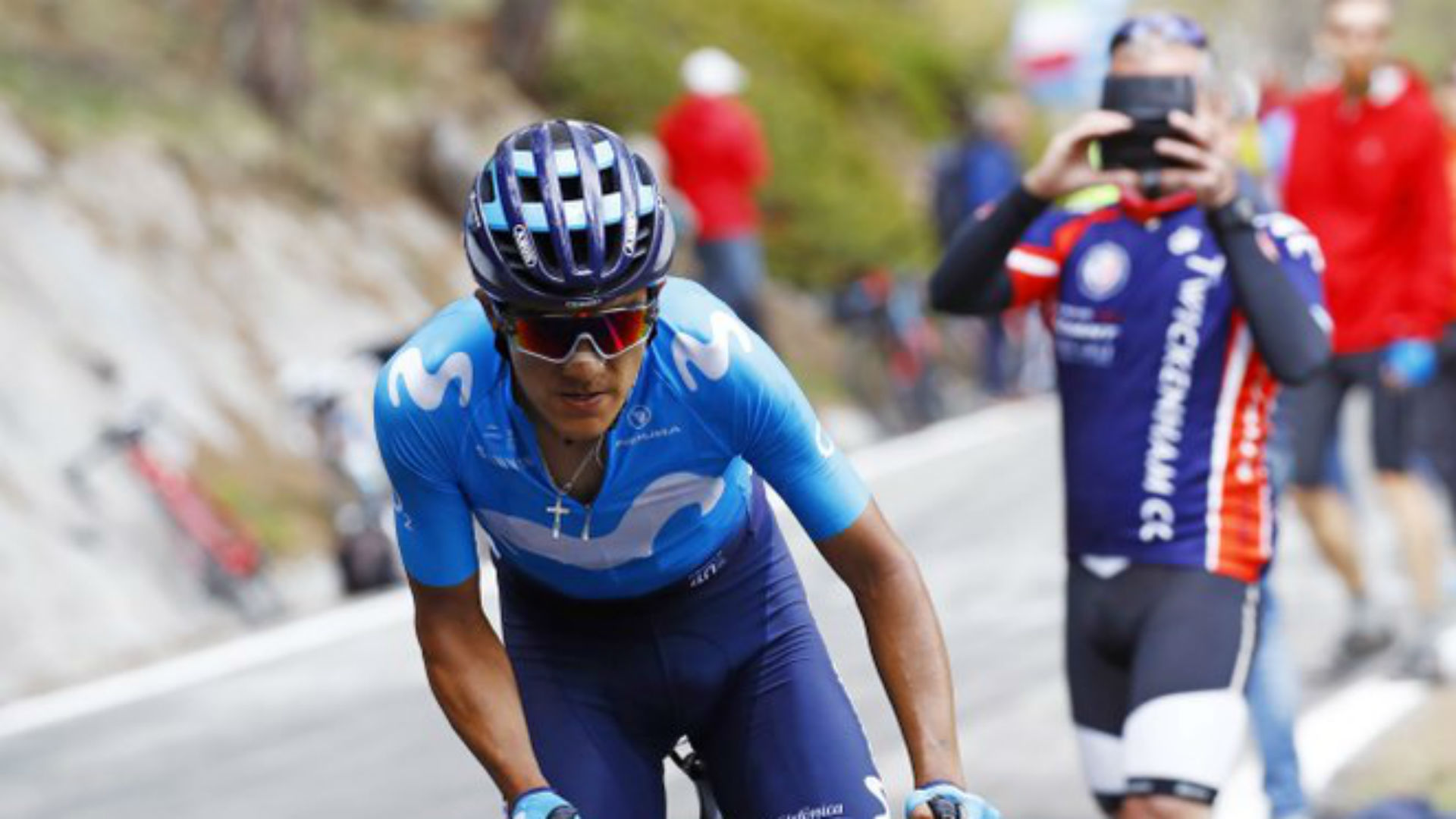 Carapaz ruled out of Vuelta a Espana


Giro d'Italia champion Richard Carapaz has been ruled out of the Vuelta a Espana due to injuries sustained in a crash on Sunday.

The 26-year-old from Ecuador was among the leading contenders to win the red jersey, but he will not start the final Grand Tour of the year on Saturday.

Movistar rider Carapaz sustained a significant contusion to his right shoulder and bruising in an accident during the Profronde van Etten-Leur criterium in the Netherlands.

Jose Joaquin Rojas will step into an eight-man team in the absence of Carapaz.

Movistar revealed in a statement: "The Movistar Team confirmed on Thursday that Richard Carapaz will not take the start of the 74th Vuelta a Espana, which begins in Alicante on Saturday, despite being part of the line-up originally announced.

"The Ecuadorian rider suffered from a significant contusion in his right shoulder, as well as several bruises, after a crash sustained in the Profronde van Etten-Leur criterium in the Netherlands, last Sunday.

"In spite of treatment received all over the week and the lack of fractures, the injury's evolution has advised for further precautions to allow it healing completely, which rules out against his appearance in the race.

"Jose Joaquin Rojas, initially designated as a reserve for the Blues in the Vuelta and already in Alicante since Wednesday, will be part of an eight-man roster which also includes [Alejandro] Valverde, [Nairo] Quintana, [Marc] Soler, [Imanol] Erviti, [Antonio] Pedrero, [Jorge] Arcas and [Nelson] Oliveira."