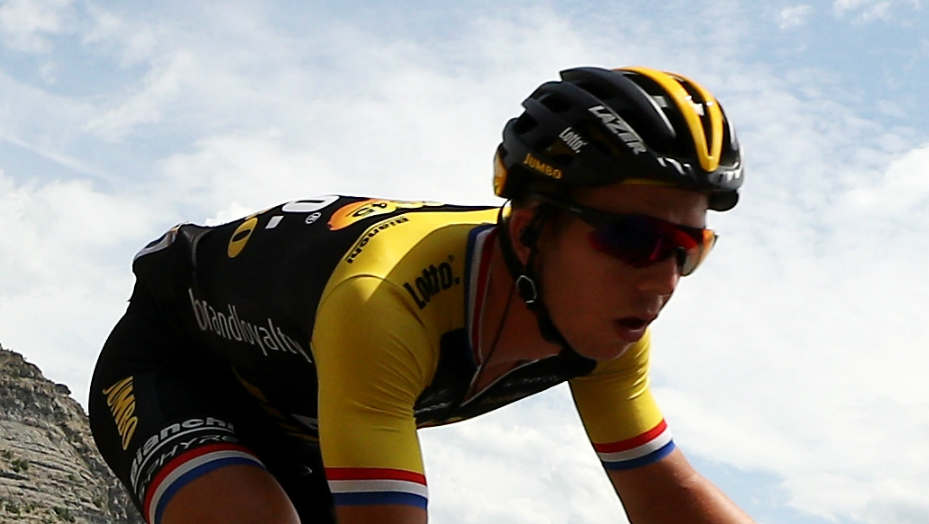 
Dylan Groenewegen says competing again is far from his thoughts after he was suspended from racing by his own team following the Tour of Poland crash that left Fabio Jakobsen in an induced coma.

The Jumbo-Visma team said Groenewegen is "devastated" by this week's events and has acknowledged it was his mistake that caused fellow Dutchman Jakobsen to be hospitalised.

He appeared to nudge Jakobsen into the barriers in a high-speed sprint finish on Wednesday's opening stage of the race, and world governing body the UCI is looking at whether to discipline Groenewegen, which could mean a ban.

Jumbo-Visma said Groenewegen "broke a sports rule and that’s unacceptable", adding: "We have decided that Dylan will not start in a race until the judgment of the disciplinary committee to which the UCI has handed over the incident."

Speaking to Dutch TV channel NOS, Groenewegen said: "It is clearly my fault. I veered off course and it is not allowed. Thinking of sprinting is far from my concerns. I won't even think about cycling in the coming months."

Deceuninck-QuickStep rider Jakobsen, 23, has emerged from his coma after facial surgery and his condition has been described as "good" by race organisers.

Good news coming from Poland!
Dutch Champion @FabioJakobsen was brought out of coma by the doctors, two days after being seriously injured in a high-speed crash at the Tour de Pologne: https://t.co/Asrrh6BBXN #ForzaFabio pic.twitter.com/lqaMjo9m2d

Groenewegen said of the incident: "Everything went so fast ... from one second to the next, I found myself on the ground and could only see the enormous damage caused by this fall.

"I saw Fabio's team-mates standing around him and I understood that this was serious. From that moment on, I can just hope that he will eventually recover. And apologise for this mistake.

"Of course, I hardly sleep any more. I think of Fabio and his family all the time."

The 27-year-old has promised to get in touch with those close to Jakobsen, saying: "I think it's not a good time yet. But of course, I will when the timing is a little better."