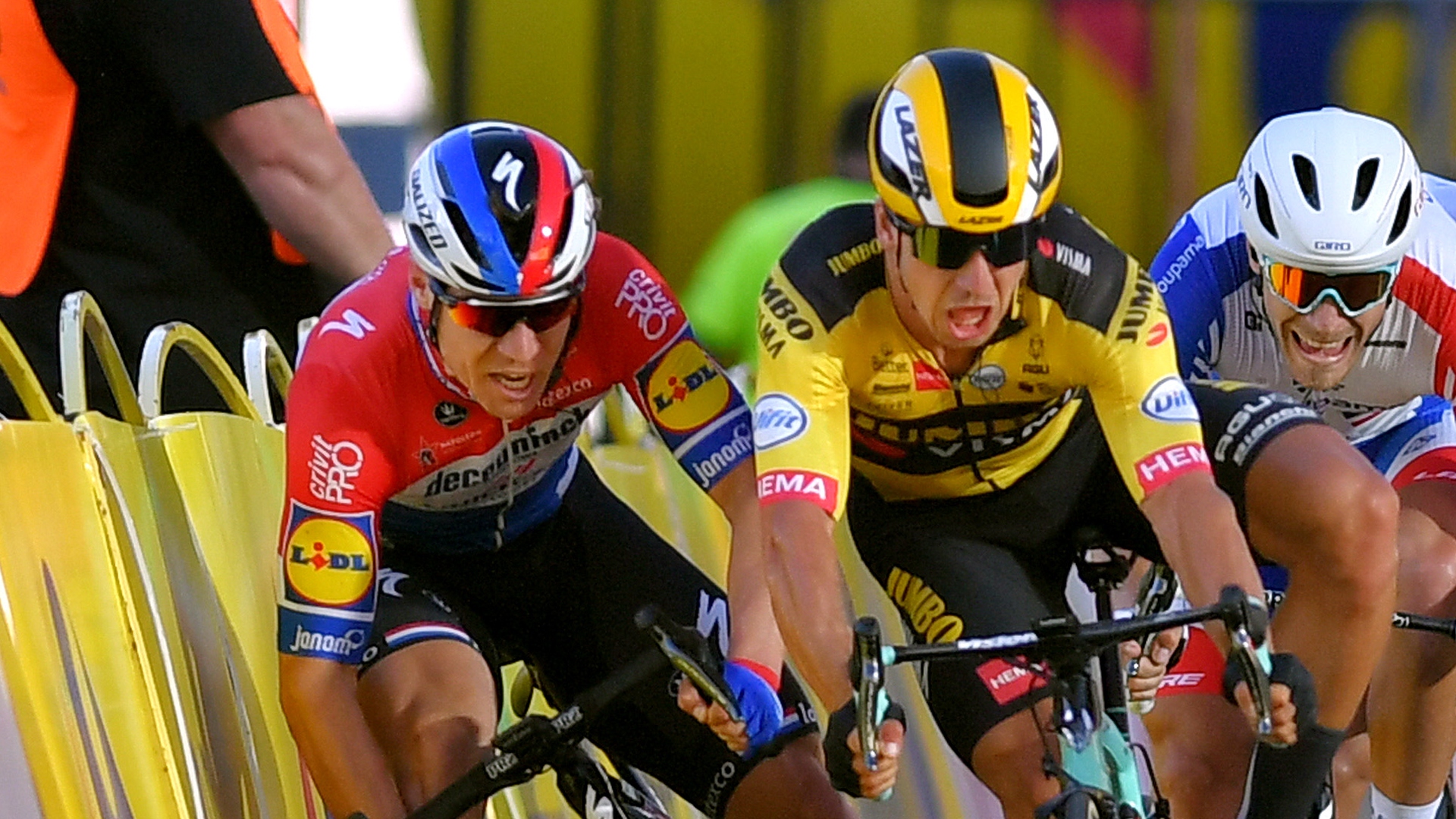 Groenewegen banned for nine months by UCI after Jakobsen crash


Dylan Groenewegen has been banned for nine months after he caused a crash which left fellow cyclist Fabio Jakobsen in an induced coma.

The incident happened at the Tour of Poland in August, with Groenewegen deviating from his line and nudging Dutch compatriot Jakobsen during a sprint for the finish.

Jumbo-Visma suspended Groenewegen from competing until the UCI made a ruling over any sanctions, with the governing body announcing its decision to impose a backdated ban on Wednesday.

"The UCI referred the case against the rider, who acknowledged that he deviated from his line and committed a violation of the UCI Regulations," read a statement.

"The rider collaborated with the investigation and accepted to serve a period of suspension until 7 May 2021, corresponding to a period of nine months from the date of the incident.

"The rider also accepted to take part in a number of events to the benefit of the cycling community."

Jakobsen spent a week in intensive care and has undergone facial surgery, with the 24-year-old on a long road to recovery.

Groenewegen, who had already apologised for his actions, posted on Instagram following the ruling.

"The crash in the first stage of the Tour of Poland will forever be a black page in my career," he said.

"During the sprint I deviated from my line. I am sorry, because I want to be a fair sprinter. The consequences were very unfortunate and serious.

"I am very aware of that and I hope this has been a wise lesson for every sprinter.

"I follow the news of Fabio's recovery very closely. I can only hope that one day he will return completely."