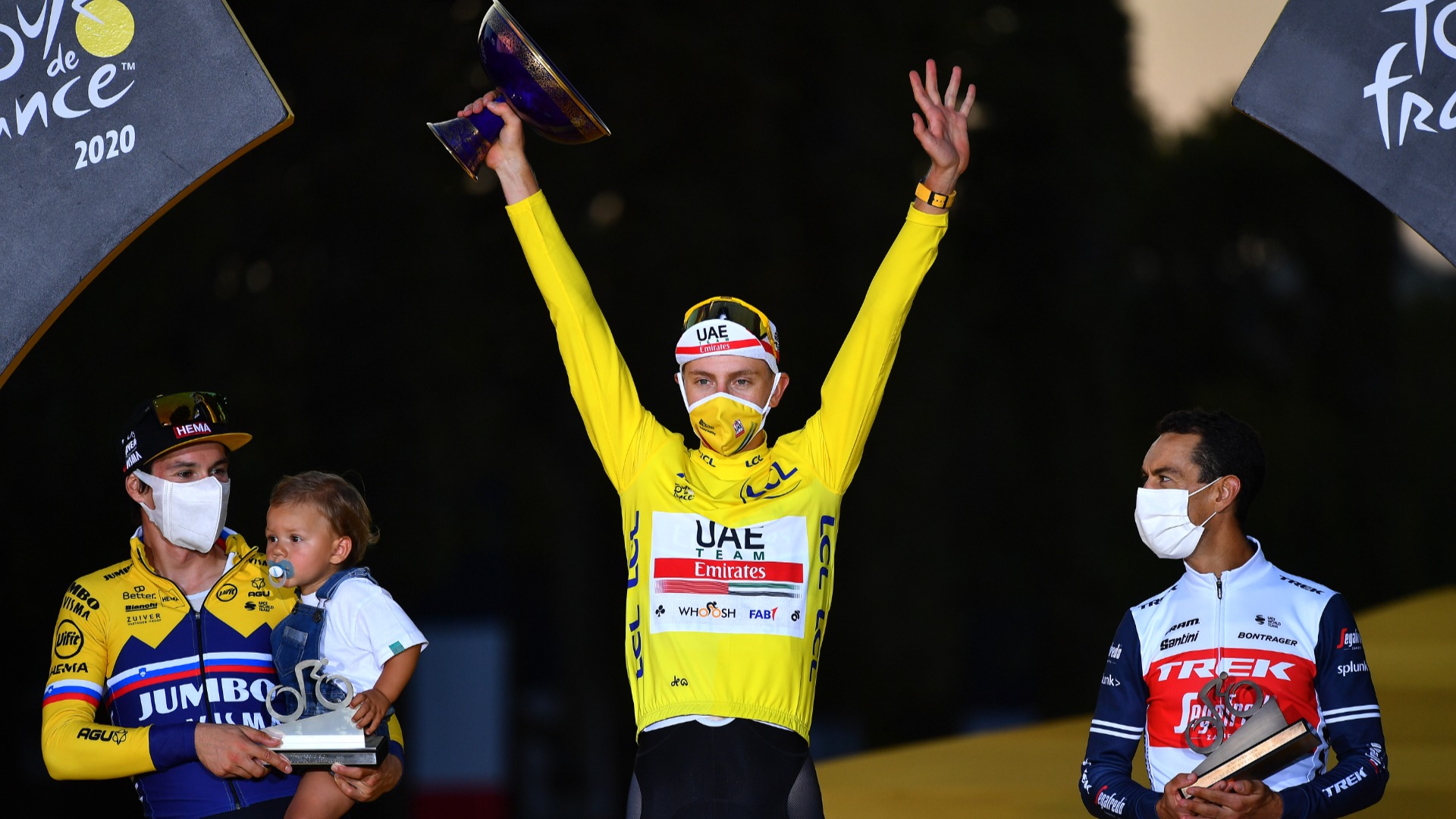 
Tadej Pogacar became Slovenia's first-ever winner of the Tour de France on Sunday, but that was just the tip of the iceberg with respect to the young rider's achievements in the 107th edition of the race.

He also claimed the King of the Mountains polka dot jersey and white jersey for the best rider aged 25 or under, as the UAE Team Emirates rider produced a memorable performance across the three-week race, which began in Nice on August 29.

But, while Pogacar was ultimately the star of the show, Roglic once again showed his quality, Sam Bennett did Republic of Ireland proud to fittingly claim the green jersey, while Australia's Richie Porte became only the second Aussie to finish on the podium at a Grand Tour.

As the dust settles on a gruelling and engrossing Tour de France, we look at the Opta numbers behind the 2020 edition…

Debut – Pogacar became the first rider to win the Tour de France in his maiden appearance since Laurent Fignon in 1983.

King – The Slovenian is also only the second rider to win the General Classification and two more standings (King of the Mountains and best young rider) in a single Tour de France. Eddy Merckx accomplished the feat in 1969, 1970 and 1972.

Pipped – Pogacar's victory was made all the more dramatic by Saturday's events, and as such, he is the first rider to win the Tour de France in the last two stages since Cadel Evans, who took the yellow jersey from Andy Schleck on the penultimate stage in 2011.

National service – Roglic and Pogacar are the first two riders of the same nationality to finish first and second in the Tour de France since Bradley Wiggins and Chris Froome in 2012.

Four-ce to be reckoned with – Roglic hasn’t ranked outside the top four in any of the 12 stage races he has completed since April 2018, winning eight of them.

Emulating – Porte is the second Australian rider to reach the podium in a Grand Tour. Only Evans has done so before (three in the Tour de France, one in the Giro d'Italia and one in the Vuelta a Espana).

Bern out – Egan Bernal is the first Tour de France winner (2019) to abandon the race in the following season since Chris Froome. After winning in 2013, he failed to finish in 2014.

Best sprinter of #TDF2020 , the green jersey and two stages - an historic feat of the man from Carrick-on-Suir. pic.twitter.com/ljn1R8cOsd

A first to forget – This is the first time Peter Sagan has completed the Tour de France failing to win the Points Classification. He had won it in seven of the past eight editions and no other rider has claimed this title more times in the history of the race.

Nairo struggles – Excluding abandonments, this is the worst Nairo Quintana result (17th) in one of the three Grand Tours since his first appearance in La Vuelta 2012 (36th).