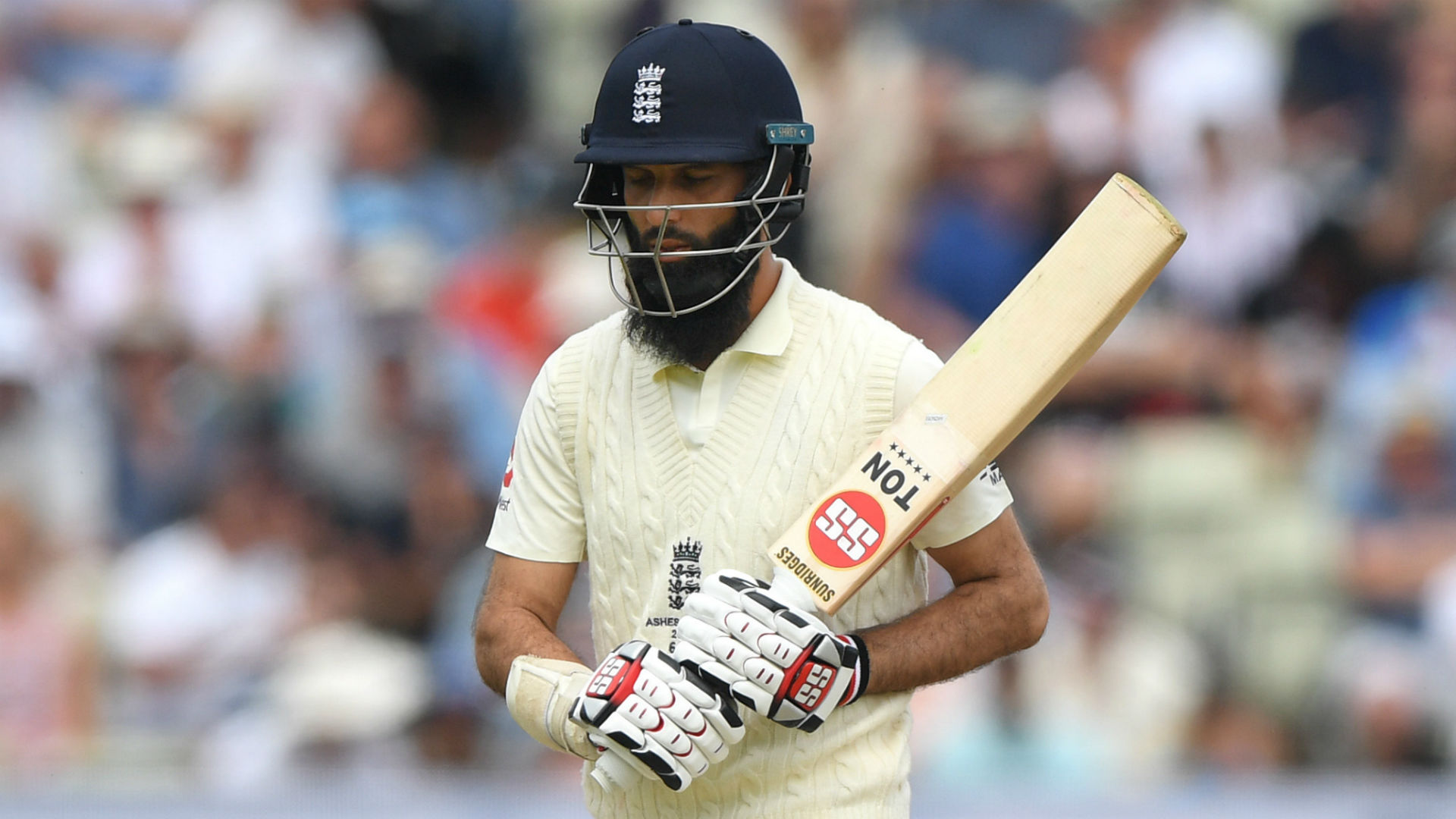 
A return to the England Test team for the upcoming tour of South Africa would have felt too soon, all-rounder Moeen Ali has conceded.

Moeen opted to take a break from the longest format after a chastening experience in the first Ashes Test with Australia at Edgbaston.

He scored only four runs with the bat, suffering the ignominy of twice being undone by fellow off-spinner Nathan Lyon, while taking disappointing match figures of 3-172 with the ball.

England went on to draw the five-match series, failing to regain the urn in the process, before losing a two-match series in New Zealand 1-0.

That led to talk of Moeen returning for four Tests in South Africa, but Jack Leach and Matt Parkinson were selected as the slow-bowling options in the 17-man squad.

"It just felt too soon. The past few years have been so full-on and the plan behind my break from Test cricket was to freshen up, enjoy some new environments and get my game back in good order," Moeen wrote in his column for the Guardian.

"That is something that people perhaps don't realise is hard to do when you play all three international formats and particularly so when you are an all-rounder.

"The time away has felt quite liberating. Since my international debut in 2014, the miles on the clock have probably crept up and Test cricket is the level where the pressure and scrutiny are greatest.

"Combining it all had become a bit draining and rushing back now might have seen nothing change in this regard.

"Playing 60 Tests has meant so much to me, especially picking up 181 wickets and five five-wicket hauls, which for a guy who grew up thinking as a batter first is something I never thought possible.

"My batting is where I really want to find form again, though. Five Test centuries suggests I have it in me."

OUR FIRST PLATINUM PICK OF THE DRAFT!

Moeen, who is set to play in the Pakistan Super League for Multan Sultans, did not rule out the possibility of featuring in the tour of Sri Lanka in March next year.

He claimed 18 wickets – the same tally as left-armer Leach - in a 3-0 whitewash in England's last Test series in the country, back in November 2018.

"The back end of the PSL coincides with the Sri Lanka Test tour in March and at this stage it is a tournament I intend to see out," he added.

"But the franchise's head coach, Andy Flower, is someone I know I can talk to, if and when the England conversation arises again. So let's see what happens."