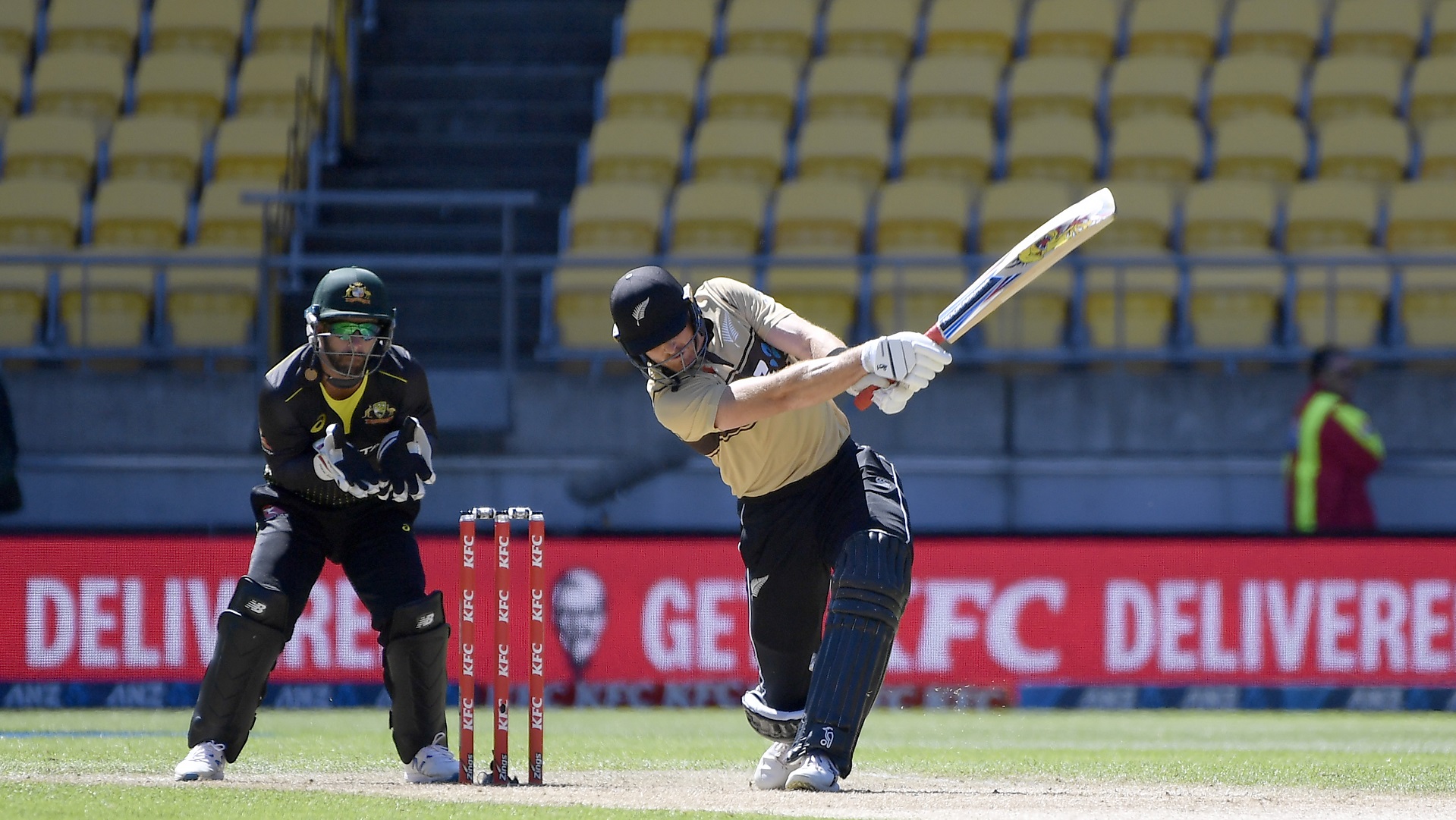 
Martin Guptill blasted New Zealand to a comprehensive seven-wicket victory in the decisive fifth Twenty20 international against Australia to secure a 3-2 series triumph on Sunday.

The Black Caps restricted Australia to 142-8 from their 20 overs after the visitors won the toss and elected to bat in Wellington, with Ish Sodhi taking 3-24.

Guptill (71 from 46 balls) eased any anxiety about a smaller run chase on a pitch being used for the third time this series, with New Zealand claiming victory with 27 balls to spare.

New Zealand's successful chase bucked the series trend of the side batting first winning every game.

Australia captain Aaron Finch said: "We probably just weren't aggressive enough with the bat. We probably let them dictate slightly, but we didn't get enough runs and kept losing wickets at regular intervals.

Sodhi was named as the player of the series, finishing with 13 wickets at an average of 12.07 across five games.

The win was set up by a disciplined bowling display led by Sodhi, while Trent Boult (2-26 with 10 dot balls) did early damage, Mitchell Santner (0-21 with 10 dots) was tight and Tim Southee (2-38 with eight dots) restricted Australia at the death.

Finch, who came under pressure earlier in the series after a poor run of form on the back of the Big Bash League, managed one six and five fours during his knock, while Wade hit two maximums and three fours.

Sodhi got the breakthrough with Finch slicing to Santner at point, leaving Australia 74-2 after 10 overs before the innings fell away, with Glenn Maxwell falling for one, Ashton Agar for six and Mitchell Marsh for 10.

Australia lost 68-6 in the final 10, including being restricted to 36-4 from the last five overs, battling an inconsistent pitch and tight New Zealand bowling.

Devon Conway (36 from 28) and Guptill combined for a 106-run opening partnership in the chase, before Glenn Phillips (34 not out from 16) finished the job.

Guptill blasted four sixes and seven fours in his knock, going at a strike rate of 154.35.

Riley Meredith (2-39) took two wickets in two balls, with Conway caught in the deep by Agar and Kane Williamson trapped lbw for a golden duck, but it was too little, too late.

The defeat compounds a bad 24 hours for the Aussies, after India's Test win over England on Saturday confirmed Australia would miss the Test Championship final.

Black Caps captain Williamson said: "Incredibly hard-fought series and momentum shifts throughout. Then to finish with three games on a surface, try and get a read on it was a real challenge."