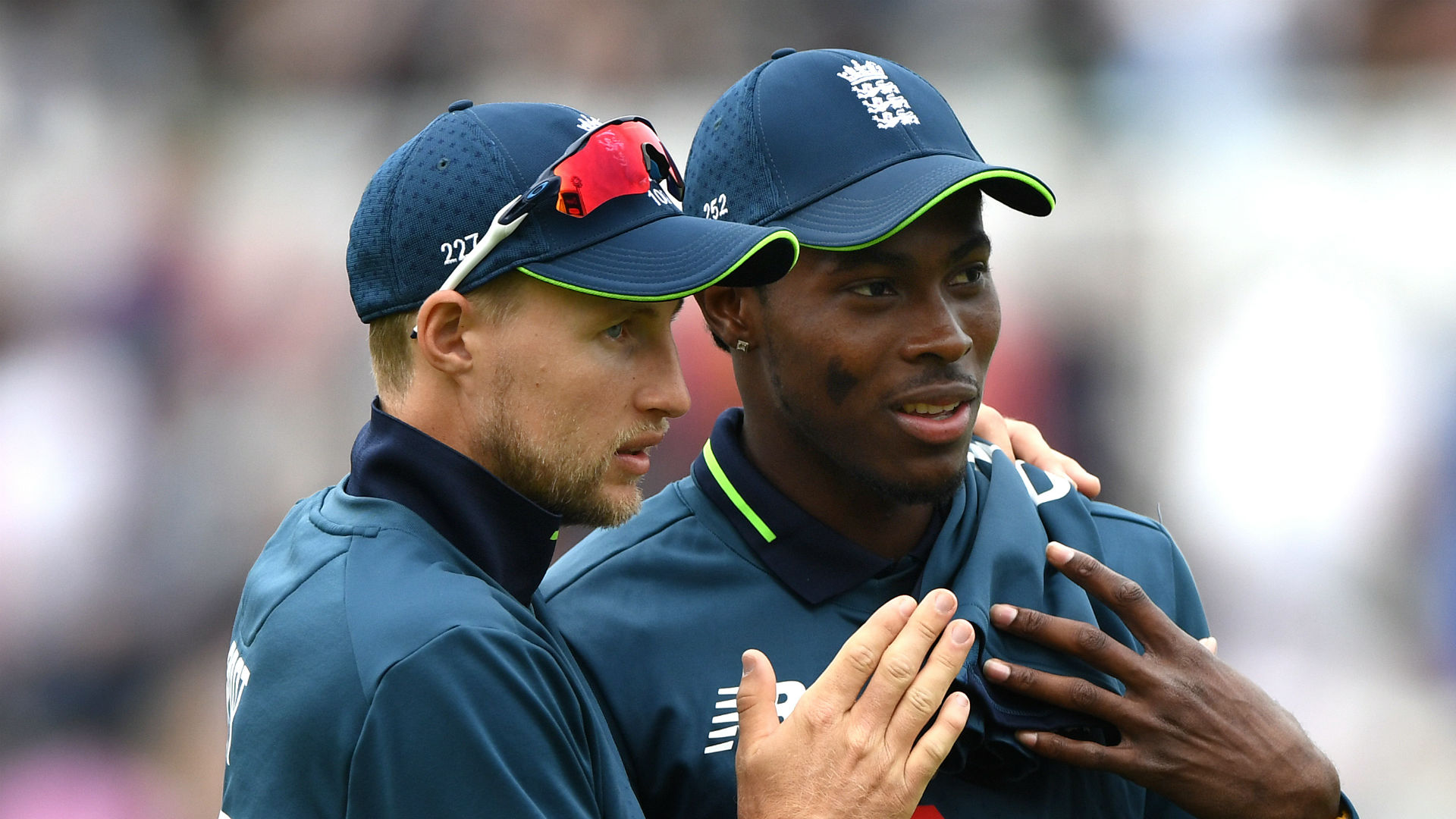 
Joe Root hailed Jofra Archer's "X-factor" after the all-rounder was included in England's squad for the Cricket World Cup.

Archer, who only became eligible for selection in March, was named in the final 15-man squad on Tuesday despite having only played three ODIs for England.

His selection over an established member of the side in David Willey was seen by some as controversial.

However, Root believes Archer has proven his worth with numerous instrumental performances in the Indian Premier League.

"He's obviously got that X-factor," Root told Sky Sports News. "You watch him play in the IPL, you watch the effect he's had on some of those games, high-pressure games and he's performed in that environment and thrived in it.

"He's only played a couple of games for us in international cricket and he's right at the start of his career but he has the ability to change games, he brings something different to our attack, which I think is a real bonus. It's a great, strong addition to the squad."

Asked if Archer could work his way into the Test squad for the Ashes series with Australia later this year, Root added: "He obviously would offer something different to the group of players we've got currently.

"I think it's very important throughout this next period, the selectors in particular watching county cricket, watching how guys go throughout the World Cup, guys within this World Cup squad - not just Jofra but other players as well - have got an opportunity to impress and make sure that they're up for contention when those Ashes squads are selected."

Over the moon to be selected for @englandcricket in the upcoming World Cup pic.twitter.com/oMJ8Uor9aD

Root is Willey's team-mate at Yorkshire as well as with England and feels the fact a player of his quality has missed out is proof of the depth they have at their disposal.

"It was always going to be bitterly disappointing for whoever missed out," Root said.

"Everyone's performed extremely well, done everything they can to give a good account of themselves going into the World Cup. For Dave, he's worked extremely hard, he'll be absolutely gutted.

"He's a brilliant team-mate, a great professional. He'll go back to Yorkshire and try to prove to everyone why he's going to play for England for a long time to come in the future.

"It's a very unique situation where you've got so many guys that have performed brilliantly, you look at the squad going into the tournament and there's no question-marks, everyone deserves their place, has performed consistently well going into it, it's a brilliant place to be.

"It is bitterly disappointing and it was always going to be tough on someone but it shows the strength in depth in the group, where we're at as a one-day team at the minute and it shows how well we've prepared.

"We've given ourselves the best chance leading into it, we're still going to have to play extremely well, nothing's going to be given to us, we're going to have to earn every win throughout the whole tournament."