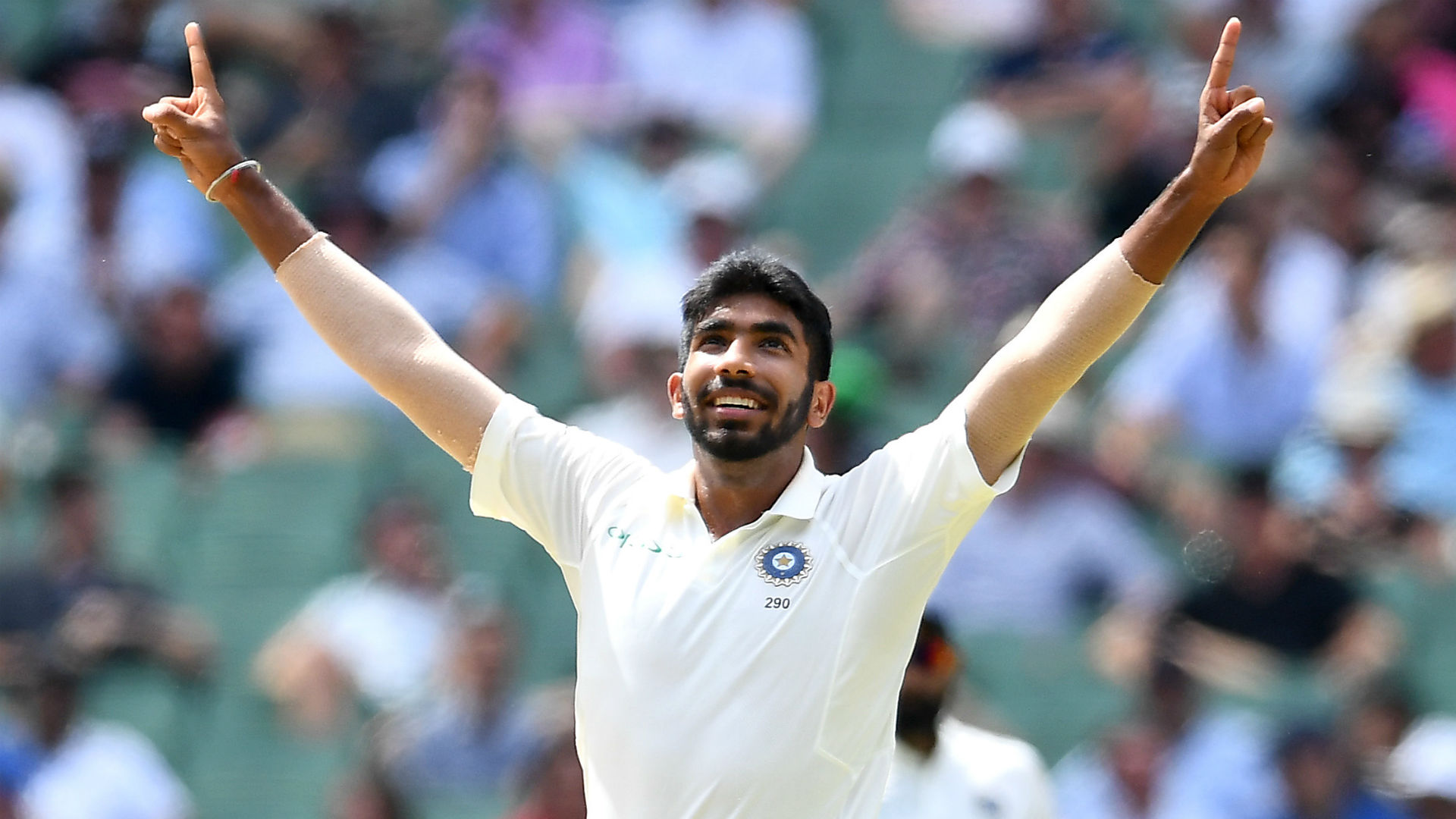 
Jasprit Bumrah was hailed as "the most complete bowler in world cricket" by Virat Kohli following India's Test series success against West Indies.

Bumrah led the way in the Caribbean, taking 13 wickets at an average of 9.23 as India completed a resounding 2-0 series sweep.

In the second match in Kingston, Bumrah took his fifth five-for in just his 12th Test, while he also became only the third India bowler to take a hat-trick in the longest format.

Kohli was full of praise for the 25-year-old, who moved up to third behind Pat Cummins and Kagiso Rabada in the latest ICC Test bowling rankings when they were released on Tuesday.

"We are really lucky to have him on our team," India captain Kohli told reporters.

"I haven't seen many more lethal spells than that in the last couple of Tests, than those two spells by Bumrah, and as a batsman you feel, standing in slips, you can feel for the batsmen who are playing him.

Jasprit Bumrah has jumped places to claim the No.3 spot in the @MRFWorldwide ICC Test bowling rankings pic.twitter.com/69fnrj4qu3

"He confuses you with angles, with swing, he'll set up for the outswinger, then bowl the inswinger, and it's coming at pace, and then he can hit you with bouncers as well.

"So I think he is the most complete bowler in world cricket right now."

Bumrah made his India ODI debut in January 2016 but had to wait two years before he got his first Test chance.

Since then he has dispelled the notion he is a limited-overs specialist by taking five-fors in each of the series he has played against South Africa, England, Australia and West Indies.

"It is really pleasing to see a guy who was tagged as a T20 specialist, he came in and took over the one-day scene, and now he is taking over Test cricket," Kohli added.

"He is proving people wrong that there is a set template for every format. If you have belief, you can play every format. I totally vouch for that as well.

"He definitely has the mindset to succeed in all three formats and wants to be the best in the world."