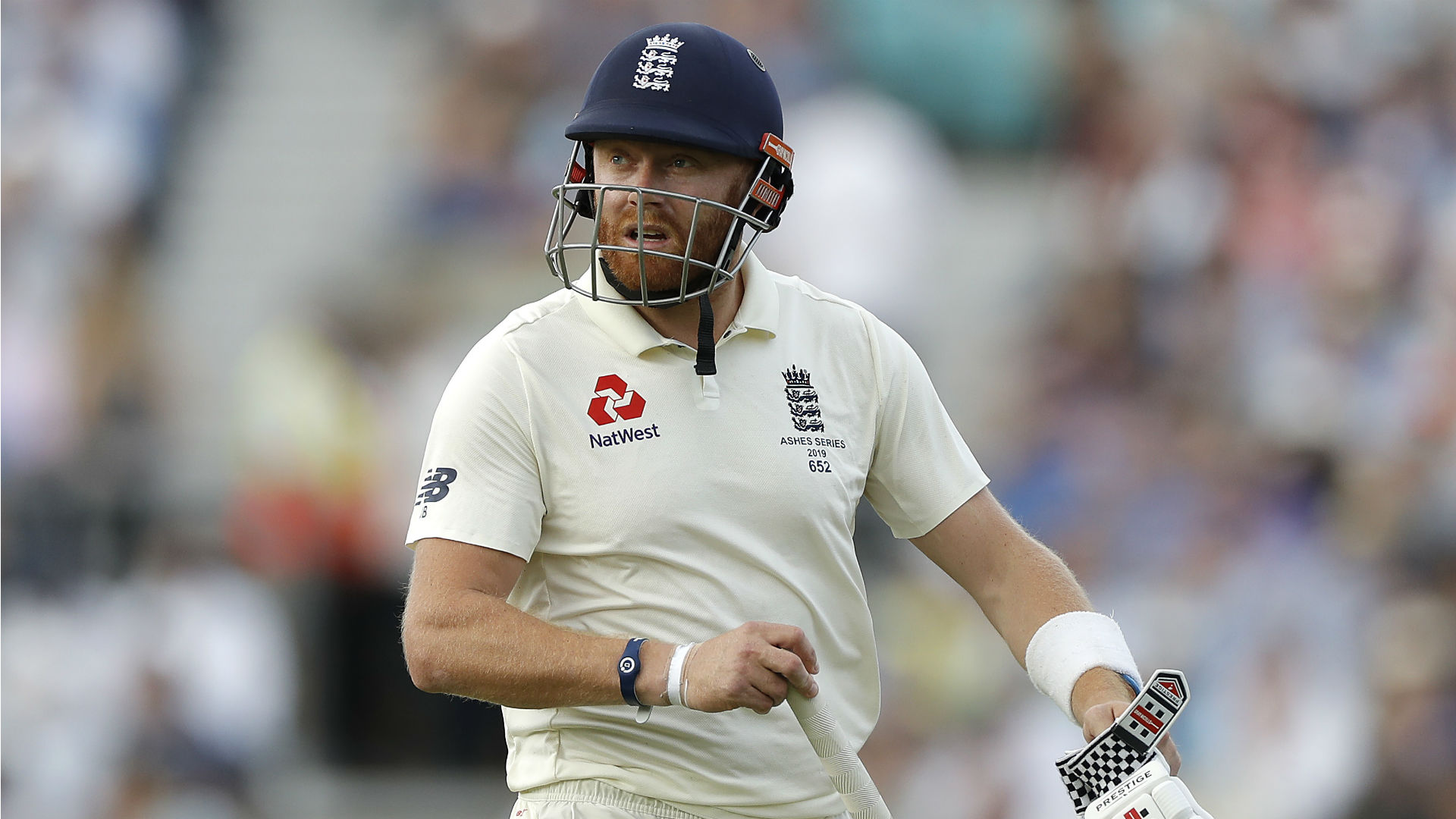 Cook backs 'world-class' Bairstow to step up for England


Alastair Cook has no concerns over Jonny Bairstow's ability to rediscover his best form in Test cricket after he was called up to cover for Joe Denly ahead of England's tour of New Zealand.

After an indifferent Ashes series, wicketkeeper-batsman Bairstow was left out of England's Test squad for the two-match series, which starts on November 21 at Mount Maunganui.

Denly has played no part in the ongoing Twenty20 series against the Black Caps, which is tied at 2-2 heading into the final match after David Malan's record-breaking hundred earned the tourists a 76-run win in Napier on Friday.

While Denly, who has suffered ankle ligament damage, is hopeful of being fit for a three-day warm-up match against a New Zealand Cricket XI, which starts on November 15, England have confirmed Bairstow – who has hit just 43 runs from his three innings so far on the tour – will remain in the country as cover.

A message from the man of the moment @dmalan29!  pic.twitter.com/N5cZJRB1pu

Despite Bairstow's initial omission from the squad, former England captain Cook, the all-time leading run-scorer in Tests for his country, has backed the Yorkshireman to step up if required.

"He is a world-class player," Cook told Sky Sports. "His white-ball career has flourished, but he has struggled a little bit for form in the Test arena.

"He had such an impact at the top of the order after moving up to opener a couple of years ago – he was opening the batting with David Warner in the IPL – but I think that has probably made him stay a little bit legside of the ball and, as a consequence of that, he is probably getting bowled a little too often in the red-ball game.

"The break will do him good. He got left out of the Sri Lanka tour last year, when he was injured, and he then came back in at number three and got a hundred straight away.

"He has been called up probably for logistics as well. It's a long way to fly someone over to New Zealand when he is already out there as cover.

"It will be good for him to reassess where he's at with Test cricket. When you get dropped, it's that line in the sand and it's about how you respond to that.

"Knowing Jonny and his competitive spirit, it will give him a little kick up the backside and he'll be back scoring runs for England, because good players like him respond."

Cook also hailed Eoin Morgan's decision to stay on as ODI and T20 captain after England's triumph over New Zealand in the World Cup.

"I suppose the tempting thing is to always go out on a high," said Cook. "The pinnacle, standing at Lord's, his home ground, after such an amazing World Cup win. How do you top that?

"But, actually, with the T20 World Cup only 12 months away - they got to the final in 2016 - I think there is some unfinished business there.

"The way he is striking the ball at the moment is fantastic; he has played really, really well over the last two years or so - and the way he leads the team, I would have been surprised had he not carried on."