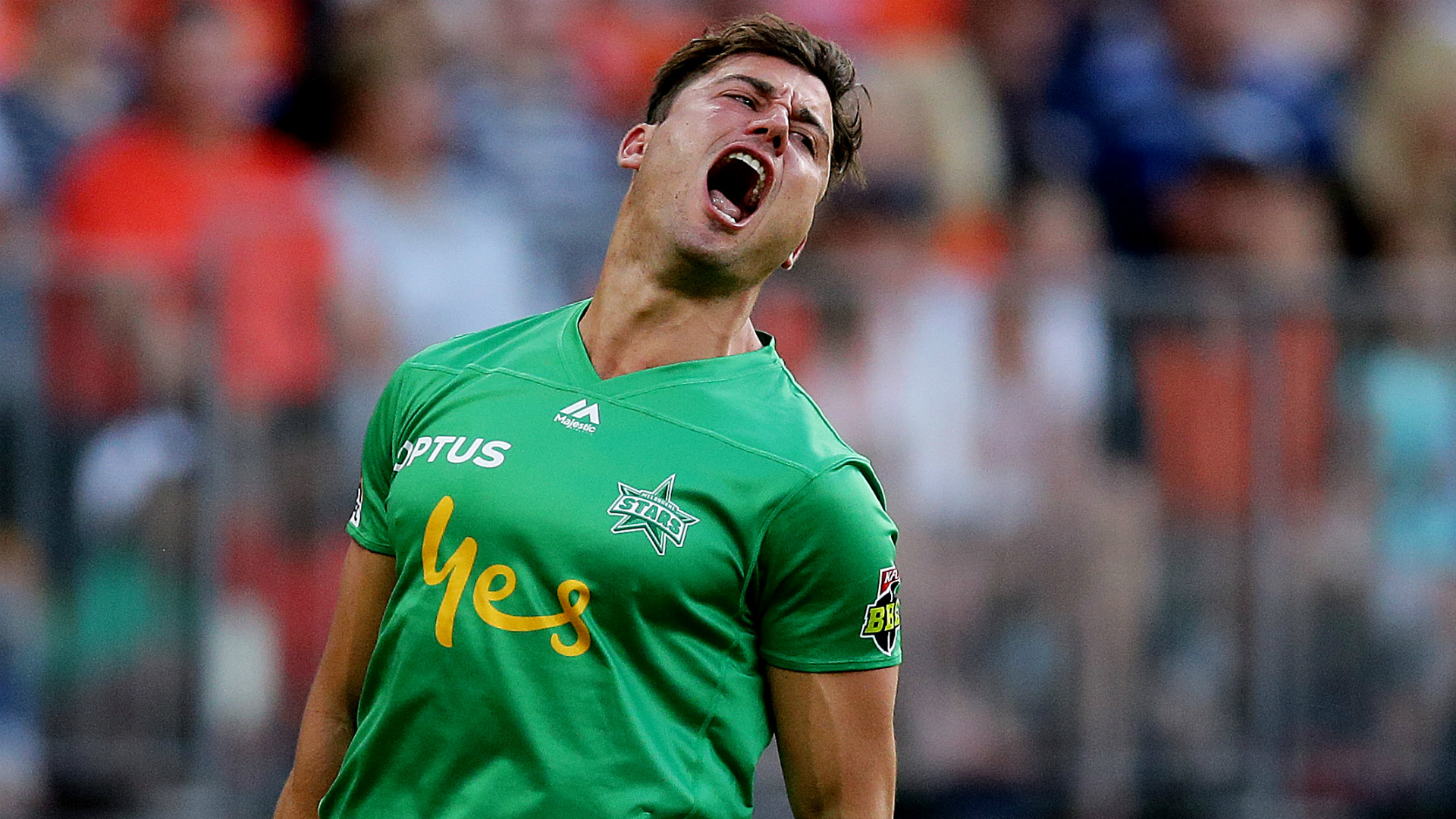 
Big Bash League leaders Melbourne Stars romped to the most comfortable of eight-wicket victories over Perth Scorchers to win their seventh straight game.

The Stars have won nine of their 10 matches in this season's competition and sit in a commanding position after Wednesday's straightforward triumph in Perth.

Hosts the Scorchers won the toss and batted first having come into the contest on a three-game winning streak but tumbled to a shambolic 86 all out in only 13.5 overs.

And the Stars encountered few problems in reaching their moderate target, winning with eight overs to spare as the in-form Marcus Stoinis (39 not out) got them home at a canter.

He's having some tournament. #TeamGreen pic.twitter.com/L09vyfwQOd

Josh Inglis scored 37 runs off 19 balls with two maximums to give Scorchers a swift start but Cameron Bancroft (10) was the only other player to reach double figures.

Perth were moving along nicely at 39-1 after 23 deliveries, Liam Livingstone (4) the only man to have fallen courtesy of a wonderful Stoinis catch off the bowling of Nathan Coulter-Nile.

But Cameron Green (4) was impressively run out by Haris Rauf (1-23) and Inglis' decent knock ended tamely when he picked out Nick Larkin at mid-off.

That reduced the Scorchers to 48-3 and it got worse from there, captain Mitchell Marsh (7) falling after a fine catch from Daniel Worrall off the bowling of Jackson Coleman, who lead the Stars with three wickets for just 16 runs on his first BBL outing this season.

Bancroft fell in another runout and Nepalese spinner Sandeep Lamichhane (2-7) took wickets from consecutive deliveries to help clean up the tail.

Stoinis led a comfortable run chase for the Stars, three days on from his stunning record-breaking century against the Sydney Sixers.

Marsh (1-25) held a return catch to remove Hilton Cartwright and Ben Dunk fell to Fawad Ahmed (1-25) but by that point the leaders already had 56 on the board.

Stoinis, who passed 500 runs for the BBL campaign, hit six fours in a controlled 31-ball innings and sealed the victory with a flick behind square to the fence, with Seb Gotch the other unbeaten batsman on 14.

Defeat left the Scorchers fourth, one point clear of the Adelaide Strikers, who have a game in hand, and the Sydney Thunder.

Gotch gets his chance - and goes BIG! #BBL09 pic.twitter.com/A2BMGJP3S5