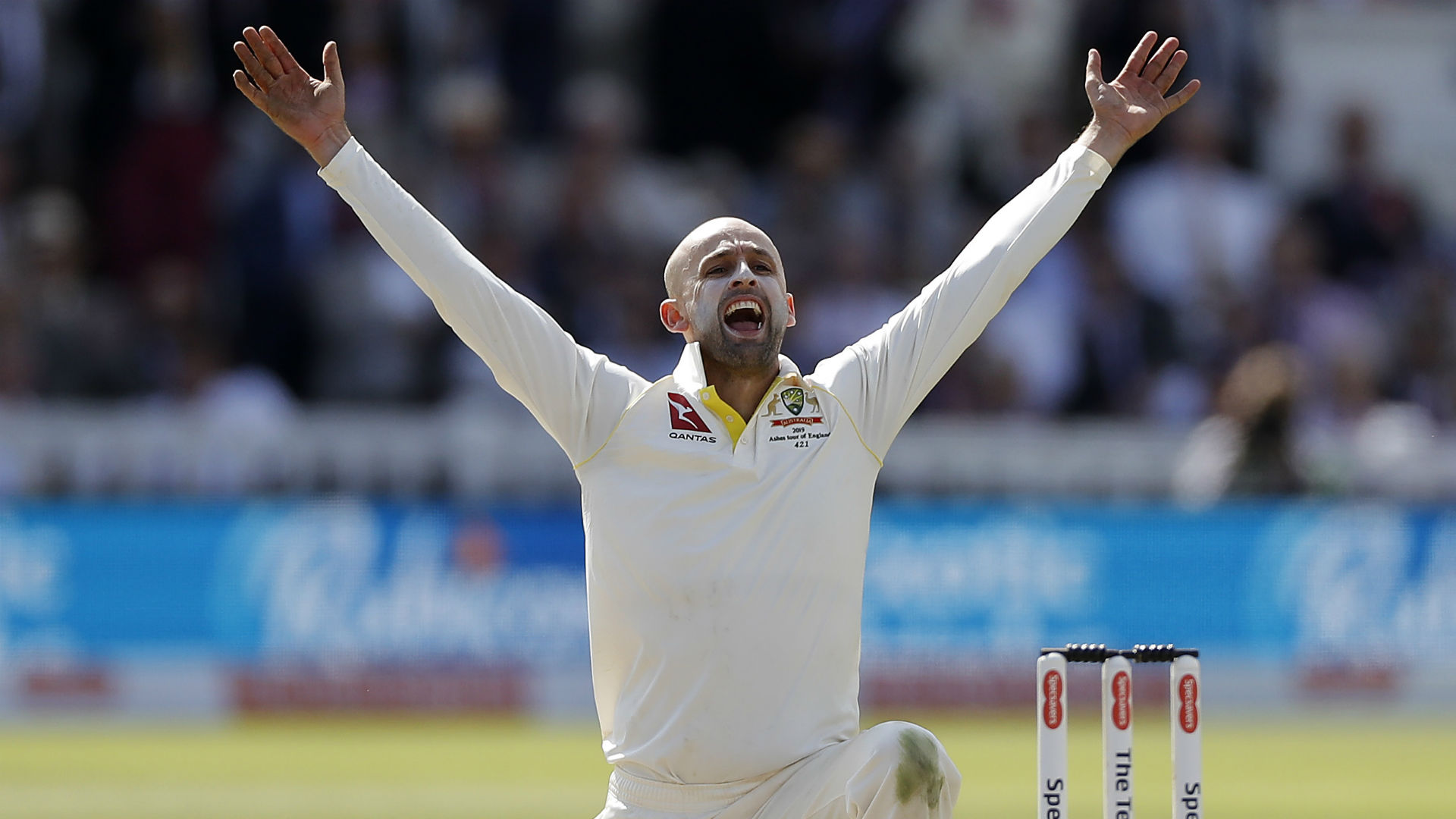 
Australia off-spinner Nathan Lyon mocked England's team selection for their third Test hammering by India – declaring the spectacle on a sharply turning pitch in Ahmedabad to be "absolutely brilliant".

The tourists recalled James Anderson and Jofra Archer to feature alongside Stuart Broad and all-rounder Ben Stokes, in anticipation of conditions in the day/night Test being favourable to seamers.

However, a volatile surface offered assistance to spinners from the very start, with England bundled out for 112 and 81 as they lost by 10 wickets.

India only managed 145 in their first innings and England skipper Joe Root claimed career-best figures of 5-8 with his part time off-spin.

Despite being a far more respected practitioner of that particular craft, Lyon insisted he had no qualms over a surface that drew criticism from former England captains Michael Vaughan, Andrew Strauss and Alastair Cook.

"The best thing about this Test match that just passed is that England went in with four seamers," Lyon said, as quoted by cricket.com.au.

"That will do me. I don't need to say any more.

"I was up all night watching it. It was absolutely brilliant. I'm thinking about bringing that curator out to the SCG."

Lyon made a pointed reference to Australia's humiliating dismissals for 47 and 60 against South Africa and England in 2012 and 2015 respectively, when conditions favoured seam bowling.

"We play on seaming wickets around the world and get bowled out for 47, 60. Nobody ever says a thing [about the pitch]," he said.

"But as soon as it starts spinning, everyone in the world seems to start crying about it. I don't get it. I'm all for it, it was entertaining."

Despite Lyon's enjoyment of the latest match in the four-Test series, the result harmed Australia's prospects of reaching this year's World Test Championship final.

Only an England win in the final game can edge Tim Paine's side into the inaugural one-off showpiece against New Zealand at India's expense.

That would leave Australia out of action in the longest format until the start of their domestic season at the end of this year – an unhelpfully long time for speculation over ructions between coach Justin Langer and members of his team to fester.

"Me personally, if I had a problem with JL I'd go straight to him," Lyon added, casting doubt upon the rumours that emerged in the aftermath of Australia's humbling 2-1 home loss to an injury-ravaged India.

"But I don't have a problem with him. I don't understand where it's all coming from.

"I'd like to think anyone in that changing room or anyone at Cricket Australia or outside - if anyone has a problem with anyone, we're about being honest with each other."