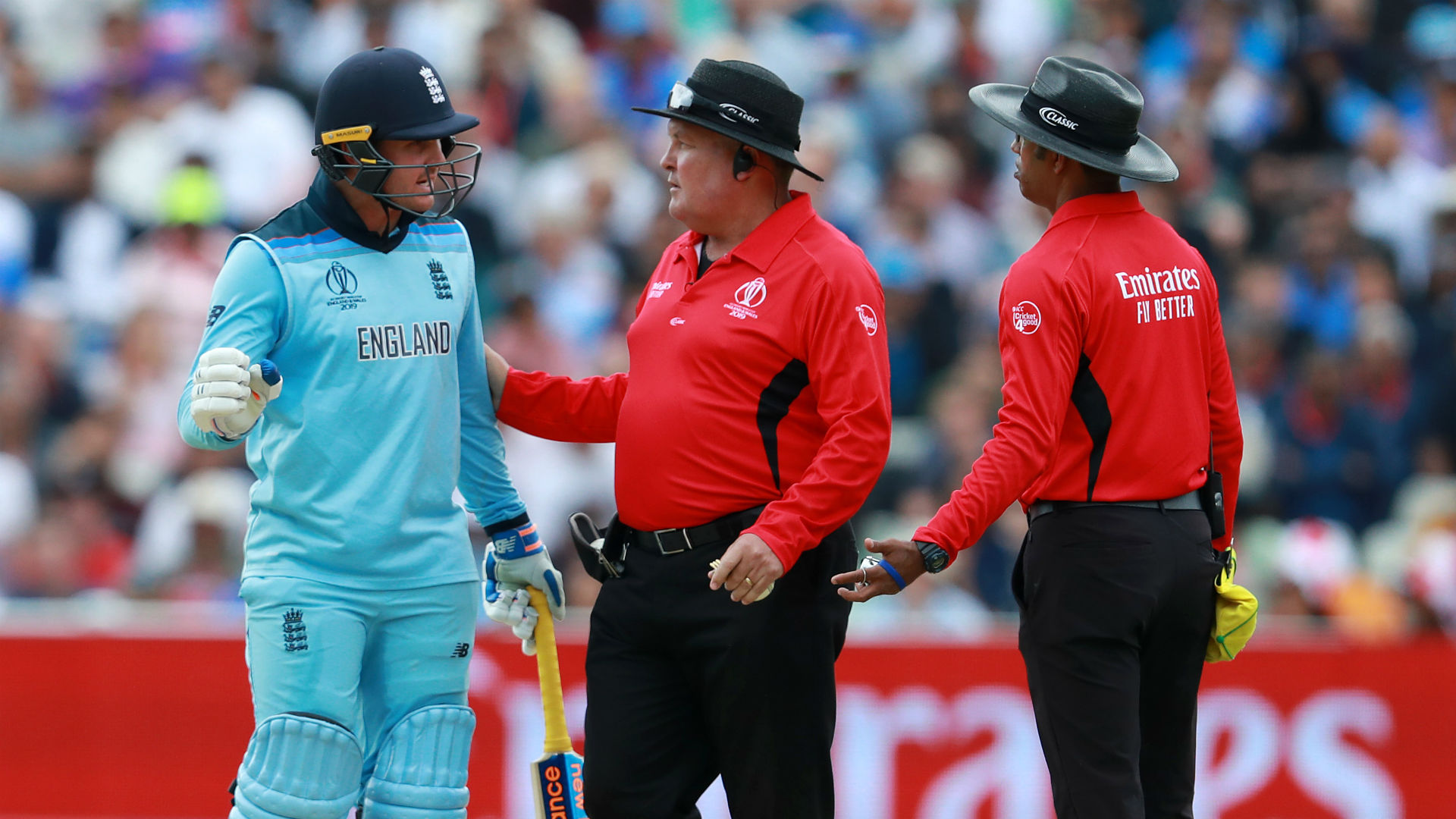 
England star Jason Roy has been fined after reacting badly to his controversial dismissal in the Cricket World Cup semi-final win over Australia.

The opener's stunning knock was ended on 85 when he was given out caught behind despite replays showing he made no contact with a Pat Cummins delivery.

Roy initially refused to walk, but England had no reviews left so he had no choice but to leave the field.

He did so in evident disgust at umpire Kumar Dharmasena's decision, with his reaction constituting dissent and a breach of Article 2.8 of the ICC Code of Conduct for Players and Player Support Personnel.

The 28-year-old, who admitted the offence and sanction, has been fined 30 per cent of his match fee and awarded two demerit points, but will be available for Sunday's final against New Zealand.

Eoin Morgan's side won by eight wickets at Edgbaston, having reduced Australia to 223 all out before completing their chase in 32.1 overs.