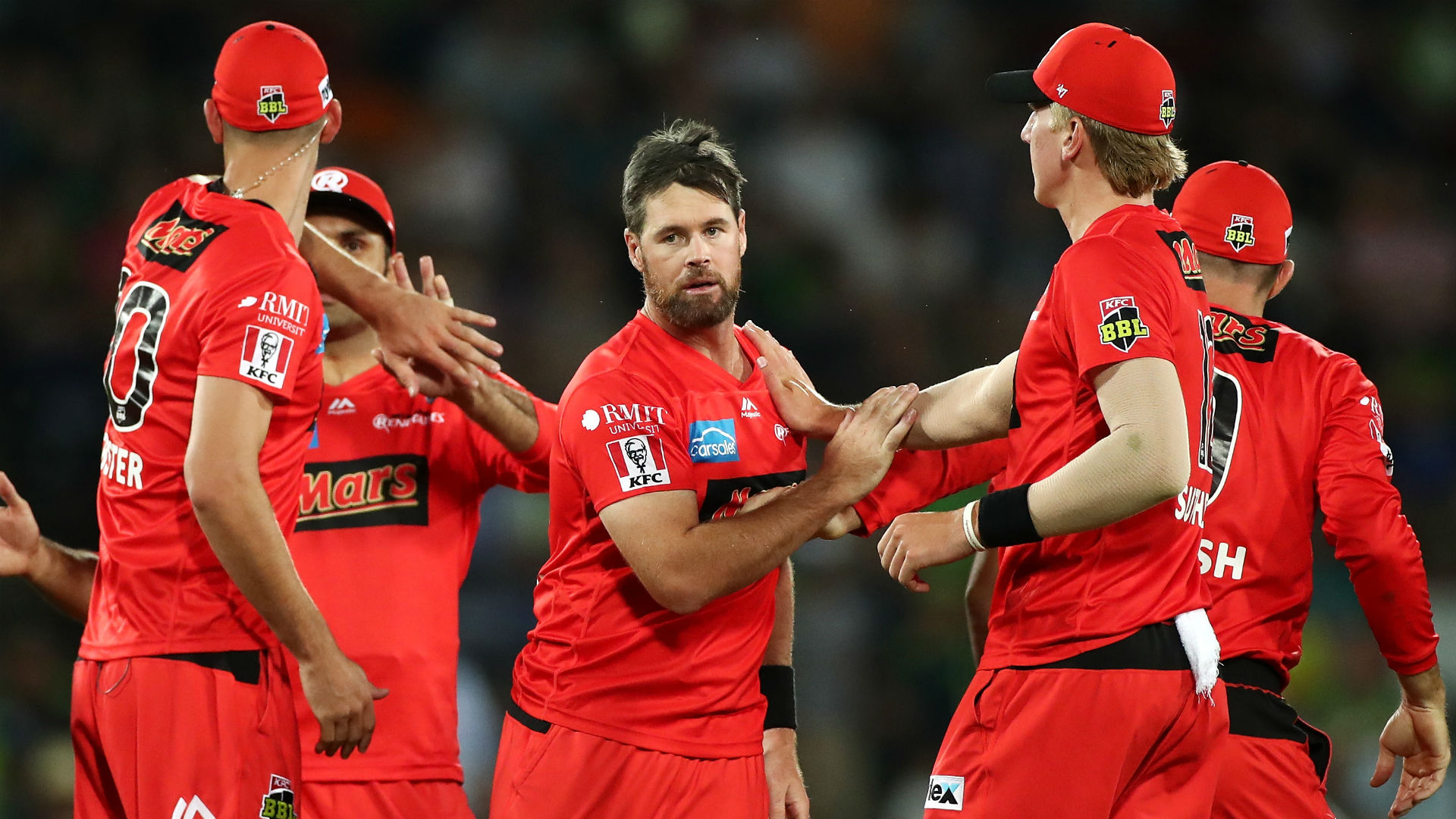 
Melbourne Renegades' long wait for a first win of the Big Bash League season finally came to an end on Wednesday.

The Renegades beat Sydney Thunder by 12 runs under the Duckworth–Lewis–Stern method in a rain-affected clash in Canberra to end their nine-match losing streak in convincing fashion.

Sam Harper (52 off 38 balls) and Shaun Marsh (47 from 34) starred with the bat as the defending champions posted 172-4, with Mohammad Nabi and captain Dan Christian's late big hitting bolstering the total.

Sydney were behind the rate when the weather closed in, returning with a revised total of 135 off 14 overs and coming up short on 122-7 despite the best efforts of Alex Ross (51 off 27), as Christian proved the Renegades' saviour with the ball.

The Renegades FINALLY get a win in #BBL09! pic.twitter.com/PPCwaI1S41

With such a miserable run of form weighing on them, Melbourne needed to post a challenging target.

Opener Marsh certainly got the memo, his 34-ball knock including six fours and a maximum, while Harper also got on the front foot to boost the holders.

A strong finish saw them put up another 47 runs in the final three overs, Nabi thrashing the last ball for six.

The revised target was a tough ask for the Thunder, who initially made precious little headway in pursuit.

That was until Ross thrashed 26 balls of one Nabi over to haul his side back into the contest.

But all-rounder Christian came to the fore in the next over, in which he took two wickets – including that of danger man Ross – for just five runs.

There were no late fireworks as the Thunder, who sit sixth, finished on 122-7.