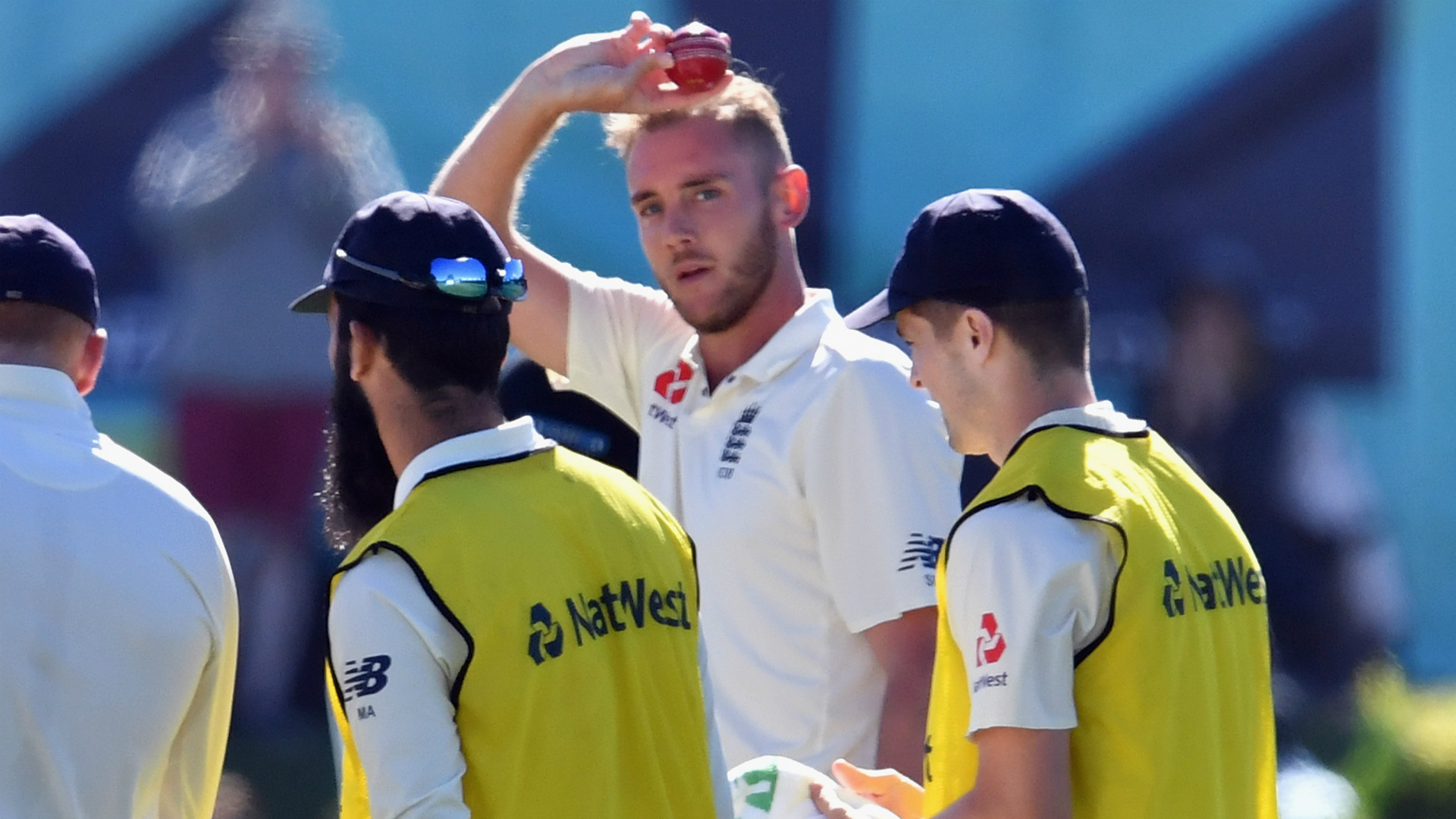 
England remain on track to end their trans-Tasman tour with a Test victory thanks to Stuart Broad's six-wicket haul and fine knocks from James Vince and Mark Stoneman on day three of the second match against New Zealand.

Joe Root's England surrendered the Ashes urn following a forgettable 4-0 series loss to Australia, while the tourists were embarrassed by an innings and 49 runs against New Zealand in the opening Test having been bowled out for a humiliating 58.

It has been a long tour for England after arriving in Australia in October ahead of the Ashes but the visitors are in a strong position in Christchurch, where they reached 202-3 at stumps on Sunday – a lead of 231 runs.

Stoneman (60) – who successfully challenged a decision and was dropped by Ross Taylor – and Vince (76) – his maiden hundred still elusive – put on 123 runs for the second wicket after Alastair Cook (14) fell early to Trent Boult (2-38) as New Zealand's bowlers toiled without much success in fine batting conditions.

Tim Southee (1-42) and Boult struck in the latter stages of the day but England were still in control with Root (30 not out) and Dawid Malan (19 not out) settled in the middle.

New Zealand's tail wagged, battling to 278 all out after resuming on 192-6 as England paceman Broad finished with 6-54.

BJ Watling and Southee returned to the crease, unbeaten on 77 and 13 respectively, and the pair frustrated England's bowlers.

Watling added eight to his overnight score, while Southee – who signalled his intent with a six off Ben Stokes (0-17) and back-to-back boundaries to punish Mark Wood (0-69) in the next over – brought up his fifty.

It took the second new ball for England to dismiss the duo, with Watling (85) sent back to the pavilion after a gem of a delivery from James Anderson (4-76) smashed the stumps.

Ish Sodhi (1) was the next to go as Broad claimed his first five-wicket haul since England's Test showdown with South Africa in January 2016, while Southee's (50) fun was ended by Anderson.