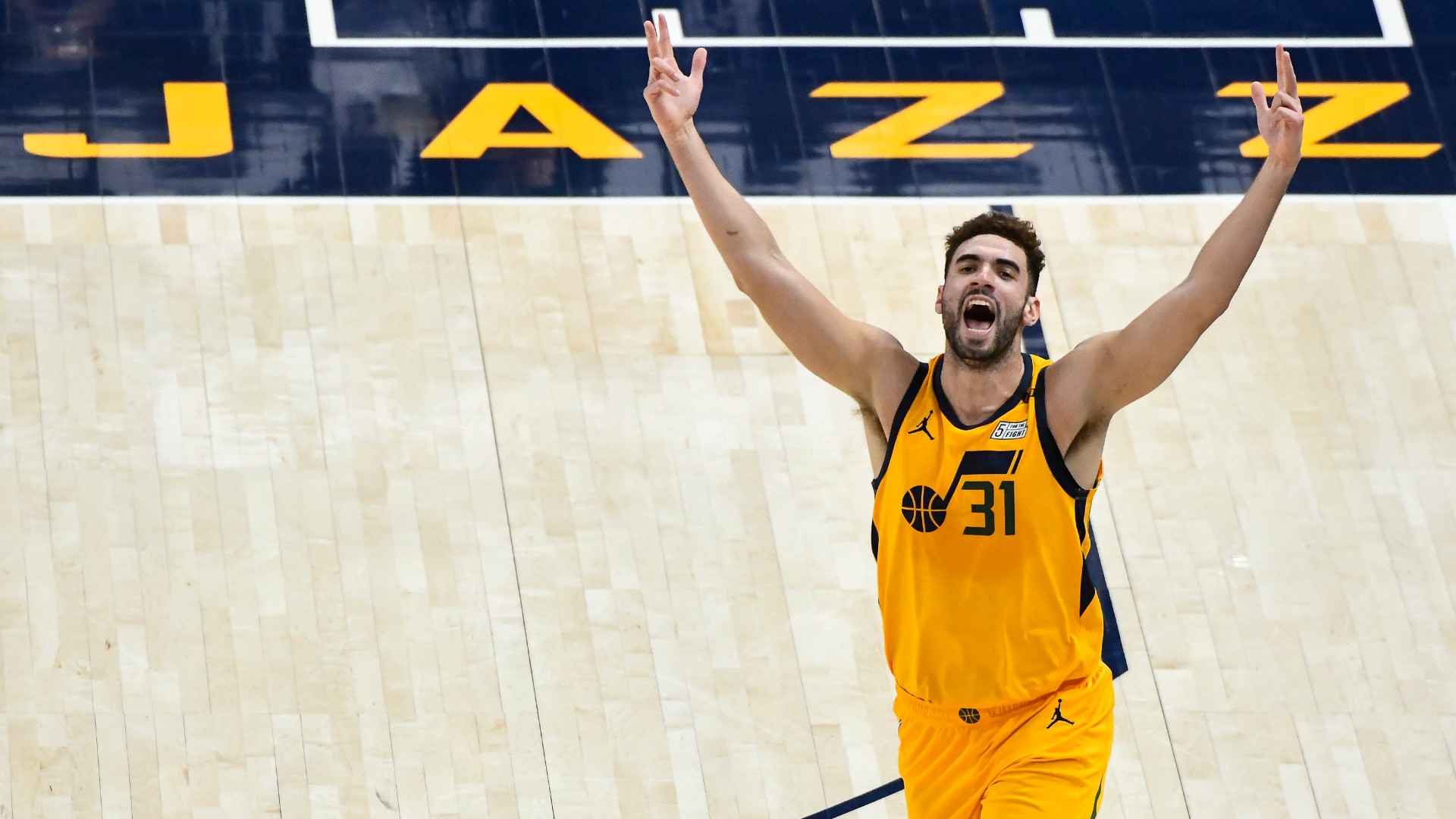 
Western Conference leaders, the Utah Jazz, bounced back from their first loss in 10 games by draining a franchise-record 28 threes while crushing the Charlotte Hornets 132-110.

Donovan Mitchell top scored with 23 points, while three players – Joe Ingles, Jordan Clarkson and Georges Niang – came off the bench to post 20 points or more to send the Jazz to 25-6.

Ingles and Niang each shot seven from downtown, while Clarkson added five.

Utah became the fastest team in NBA history to record 500 three-pointers in a season, setting the record at 31 games.

The @utahjazz bench combined for 19 three-pointers tonight, the most by any team's subs in a game in NBA history.

Meanwhile, the Los Angeles Lakers could not snap their losing streak after falling to the Washington Wizards 127-124 in an overtime thriller.

After the Wizards fought back from a 14-point half-time deficit to take the lead, LeBron James’ fadeaway jump shot made it 115-115 with less than 10 second left on the clock.

Bradley Beal (33 points) and Russell Westbrook (32 points) led the comeback and the star duo completed the job in OT, taking the Wizards' winning stretch to five and the Lakers' losing run to three.

Bradley Beal, Russell Westbrook and the @WashWizards prevail in OT for their 5th straight win!

Devin Booker did the damage as the Phoenix Suns made it three wins in a row with a 132-100 triumph against the Portland Trail Blazers.

Booker came up big, netting 34 points before taking the fourth quarter off. Damian Lillard's 24-point response was in vain as fourth place downed fifth in the Western Conference.

The Houston Rockets slumped to an eighth consecutive loss after they were blitzed by the Chicago Bulls, who scored a quarter season-high 46 points in the third, to wrap up a 120-100 win.

Rockets starting center P.J. Tucker blanked through his 22 minutes on court, missing three field-goal shots, while point guard John Wall made just four of his 14 attempts to shoot at 28.6 per cent for his 15 points.

The Lakers stunned the Wizards within five seconds of a turnover as LeBron's long hook pass found Kyle Kuzma to tee up Kentavious Caldwell-Pope for the three-point bucket.

The 20-11 Philadelphia 76ers still lead the way in the east after some up-and-down form, but face a stern test when they travel to Tampa to face a 16-15 Toronto Raptors side seeking a fifth straight win.