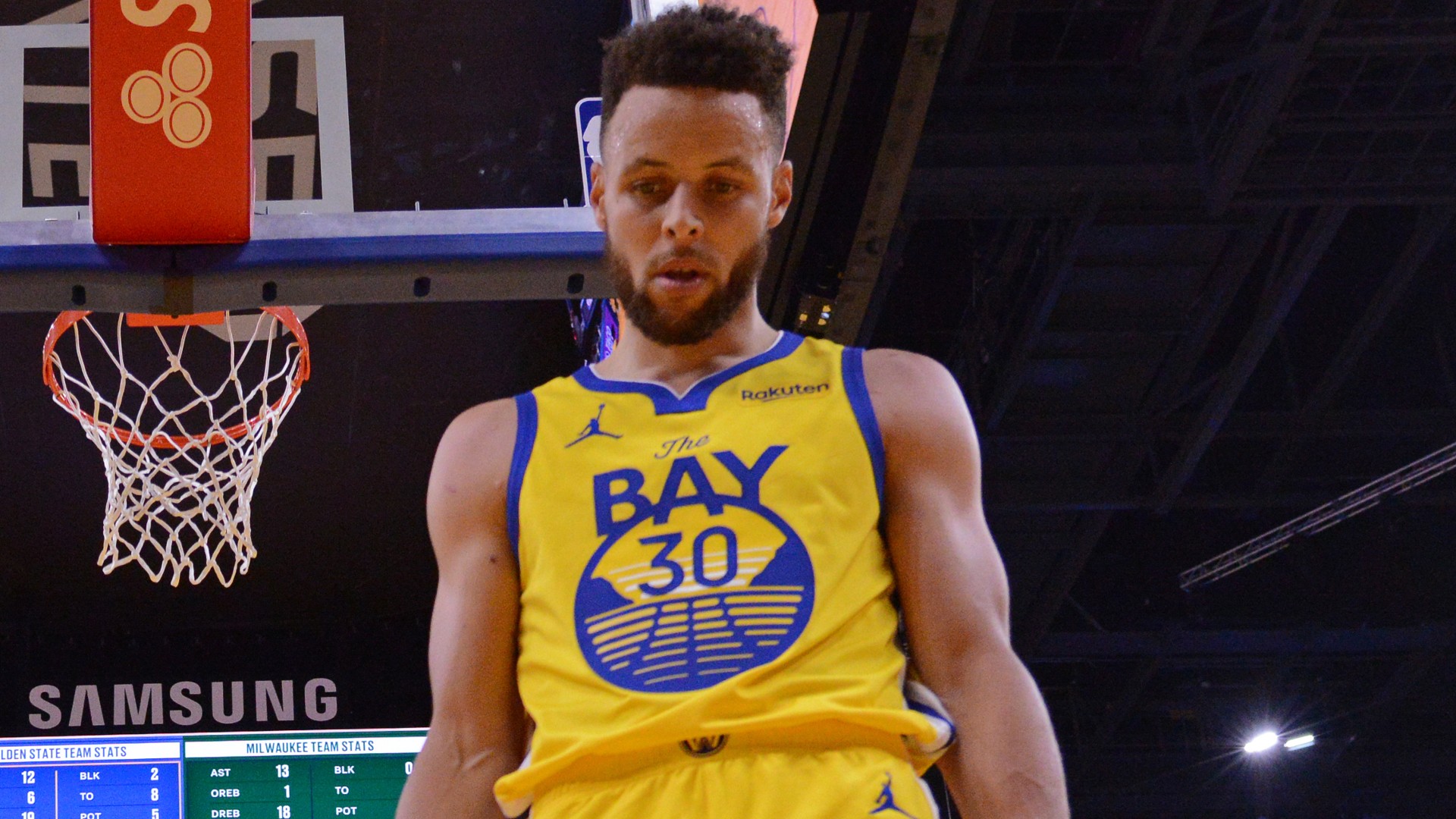 
Stephen Curry produced a "phenomenal" performance to help the Golden State Warriors topple the Milwaukee Bucks for a much-needed win, according to Steve Kerr.

Point guard Curry has been bothered by a tailbone injury in recent weeks, meaning he had only played in two of his team's previous eight games heading into the clash with the Bucks.

However, the 33-year-old barely looked like he had barely missed a minute on Tuesday, contributing 41 points as the Warriors prevailed 122-121 against Milwaukee, who were without Giannis Antetokounmpo.

"I thought he was just phenomenal," Kerr said of Curry, per quotes on ESPN.

"I mean, Jrue Holiday's one of the best defensive guards in the league, and I thought Jrue did a great job on Steph all night just pressing him, using his strength and physicality. And Steph still goes out there and gets 41.

Curry went 14-for-21 from the floor and hit five three-pointers, including one with just over a minute to play during a dramatic conclusion to the see-saw contest.

Kelly Oubre Jr. converted a pair of free throws with 7.7 seconds remaining to put Golden State ahead, with a strong defensive stand on the final play securing a first win in four games.

Fourth 40-point game of the season for @googlecloud || Player of the Game pic.twitter.com/HSXbf2dMJi

Curry was playing on a minutes restriction but revealed how a conversation with Kerr led to him staying in the game for a little longer than planned in the fourth quarter.

"I was feeling good, in terms of the injury and all that. With two days off after tonight, I think we took all that into account," Curry said over his playing time.

"I feel good pretty much every game and want to play more, but obviously - considering where we are right now and the way the game was shaping out – it was winning time. Thankfully, it worked out."

There was concern when Curry – who is closing in on the all-time franchise points record, currently held by Wilt Chamberlain (17,783) – fell to the court following contact on a drive to the basket.

"It only hurts if I fall on it now. I'm kind of turning the corner where for the majority of the game, I didn't pay attention to it at all – until I landed on it," he told the media after the game.

"If I can stay off it, I'm in good shape to not have it in the back of my mind."

Oubre finished with 19 points for Golden State, while Kent Bazemore contributed 18 from the bench.