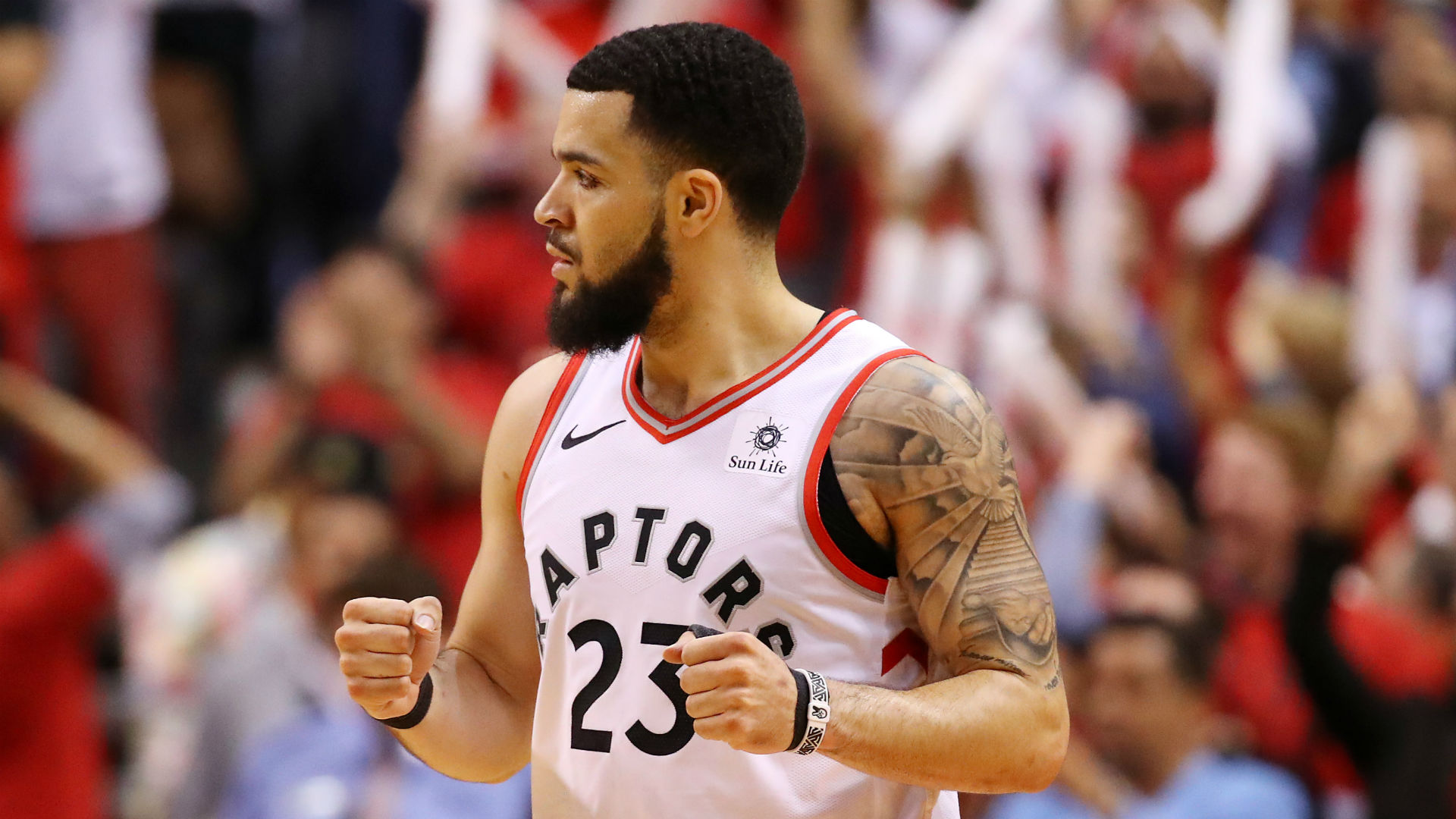 
Toronto Raptors guard Fred VanVleet credited the birth of his second child for helping him return to form after the worst shooting slump of his playoff career, as they levelled the Eastern Conference Finals with the Milwaukee Bucks.

VanVleet flew to Illinois on Monday to witness the birth of his son Fred Jr, before hurrying back to Toronto for the Raptors' 120-102 Game 4 victory over the Bucks, which tied the series at 2-2.

The 25-year-old went seven for 44 and three for 25 from three-point range since the start of the Conference semi-finals with the Philadelphia 76ers.

However, in Game 4 he went five for six shooting and nailed all of his three-point attempts as he, Norman Powell and Serge Ibaka added 48 points from the bench.

"It makes you tired," VanVleet said of the arrival of his second child. "It gives you a little perspective, I guess, on life.

"It just changes the way you're looking at things. You are not so down on yourself about everything."

Fred VanVleet comes up with the steal and lays it in!#WeTheNorth 104#FearTheDeer 84

10-3 @Raptors start to the 4th on @NBAonTNT pic.twitter.com/adeFL1fbJI

The bench's performance took the strain off Kawhi Leonard, with Toronto able to level things up despite the former San Antonio Spurs star tallying just 19 points after racking up 36 in their Game 3 win.

"We know we have to be better," VanVleet added. "We see all the stuff. We understand what the narrative has turned into, that it is kind of 'Kawhi Leonard and The Backup Singers.'

"We understand that. Sometimes it has been like that, and there's other stuff that goes into that. There's give and take there. But we have to do the same s*** again in Game 5."

The Raptors are aiming to make the Finals for the first time in franchise history, with defending champions the Golden State Warriors awaiting the winner of the series.

Leonard said of the production his team-mates delivered: "It was big time. Everybody contributed, knocking down shots, playing great defense.

"[I] feel good. Keep going, keep fighting. We have a chance to make history."