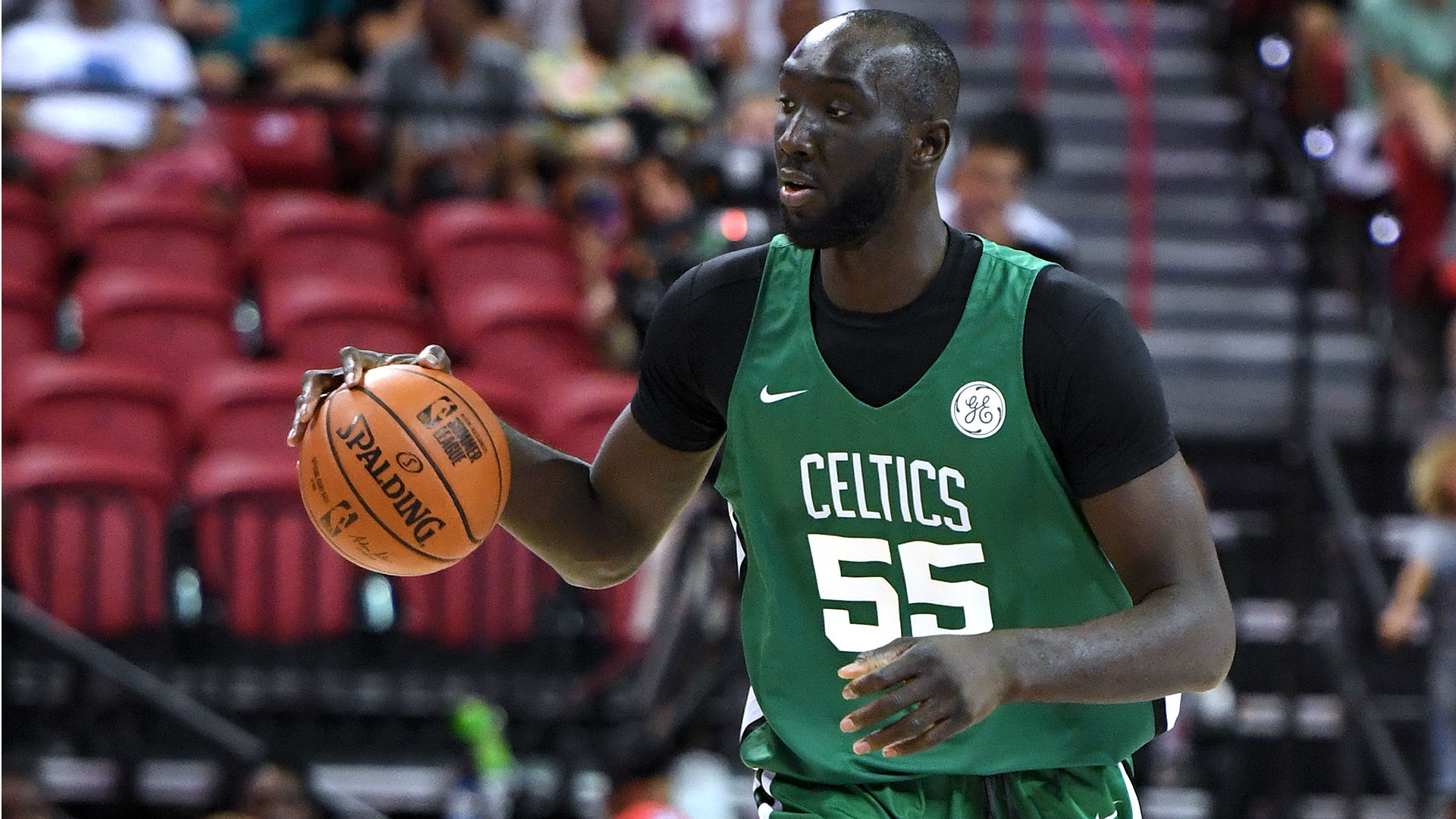 
Tacko Fall could start the season in the NBA after impressing with the Boston Celtics.

The center out of Central Florida went undrafted in 2019 but impressed in the summer league after signing a non-guaranteed Exhibit 10 contract with the Celtics.

General manager Danny Ainge was asked about Fall during a news conference on Wednesday.

"He's a high priority for us to try to really develop into a player."

The Celtics have an open roster spot, which Fall could fill, after they waived forward Guerschon Yabusele earlier this month.

"I think that Tacko is going to have a chance to make the roster, but we'll see," Ainge said. "He's here working out right now, brought him in for a few days. We see some upside there, we're excited about him."

Fall averaged 7.2 points and 1.4 blocks while shooting 77 per cent from the field during his time with the Celtics in the summer league.

"You know, some of the plays he makes are hilarious, because you just don't see them," Ainge said. "I mean, guards get in a bind and they just throw the ball up in the air and then Tacko grabs them and tip-toe dunks them into the basket. It just looks like it's a senior in high school playing against fourth-graders sometimes out there."

The Celtics lost Kyrie Irving and Al Horford in free agency this offseason. But, they signed both Kemba Walker and Enes Kanter.